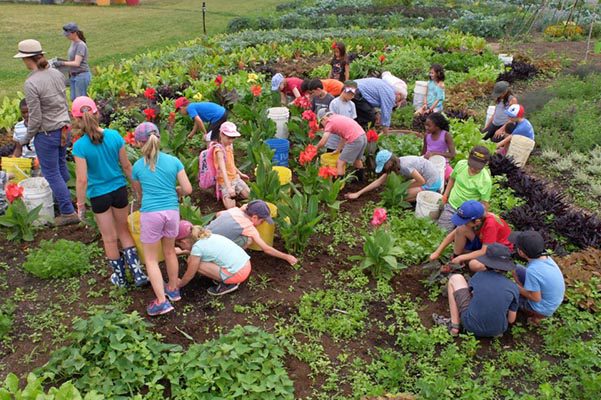 Currently, the city is already making significant investments in urban agriculture projects. This budget comes mainly from the activities of Montréal in Common ($7.5 million), which is developing a culture of innovation and experimentation based on community needs.  Through this program, tangible community-conceived solutions can be quickly implemented and tested with citizens. In the urban agriculture and food components, four projects are underway to increase the effectiveness of community food distribution organizations, improve access to healthy, local food for vulnerable populations, pool local resources to feed everyone and reduce waste in the food distribution chain.

The City of Montréal has also just announced an investment of $10 million in its community gardens over the next 10 years. This funding will allow us to consolidate and improve existing services by upgrading and renovating obsolete facilities in Montréal’s network of public community gardens. It will also provide for developing new spaces and adding cultivable areas in the ground and in containers.

In addition, to stay the course in the face of the pandemic, the city put in place a plan to support Montréal’s economy in 2021. Entitled “Acting Now to Prepare for Recovery,” this plan calls for an investment of $60 million. The plan includes two actions in urban agriculture, i.e., $1.2 million to support the creation of an urban agriculture mini-hub and initiatives that promote research and the transfer of expertise, encourage networking and ongoing training for urban agriculture project managers, as well as networking among owners and entrepreneurs.

This initiative is innovative in that it includes all City and private/community activities. Several actions are financially supported and the municipal administration is focusing on actions it wishes to implement or improve in the short term, such as developing a regulatory framework for urban beekeeping in harmony with biodiversity, and promoting the production of local, high-quality compost and facilitating its distribution.

In addition, the City wants to stimulate and encourage emerging initiatives such as the development of biodiversity gardens certified by the Montréal Botanical Garden and encourage edible landscaping projects and mini food forests in the boroughs. Other all-encompassing measures aim at integrating fruit trees in certain greening projects and adopting agricultural practices (use of melliferous plants) that promote biodiversity. More recently, as of January 1, 2022, the city adopted a new by-law that strongly regulates the sale and use of pesticides within its boundaries.

All of these measures are strongly backed by residents and supported by local community and major business organizations.

In addition to being a field involving multiple competencies, Montréal’s urban agriculture brings together a group of players with diverse expertise as well as a plurality of visions. This can be both a strength and a weakness. It is therefore important that the city continue its efforts to consult and dialogue, involving stakeholders in processes, from planning to implementation on the ground.

The great number of initiatives and diversity of actors in Montréal require an improved governance framework on several levels. It is important to encourage exchanges and collaborations between City departments and boroughs, and to create and strengthen partnerships with both community groups and other levels of government. These partnerships will avoid duplication of efforts, ensure better alignments and create positive synergies to drive urban agriculture. Several actions are being implemented to achieve this, including creating and strengthening exchanges between experts from the city’s central departments and boroughs and creating spaces for sharing and consultation with community partners.

At the launch of the Urban Agriculture Strategy, key stakeholders spoke out and highlighted the City’s efforts in this area.

“Montréal is one of the world’s urban agriculture capitals, known for its social initiatives and urban agricultural businesses (with a) strong presence in (related) research and university and college education. Montréal’s diversified Strategy supports the movement and actions undertaken by the boroughs in recent years (and) will enable social urban agriculture and urban farms to continue their roles in a green and inclusive economy and in transforming the city, particularly in urban areas undergoing redevelopment. Montréal is asserting its place as the capital of urban agriculture,” said Eric Duchemin, Director of the Urban Agriculture Laboratory (AU/LAB) and associate professor at ISE-Université du Québec à Montréal.

“With this … Strategy, the city is taking a major step to create residential environments that support the sustainable health of people and the planet. (This) is a lever for democratizing access to fresh produce and strengthening … food security and autonomy… It is a strategic contribution to the Montréal Food System Council’s Integrated 2020-2022 Action Plan” said Anne Marie Aubert, FSC coordinator.

“Cultivate Montréal, the network of Montréal farmers, is pleased to support the city in this process by continuing its pivotal mobilizing role… We are particularly enthusiastic about the collaborative efforts outlined and will continue to support these initiatives for the achievement of grounded, sustainable, ecosystem-related collaborative projects and programs” concluded Marie-Anne Viau, President and co-spokesperson of Cultiver Montréal, and Gaëlle Janvier, co-spokesperson.