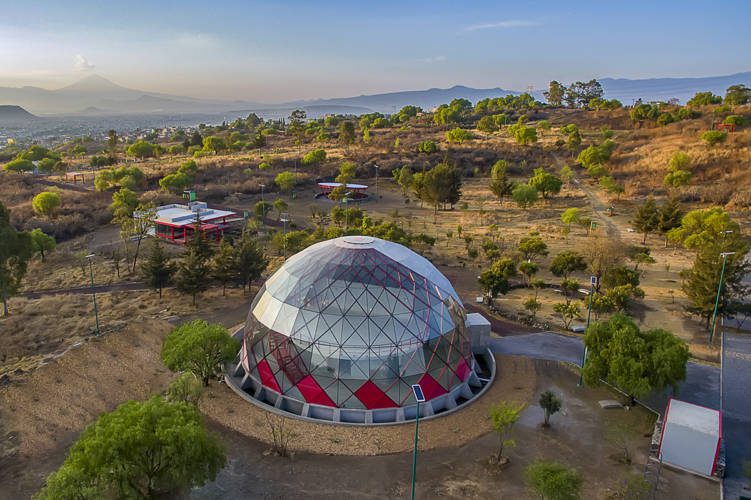 Due to its geographical location and orographic characteristics, Mexico City is a system exposed to various climatic and hydrometeorological hazards. Because of anthropogenic factors such as overexploitation, expansion of the urban sprawl, changes in land use, soil, water and air pollution (the city emits 27 million tons of carbon dioxide equivalent) and the effects of climate change, the city faces problematic situations caused and intensified by the deterioration of ecosystems and the loss of its biodiversity.

There is a large amount of evidence on the intensification of the effects of climate change and the deepening of the conditions of the environmental problem in the city, which led to the establishment of very ambitious goals in 2019 to reverse these conditions, such as a 10% reduction in CO2equivalent emissions, compared to those produced in 2018.

The most important effects that directly impact the inhabitants have to do with material and human losses due to extreme rains, floods and landslides (between the years 2000 and 2015 there were 51 events of this type that affected 52,331 people), urban heat islands and temperatures extreme high temperatures that, combined with changes in rainfall patterns, generate conditions for a greater incidence of fires that contribute to the loss of ecosystems (from 2019 to 2020, the area affected by fires in conservation land had been reduced by 50% thanks to the increased resources for its attention, but in 2021 the affected area doubled due to a severe drought condition linked to the ENSO-Niña climatic phenomenon).

There is great evidence on the intensification of the effects of climate change and the environmental problems in the city that led to the establishment of much more ambitious goals in 2019 to reverse these conditions. Between 2000 and 2015, Mexico City registered a total of 66 hydrometeorological phenomena, whose impacts are the most costly and damaging due to the impacted extensions and the affected population. The most frequent were related to torrential rains and storms, landslides, low temperatures and strong winds, which caused damages of 1,173,876 million pesos (56 million dollars), affecting 11,107 homes and 64,655 people (Source: National Center for Disaster Prevention).

Also, from 1991 to 2020, 12,332 fires were registered in the city, 10.6% of the fires in the country (Source: National Forestry Commission) and the temperature in the urban area has increased up to 5°C with respect to the rural area in the dry season of the year and 4% with respect to its surroundings (mainly urban areas with cement and asphalt structures).