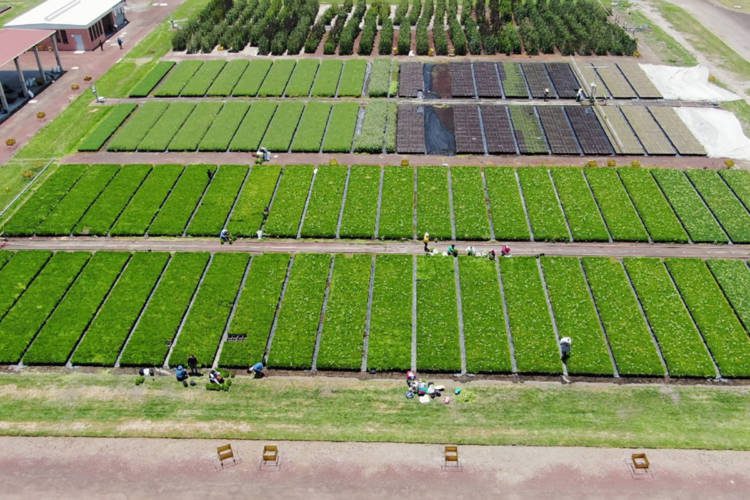 The Green Challenge of Mexico City established the goal of planting 10 million trees and plants. To date, 27,082,593 have been planted. This was possible at the confluence of the coordinated effort of all sectors. In short, thanks to:

The Green Challenge began in 2019 with the goal of planting 10 million trees and other plants. However, more and more social and private actors have joined and have contributed to the planting of more than 27 million specimens. Each intervention arouses the interest of the inhabitants and sublocal governments in replicating the green areas. Coordination between authorities as a main element of the initiative has made the attention to these needs increasingly efficient.

Different strategies have made it possible to generate a positive change in the relationship between the inhabitants and their natural spaces, causing cascading actions associated with capacity building and revegetation of the city. They are between them:

The “green infrastructure” concept is of recent appearance in government agendas, and there are principles that make it a milestone for development planning, considering the increasing importance given to the natural environment, social impact and mitigation to climate change.

Mexico City is part of the Metropolitan Zone of the Valley of Mexico (ZMVM), in conjunction with parts of the State of Mexico and the state of Hidalgo. This region has socio-environmental and economic conditions that cannot be addressed in isolation. The State of Mexico created its first Green Infrastructure Plan in its capital (Toluca) and an historic collaboration with Mexico City will allow the rehabilitation of “Río de los Remedios” river (15.7 kilometers), which crosses territorial demarcations in both territories. The SGIP has also motivated the creation of a management program based on Green Infrastructure in two southeast Mexican cities: Campeche (Campeche) and Mérida (Yucatán).

This strategy provides a systemic vision that can be adapted to each city, since it is based on a combination of global conditions (loss of biodiversity, ecosystems, climate change) and local elements that can be developed locally (classification by regions, selection of native species, involvement of all sectors).

To achieve comprehensive interventions with socio-environmental benefits, as well as the widest possible scope, given the depth of the environmental crisis, it is desirable a combination of priority interventions defined by the government and an open call to all sectors that creates incentives in a context in which the effort and recognition belongs to all.