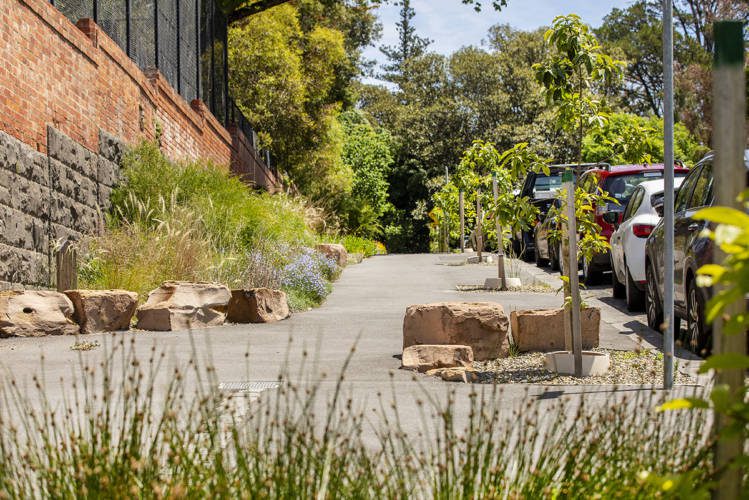 Melbourne have long been a city with generous street widths; however, it was originally laid out in large blocks with all of the open space located on the edges of the central business district. The domination of buildings and roads led to a city overrun by the cars and the gradual erosion of the natural and pedestrian environment by the 1980s. The City of Melbourne’s 1985 Strategic Plan determined to reverse this trend and place greater emphasis on pedestrians and other modes of movement, making the city a more attractive destination to its residents and visitors alike.

Over time, this ‘Grey to Green’ approach has allowed the city to complement the increase in its residential population and visitor numbers with substantial increases in public open space across the municipality, providing more opportunities for recreation and improved quality of urban life for residents, workers and visitors.  Increased green space and permeable surfaces has increased opportunities for tree planting and for the improvement of growing conditions for urban vegetation. The City’s Urban Forest Strategy, highlights the benefits of additional trees and lawns on the city’s microclimate, resulting in bigger tree canopies and increased biodiversity, while reducing the urban heat island effect and contributing to climate resilience.

Growing populations, particularly in the most densely populated areas of the city are most impacted by limited access to public open space, access to nature and quality urban streetscape.

We saw the seriousness of this issue during the extended Covid lockdowns in Melbourne where the importance was highlighted of the need for quality and proximity of local open space, and generous neighbourhood streetscapes. Those in apartments, particularly in shared accommodation or with children found this time particularly challenging.  These communities also tend to have other aspects of disadvantage that may compound their health and wellbeing and limit their opportunities to access other public spaces at a further distance.

The increased pressure of intense use of open spaces was also evident during the lockdowns when movement was limited, increasing demands on maintenance and council resources.

The diversity of types of open space and opportunities for people and urban wildlife to find refuge is an important consideration.