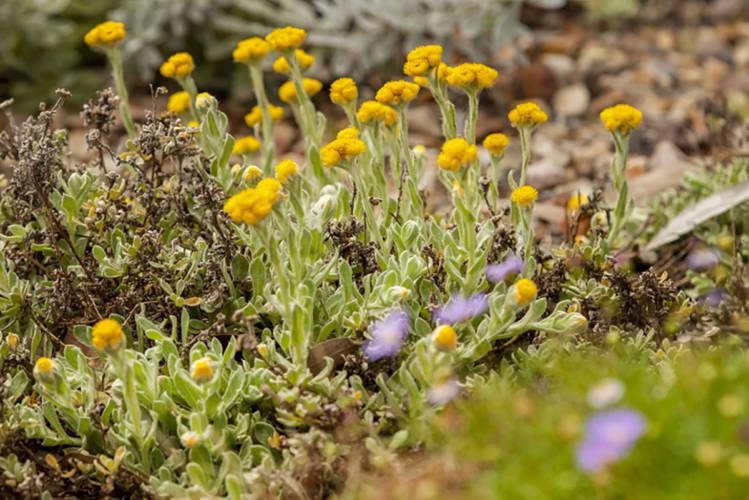 Grey to Green initiative delivers carbon benefits in two keys. Through delivering on the city’s urban forest targets, the program seeks to enable the city to play a role in carbon capture, to ensure a healthy and resilient tree canopy that can support community and ecological health and wellbeing. Across the spaces delivered since 2018, more than half the area is garden bed and with over 400 plant species incorporated.

By enhancing walkability of the city, through generous pedestrian spaces that provide comfortable microclimates for people, the use of other transport modes that produce emissions is reduced. The creation of new public space on Southbank Boulevard has been enabled through reconfiguring and reducing vehicle traffic space and repurposing half of the former road to public open space. The project has also trialled the introduction of greening to the realigned tram tracks to explore the potential for reduced heat island within these infrastructure spaces. This project is enhancing walkability and promoting public transport use to support emissions production.

Council’s procurement policies and specifications also aim to reduce the consumption of carbon in the construction of city projects.  Whilst this is a work in progress, current projects such as Greenline are investigating carbon costing to inform opportunities to minimise embodied carbon and emissions.

City of Melbourne declared a Climate and Biodiversity Emergency in 2019 and across all Council’s activities we are seeking to both reduce the city’s contribution to global warming and identify and address areas of vulnerability to promote city resilience.

Research commissioned by City of Melbourne’s Urban Forest team into the future suitability of tree species for Melbourne’s warming climate plays a role in species consideration for projects in the Grey to Green program. Similarly, species selection for flood prone areas of the city such as Boyd Park in Southbank have considered tolerance to inundation as well as salinity.
Diversification of species is a major aspect of the Urban Forest. strategy and projects such as Southbank Boulevard are allowing a shift from monocultural streetscapes.

In supporting the management of increased storm events, the Grey to Green approach is delivering benefits at a macro and micro level though large-scale infrastructure such as the Lincoln Square detention tank, and through increasing permeability on a local scale through small park expansions. Expansions to Clayton and Gardiner Reserves, both in low lying areas of the city, provide an important role as a soak during flood events and minimise street runoff to the nearby Moonee Ponds Creek.

Contamination of soil substrates of city roadways and city parks has occurred since European settlement and the development of the city. Each project involves soil testing to understand the nature of this contamination and inform both the design of the spaces and the approach to remediation.  Wherever possible, soil is retained on site and capped or remediated to address exposure for the public and improve its horticultural performance.  Examples of this are Railway and Miller Reserve and Hawke and Adderley in West Melbourne with site levels carefully managed through the design process.  Continuing work by the city’s parks and ecology teams are exploring the potential for ongoing soil improvement to assist with improved water retention, the role of soil in carbon sequestration and soil ecology. Recent projects at Lincoln Square are promoting habitat for native bees whose hives are burrowed in the soil.

Melbourne experienced more than a decade long drought from 1997 to 2009. Through this period a range of initiatives were undertaken to build the resilience of the city’s landscapes to manage water carefully.  This included designing streets and parks to increase opportunity for water capture and infiltration for passive irrigation. A number of water harvesting projects have been undertaken to reduce the reliance of city parks on potable water for irrigation. This includes stormwater harvesting at University Square and a large stormwater detention tank as part of the Lincoln Square project.