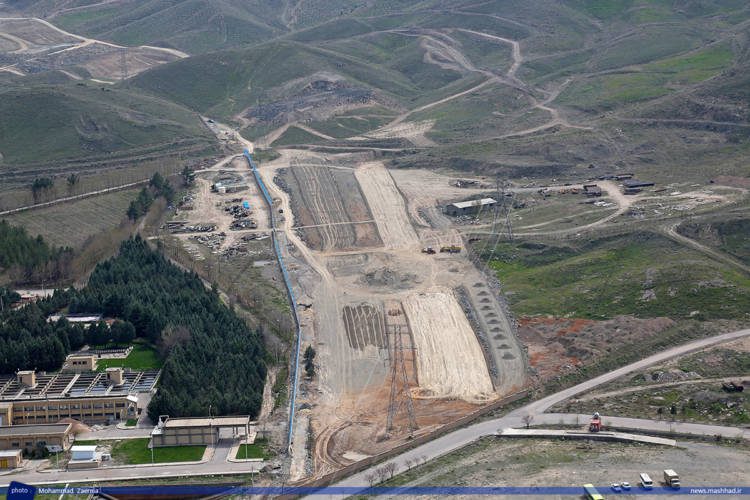 The most important factor that is affected by the project is its natural environment. The construction of the former highway has led to the imposition of irreparable destructive effects on vegetation and water resources of the region. By stopping road construction and changing land use, the process of destructive environmental interventions was ended, and efforts were made to preserve the existing nature. Predicting investment packages will also increase employment opportunities for citizens.

The main phenomenon that needs attention in this area was the construction of residential structures along the thalweg line of the project. A place whose inhabitants were affected by a flood in 1988. Due to the passage of the thalweg line through the project and looking at the water supply needed to irrigate the green space and wildlife of the project, the plan to build a flood control dam was considered. In this regard, a sewage canal was constructed to transfer and collect seasonal runoff to the built-in dam. With the construction of this dam, the risk of damaging seasonal floods to residential areas was eliminated, and also by maintaining water, the possibility of irrigating the green space of the project was provided from within.

The special potential of this project is a good view of the city. Therefore, a section entitled “Vision Terrace” was designed, and built. Using the concrete slab network, the problem of not crushing the subsoil poured in the path of the sidewalk was solved.

This project has caused the quality of housing in the surrounding areas to be improved. Changing the traffic function of the area to a natural park and preserving nature has prevented further damage to the environment and the plant and animal life of the area is preserved. Changing the application of the area to a natural park will increase the price of land in the surrounding areas and attract investors, and to prevent the destructive effects on urban structures, it is necessary to control the investment process by urban management. The proposed measures to organize the climbers’ routes and provide mountain safety services will increase their safety in the area. In addition to the above, in the project policies of conservation and restoration of damaged plant species, reorganization of the hydrological network, restoration of water resources, preservation and restoration of topography and natural bed of the area to reduce the destructive effects of the road operations of the former South Belt project and the improvement of spatial quality and conservation of natural resources are considered. The project intends to attract recreational activities and provide urban services, attract capital and create jobs in the area and attract different groups of people.

Another issue was the collapse of wells in Gash village. Due to the proximity of the city to this village, its inhabitants migrated, and the village was in a semi-ruined state. In the visits made during the project studies, the wells were identified and placed on the rehabilitation agenda.