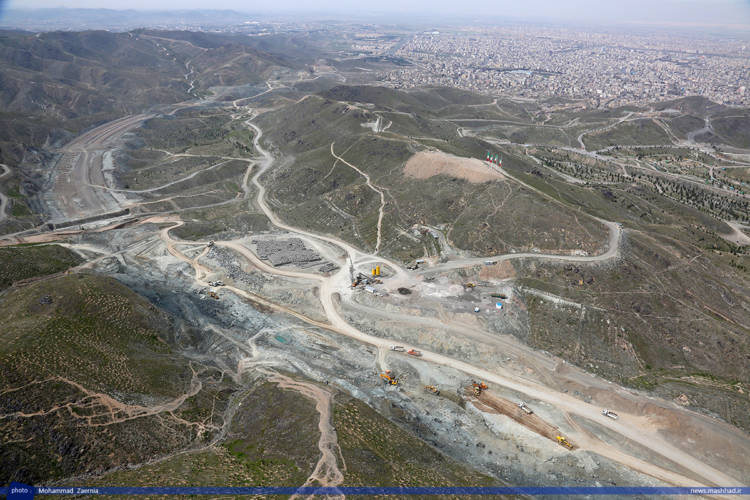 The success history of this project can be examined in various dimensions such as legal, social, executive, etc. dimensions. The change in the performance of the area lands in the approved detailed plan can be considered the success of this project from a legal point of view. But the main success of the project became clear to everyone when, despite the unfinished design and execution process, it was met with a great response from the citizens as a family recreation area. Evidence of this is the full presence of people on different days of the year and at different times of the day. The creation of multi-purpose green spaces in this project has led to the reduction of pollutants in the city of Mashhad and the improvement of the urban environment.

Also, in this project, an attempt has been made to make full use of the existing facilities, for example, old wooden electric beams that were previously used in the old city of Mashhad, as well as wooden traverses of train tracks, all of which were located in the municipal depot they were renewed and used again.

This project, as the first experience of eliminating highways in Iran, is the leader of sustainable urban development projects in the country. What sets this project apart from other urban projects is the boldness of accepting the removal of a highway despite its high costs and changing its use to leisure-recreational use. Innovation of this project in changing the use in order to preserve the environment and natural resources and transparency in the implementation process by the presence of people can be considered the most important initiatives of this project so that in Mashhad and at the same time other parts of the project Like Kuhshar, Rudpark, and Zist Park, with preserving natural resources approach, were executed. The location of these projects in the city and the balanced distribution of leisure activities in the city will reduce the pressure on the surrounding countryside. Also, the location of these projects relative to each other in Mashhad has led to the formation of a continuous ecological network. The project aims to provide a deeper understanding of ecological processes and a platform for environmental education by showcasing natural infrastructure and processes and recovering landscapes and recalling the past; So that users of space become sensitive to nature by observing ecological infrastructure and natural processes and the experience of being in revitalized nature. Finally, it can be said that this huge project in Mashhad will be a place where we learn from nature, enjoy it, adapt to it, and shape our environmental behaviours.

The project was designed in coordination with various organizations, grassroots groups, NGOs, and the academic community to carry out large-scale environmental action. Changing the perspective on urban development, paying attention to the environment, adopting approaches appropriate to sustainable development, conducting environmental studies, involving different social groups and national and urban decision-makers in urban development projects and decentralization in the development process are some of the things that this the project can educate other cities. The unparalleled welcome of citizens and the results of environmental studies are a testament to the educational capabilities of this project.

In fact, it can be said that this collection is a unique combination with the ability to identify and present different ecosystems in different climates of Iran, which can be localized based on the needs of each city. In this way, each city with a different climate, architectural style, and lifestyle can use this diversity to implement and simulate this project.