A place to explore 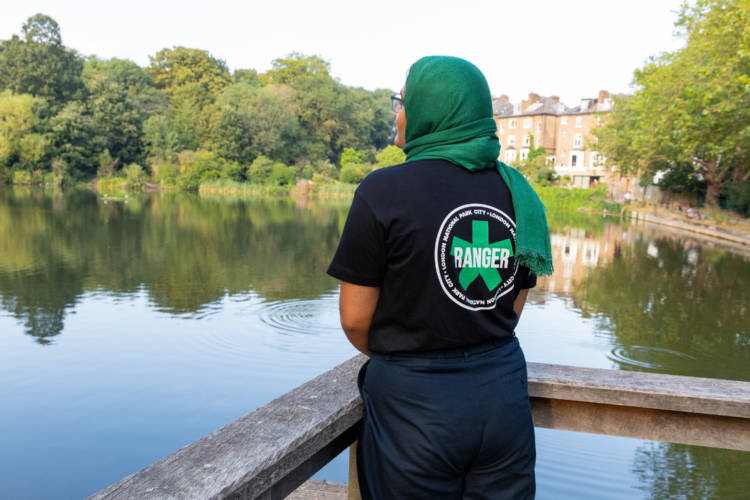 “Fundamentally, a national park city is a place that you can explore, you can enjoy, you can improve, you can make better, or you can make worse” he explains. This was strongly illustrated in the London National Park City campaign through the production of attractive and accessible maps and posters. One could argue that there are minimal differences between the visuals created by the London National Park City campaign and the maps available in the ALGG area frameworks, but this would be overlooking how the maps were designed and used.

One of the maps, which was created by Charlie Peel, captures all of London’s green spaces and footpaths into one single sheet of paper, about a metre squared in size, allowing people to see London as one landscape and realise how much of it (close to 50%) is green. Neither the ALGG maps, which are fragmented and embedded within each area framework, or commercially produced maps of London provides such a London-wide picture.

Some of the designs where finalised through collaboration with London-based artists, such as Helen Ilus’ Greenground Map, emulating London’s famous tube map. Such maps were systematically used during the campaign when engaging with wide ranging audiences either in person or via social media. The London National Park City website highlights a range of destinations and experiences London’s network of green and blue space has on offer, all supported by free to download and user-friendly visuals.