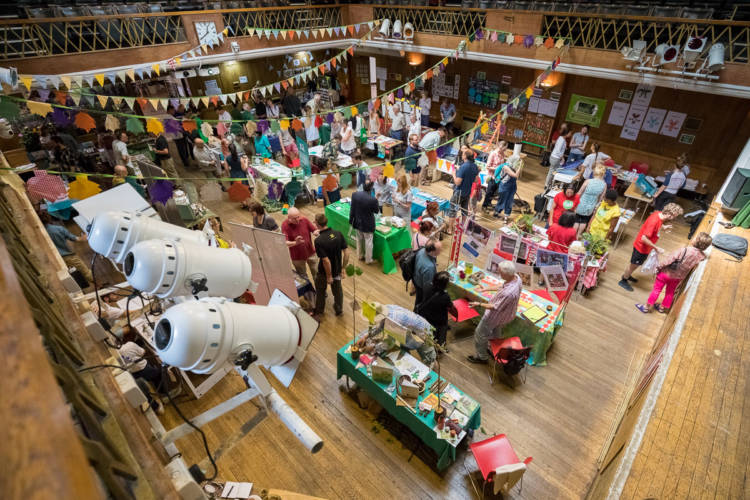 “Thirdly”, Daniel Raven-Ellison explains, “[a National Park City] is a community. In London we talk about the London National Park City movement, a movement of people…It is about recognising the diversity of people, of cultures, of practices that we have in this great city and celebrating that but also recognising that, just like in rural national parks, we face many challenges and threats as well. But what we have is the firm belief that within this city we have the ideas, the talent, the people to do truly transformative things, improve the quality of not just people’s lives, but also the quality of life of the species we share the city with.”

One of the distinctive traits of the London National Park City campaign was to place a very strong focus on people as the solution, rather than the problem. According to Daniel Ellison-Raven, bringing to the urban environment the landscape-scale approach that defines rural national parks “means everyone is included – whether they know it or not, like it or not…and the challenge and the job is to shift the dials so that more and more people are not only aware but involved and active on agendas making our cites greener, healthier, wilder”. In this journey, culture is seen as the primary medium to engage. “For many people, nature is a niche area of interest. Culture, on the other hand – poetry, music, art, sport and the other ways we behave towards each other – are all absolutely core to our society. It is through culture, storytelling and identity that large-scale change can happen” observes Daniel Raven-Ellison.

The London National Park City festival held in July 2019 to celebrate London becoming a National Park City was emblematic of this approach. It featured over 300 free events held over a week including outdoor theatre performances of The Gruffalo, a ‘Pedal Powered Party’ with live DJs, Living Symphonies, an audio installation set in London’s 6000-acre Epping Forest, and a wildlife photography competition. Attendance exceeded 90,000.