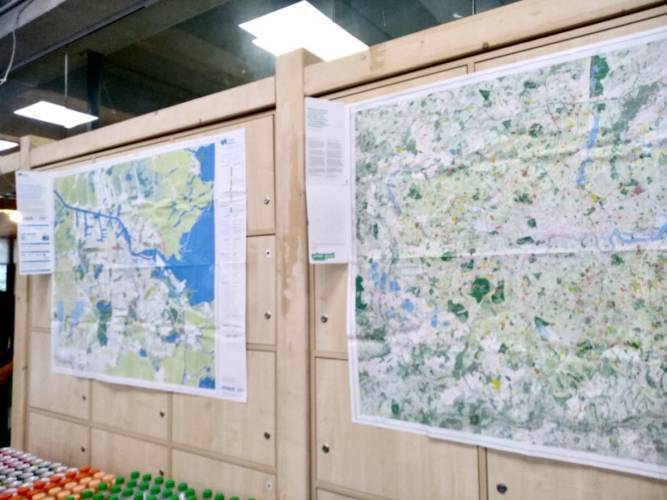 “[A national park city] is also a vision that you can share just like with other national parks, a contested vision of hopes and dreams and aspirations for that habitat, that landscape, that community” Daniel Raven-Ellison adds.

The strength of the London National Park City campaign launched in 2013 resides in allowing this vision to be flexible, focusing on consensual ideas around the presence and use of green in the city and question-asking.  Drawing inspiration from behavioural change theory as well as techniques commonly used for brainstorming, the campaign made extensive use of “What if…?” and “Why not…?” questions.

For example: “What if things were different because we live in a national park city?”. “What if there were otters in my local canal?”. “What if there are more swings in the park”. “What if there were outdoor learning in schools all the time?”. “What if streets were ten times greener”. “If you ask “what if?” questions inviting people to imagine possible futures, thereby shifting people’s sense of what’s possible in a rather playful, flexible, creative way… and then consider “why not?”, it creates the frustration to find the answer. But if you don’t ask the question, then, the leadership and demand that is needed on a large scale for change to happen isn’t there” explains Daniel Raven-Ellison. In London, this approach proved successful: by 2016, all of the leading candidates in the 2016 London mayoral election announced their support for London to become a National Park City.

By 2018, the campaign had reached its three-fold objective to secure support from: 1) a majority of the elected members sitting in the London Assembly, 2) a majority of the capital’s elected ward teams, and 3) Sadiq Khan, the newly elected Mayor of London. In July 2019, the latter co-signed the London National Park City Charter, setting out key actions to make London a city where people, places, and nature are better connected – which made London the first National Park City in the world.