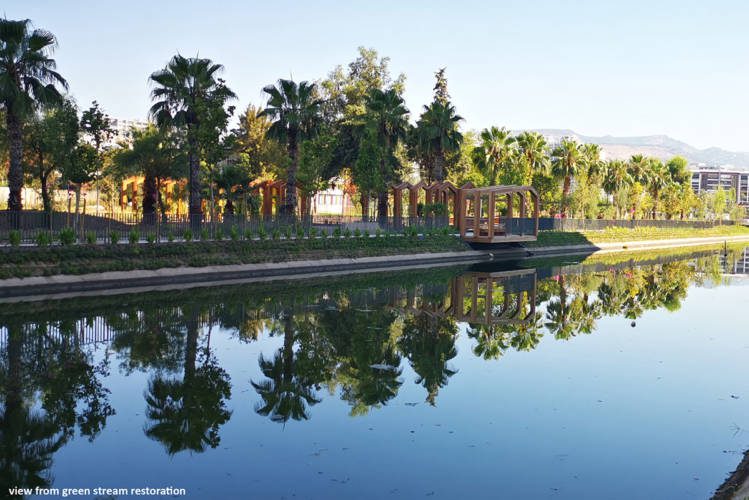 Based on a review of existing scientific literature, policies, and the information collected throughout the UrbanGreenUP project, a methodology for the assessment of the replication potential of NBSs was created. This methodology will be a heuristic aimed at guiding other cities and any other in creating its own model. It will be publicly available as a report along with the analysis of the replication potential in follower cities. One of the most important conditions for the applicability of the project is to measure the performance of the solutions brought by the application in the monitoring process and to interpret the results by taking into account the baseline values. In addition, measuring this area permanent in the long term and making its maintenance and management sustainable will also guide and ease the applicability of projects in different regions with this context. Similarly, the extent to which the public and the local government have adopted these practices and policy changes over time and the extent to which the local government has included these novel implementations in the planning and design processes of the venue is another important issue. Although local resources were sufficient to do such a project, international resources (for example, Peynircioglu is an EU project) and cooperation were very important in spreading such practices and increasing their visibility.

In terms of solving ongoing and potential problems in the area, plants have multifunctional and crucial roles that the project team have been aware of carbon footprint reduction, air circulation, preventing floods and their negative effects, removing pollution from both air and water and decreasing the effect of heat island. In addition to plant usage, the project includes solutions that cover a variety of complementary yet interconnected aspects of urban life and infrastructures.

With NBSs that are implemented in Peynircioglu Stream Ecological Restoration Project, it is aimed to: having greater carbon sequestration and reduction of air pollution (the aim of this measure is to retain and store atmospheric carbon by increasing the number of trees, tree crown cover and permeable surfaces), providing a range of benefits such as mixing rainwater into groundwater, microclimate regulation through shading and evaporation, food supply for biodiversity and recreation services, creating new green fields, increasing the water holding capacity of the soil, increasing the use of natural vegetation, increasing biodiversity, increasing public use of river banks, reducing Urban Heat Island Effect and creating a more permeable surface in terms of Flood Control and sustainable urban drainage systems. In the name of flood prevention, 1.6 km of stream bed restoration was carried out based on technical and engineering solutions. Within the scope of these objectives, permeable bicycle and pedestrian paths, green and permeable stream surface, green pavement applications, green fences, fruit walls and pollinator houses are implemented.