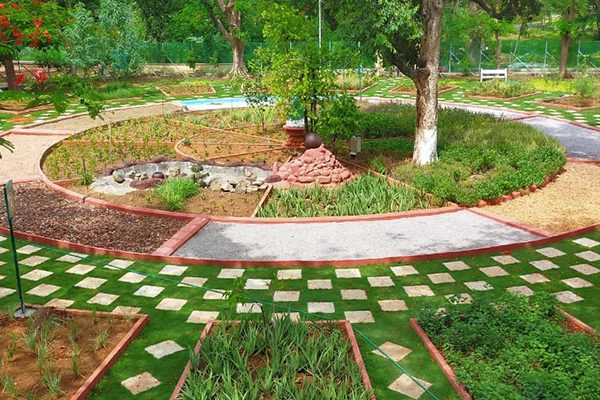 Hyderabad city is conglomeration of 10 million people. Increased urbanization and industrialization might have negative impact on ecosystems and environment especially people and lakes. As per 2018 data, there are over 5.3 million vehicles operating in the city, deaths resulting from atmosphere particulars matter are estimated at 1700 to 3000 each year. The vegetation status in 2011-2012 is about 11% of the area. Hence it has been decided to improve green cover to improve climate of Hyderabad city. Therefore, TKHH programme is implemented intensively potential areas for development of vegetation being roadsides, open areas, central median on roads, Urban open spaces, tank bunds, open areas in institutions, street /colony open lands etc.

The city is committed to creation of as much bio-aesthetic environment by developing green, beautiful & hygienic atmosphere for the citizens of twin cities as feasible. Through these healthy ecosystems, we wish to clean our water, purify our air, maintain our soil, regulate the climate, and recycle nutrients with a better living environment in the city. The initiative of massive afforestation in the city by way of very dense plantations, street plantations and restoration of lakes has improved the green cover in the city. Further there is a visible impact on city biodiversity. The increase in green cover by 147% as per FSI report-2021, decreased pollution levels when compared to other mega cities of the country certainly are scientific evidence that the initiatives taken up are very beneficial and vital in amelioration of the environment in Hyderabad city.

Even smallest layout open spaces were utilized for dense plantations converting into Tree Parks with walking tracks, seating areas and fitness areas at some locations under prestigious Pattana Pragathi Programme on the concept of Developing Pattana Prakruthi vanams (Urban Nature Parks). About 406 such Tree parks were developed since last 2 years.

The plantations raised help conserving rainwater, providing shelter, food for birds, bees, butterflies, insects and animals while providing sense of wellbeing and peace in immediate surroundings creating microclimate in the colonies and institutions.

The spaces under 29 Flyovers were taken up with greenery and beautification which helped in preventing encroachments, unlicensed parking, and waste dumping. About 100 Vertical Gardens were developed on the pillars of flyovers which have a variety of aesthetic, economical, physiological and environmental benefits. Real Estate and property prices soared in the areas surrounding green pockets.