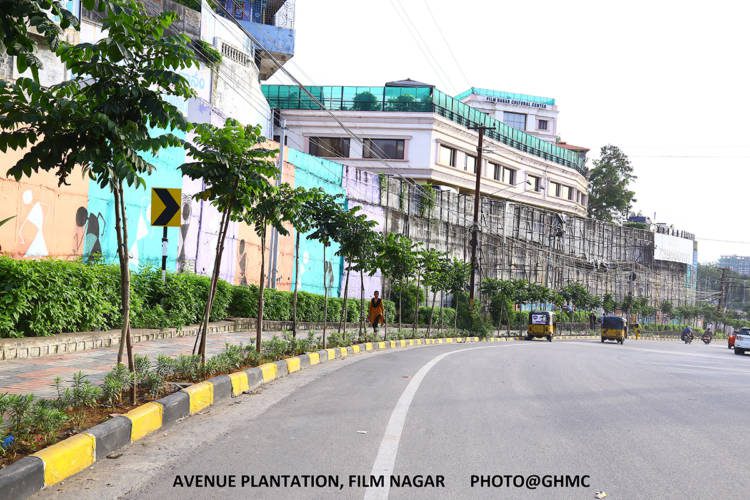 Since 2016 to 2021, under this programme, 620 Lakh plants were planted in the core city area which also includes distribution of homestead plants to people, Institutions for planting.  Hyderabad is the only city from India to have been recognized as a Tree city of the World for the year 2020 by the Arbor Day Foundation and FAO for its commitments to growing and maintaining Urban Forests.

Thematic gardens like Medicinal Garden, Butterfly Garden, Rose Gardens raised in the Sanjeevaiah park have become a centre of environmental education for the people of Hyderabad and surrounding areas. Public, especially school children are visiting and learning the concepts and propagation methods.

The Greenery developed along the ORR is seen and appreciated by all categories of public and motivating them to take up the idea of raising plantation in their estates.

The urban greens make an alliance with nature to provide Hydrological services to humans and the landscape. It can be observed that the people drive slower on the road with trees than without.
Under this project, 600 nurseries are set up in the core city to cater the plants needs of the local residents and deliver them at their doorstep at free of cost. This has created awareness among the people of all age groups and made them incline towards planting at their homesteads, backyards, and colonies roads etc., During last 3 years, 3.9 crores seedlings are planted and 1.05 crore seedlings are distributed in the core city.

The public who were hitherto not shown interest about the plants are able to speak about the species, plant varieties and their benefits.

TKHH is the largest afforestation program aiming at 230 crore plantation through plantation & rejuvenation, which is the 3rd largest program in the world after Brazil and China. Telangana State and Hyderabad City have become a role model for other cities to adopt innovative methods of tree plantations such as Yadadri National Forest Model, Mutli Layer Avenue Plantations. Development of Urban Forest Parks is a new concept taken up by the Hyderabad City with an aim to bring the nature in close proximity to public so that they benefit from the nature and appreciate it by experiencing. The development of tree parks with walking tracks and seating areas is certainly the effort of the city to truly bring nature into the heart of the city – sprawling urban jungles.

Hyderabad ranked the best city to live in India in the Mercer’s Quality of Living (India) Rankings – 2019 in the quality of living ranking announced globally. The Mercer in its 21st edition of the report has ranked 231 cities across the world with seven from India.