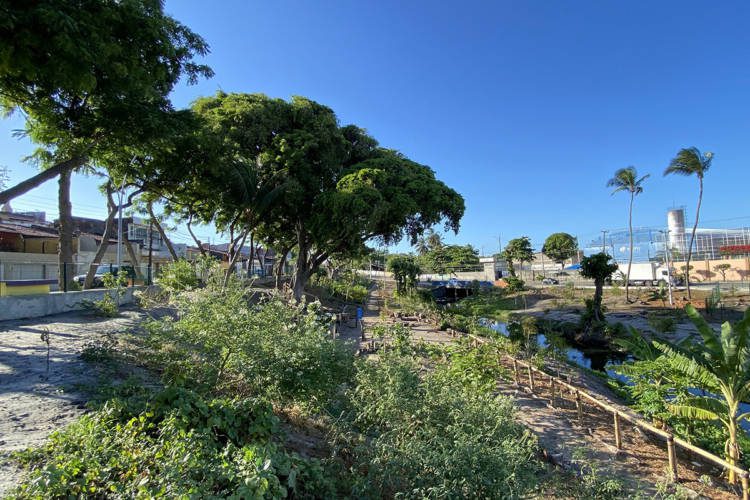 The Urban Micro Parks project directly impacts local communities, providing access to a quality public space that promotes contact with nature. It is estimated that so far, 18,500 low-income people, 60% of which are non-white, have benefited from the implementation of 2 Micro Parks. The project is designed to encourage leisure, outdoor learning, and physical activity, in addition to expanding the city’s green coverage. 10,400 m² of previously stigmatized areas become a community meeting place, as reported by a local resident: “It totally changed the scenario, bringing not only physical, but also psychosocial transformations. It’s amazing the feeling of safety, even without the police presence, and it’s well lit, well inhabited. Residents got to know each other. I lived here for 20 years, and I did not know anyone”.

From the beginning of the project, local actors were engaged in the project, with their observations being included in the proposal, participation in the project implementation and creation of a community council for the maintenance of the space after delivery. This contributed to the sense of belonging of the local community. Neighbours, who had no contact with each other, began to carry out community activities (prayer groups, birthdays, use of the community garden, among others) and collectively managed the space. Which also generated a greater sense of safety and encouraged the practice of physical and leisure activities.

With the positive repercussions of the implementation of the project in 2 areas of the city, the Urban Micro Parks program was included as a goal in the government plan of the new local administration, with an expansion of 40 Micro Parks planned until 2024. And the feasibility of 30 guaranteed through an External Financing Program with the World Bank (Fortaleza Cidade Sustentável). In addition, micro parks were also included as priority actions both in the review of the Local Plan for Early Childhood and in the detailing of the Walkability Plan.

The execution of the project also brought to the local administration innovative approaches towards the collection and use of pruned wood as well as community engagement both with the general population and children, which was present in all stages of the project. There was also intensive intersectionality between the various local agendas and departments that were mobilized and contributed to the project’s implementation.

The Urban Micro Park Project is already a reference in Brazil, with other cities that are part of the Urban 95 Network seeking references and testing the model.

Furthermore, in the local context, the team received the demand for sharing information about the project from private initiatives focused on early childhood that have also embraced the concept of micro parks or naturalized parks in their spaces, such as day care centres (Aquarela) and the Union of Construction Companies (Sinduscon).

The concept of micro parks will also soon be expanded to different initiatives within municipal management by formulating the creation of play gardens within the physical space, but also outdoors, of municipal schools.