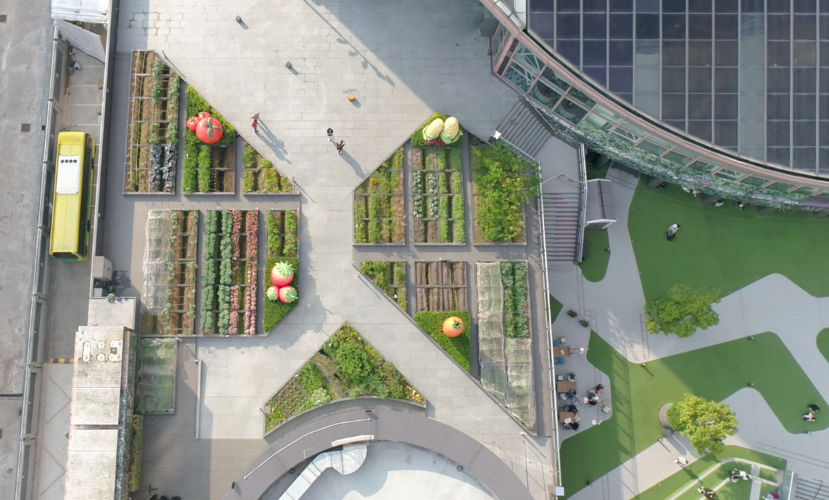 Hong Kong is an extreme example of high-rise, high-density urban settlement, with severe contest for ground-level space. 99% of residents have no access to a private garden. Urban rooftop farms, such as the one found atop the large Metroplaza shopping mall provide unique opportunities for city dwellers to interact with nature, increasing awareness of environmental issues and food health, offering space for social interaction, ultimately allowing people to enjoy a healthier lifestyle.

In May 2018, on level five of the Metroplaza shopping mall, right in the heart of space-starved Hong Kong, a 13,000-square feet urban farm opened. The facility, also called the “Sky Garden”, is accessible to the public when the mall is opened. Metroplaza’s Sky Garden is the first freely and publicly accessible urban farm in Asia, as well as the largest such facility in the world associated to a shopping mall.

“We need to rethink our community food resilience,” says Andrew Tsui, one of the co-founders of Rooftop Republic, the social enterprise which created and continues to manage the Metroplaza rooftop farm today. Rooftop Republic looks at urban farming as a means to add greater wellbeing and sustainability to city-dwelling. Tsui points out that high density living is becoming increasingly prevalent in fast-growing cities. In this context, people’s access to nature is becoming increasingly constrained. People’s understanding of how plants, including edible crops, grow is also becoming limited or non-existent. Such disconnect underpins a range of public health and social issues. It also helps sustain demand for food production systems that are harmful to the planet.

Unlike other urban farming initiatives, Rooftop Republic’s approach to turning idle rooftop spaces into farms does not solely focus on the supply fresh, organic food to urban residents in a more decentralised and environmentally friendly way. Addressing the ‘demand’ side of food systems is seen as a critical foundation for creating a sustainable food system. Rooftop Republic seeks to offer people the opportunity to engage with food-growing close to where they live as a means to raise awareness of the public health and environmental issues associated with some industrialised farming practices, with a view to change consumer perceptions and habits around the food they eat.

The project also prioritises community life. “Agriculture in the West sees productivity in terms of yield on the farm, however, ours is the opposite,” Tsui explains. “For us, yield is based on the community and getting others involved.” Life in high-rise settings is highly compartmentalised, with small flats, office cubicles and little public space. Widespread use of digital media, especially smartphones further creates another kind of compartmentalisation, “You are physically here, but your mind is within the little screen. So, people end up not interacting, even when they’re in the same room,” says Tsui. In his experience, a farm negates all that. “I term a farm a relational space. When people come in, they naturally put down their agenda and have a meaningful conversation, rather than just talking about work. A farm helps to create the opportunity for people to discover different facets of others they might relate to, which helps the community building process.”

Hong Kong is a place of the extreme. As of mid-2019, there were over seven and a half million people living within Hong Kong’s 1,068 square kilometres (412 square miles) of land. However, more than 75 per cent of this land comprises no-built-up areas. As a result, the urban area of Hong Kong has the highest population and employment density in the world. Measured at block level, some areas may have population densities of more than 400,000 people per square kilometre. If urban farming “is possible even in a city like Hong Kong, where everything happens on a vertical gradient as there is no space left on the ground”, observes Tsui “then, it can be done anywhere.” 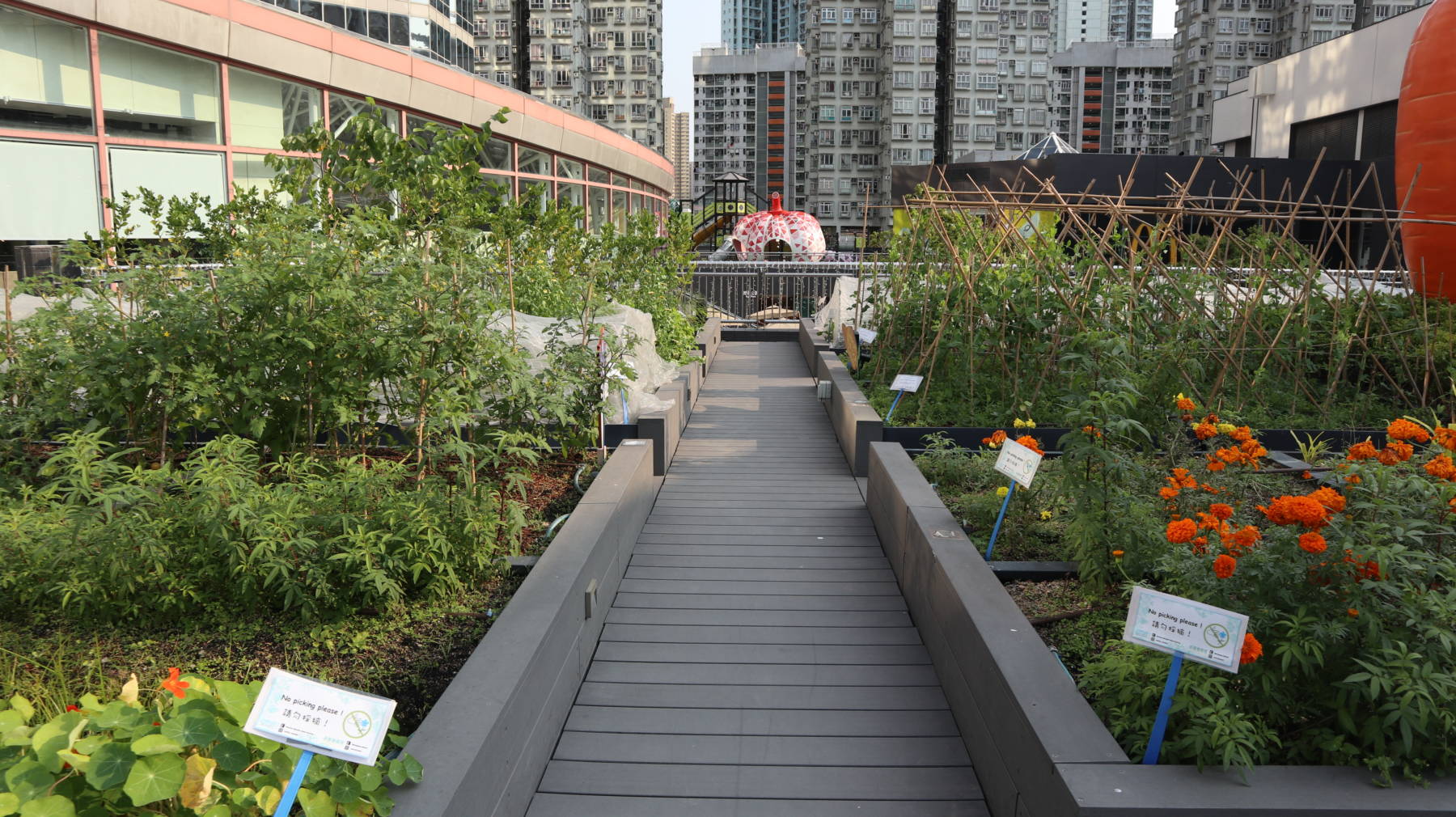 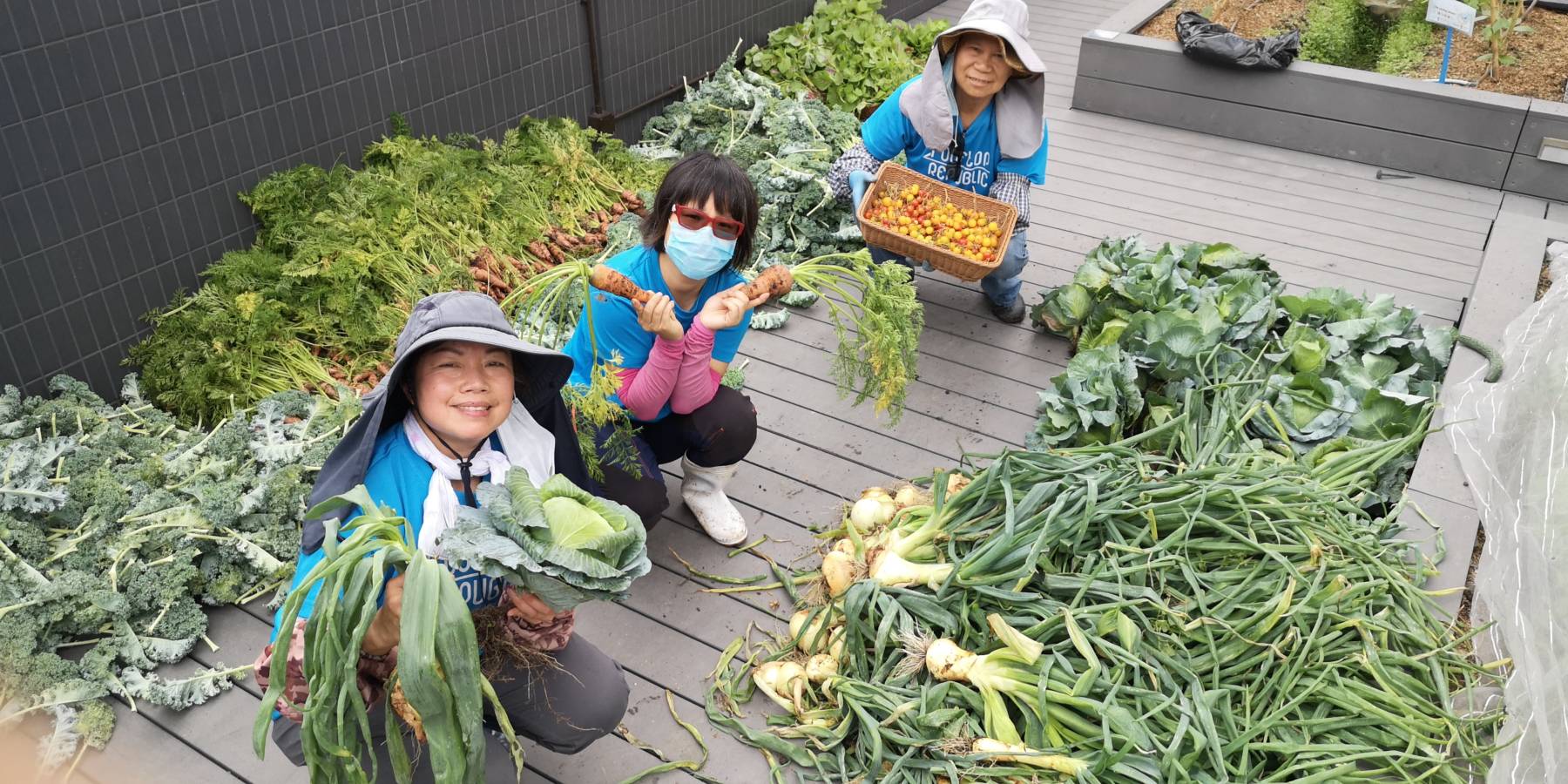 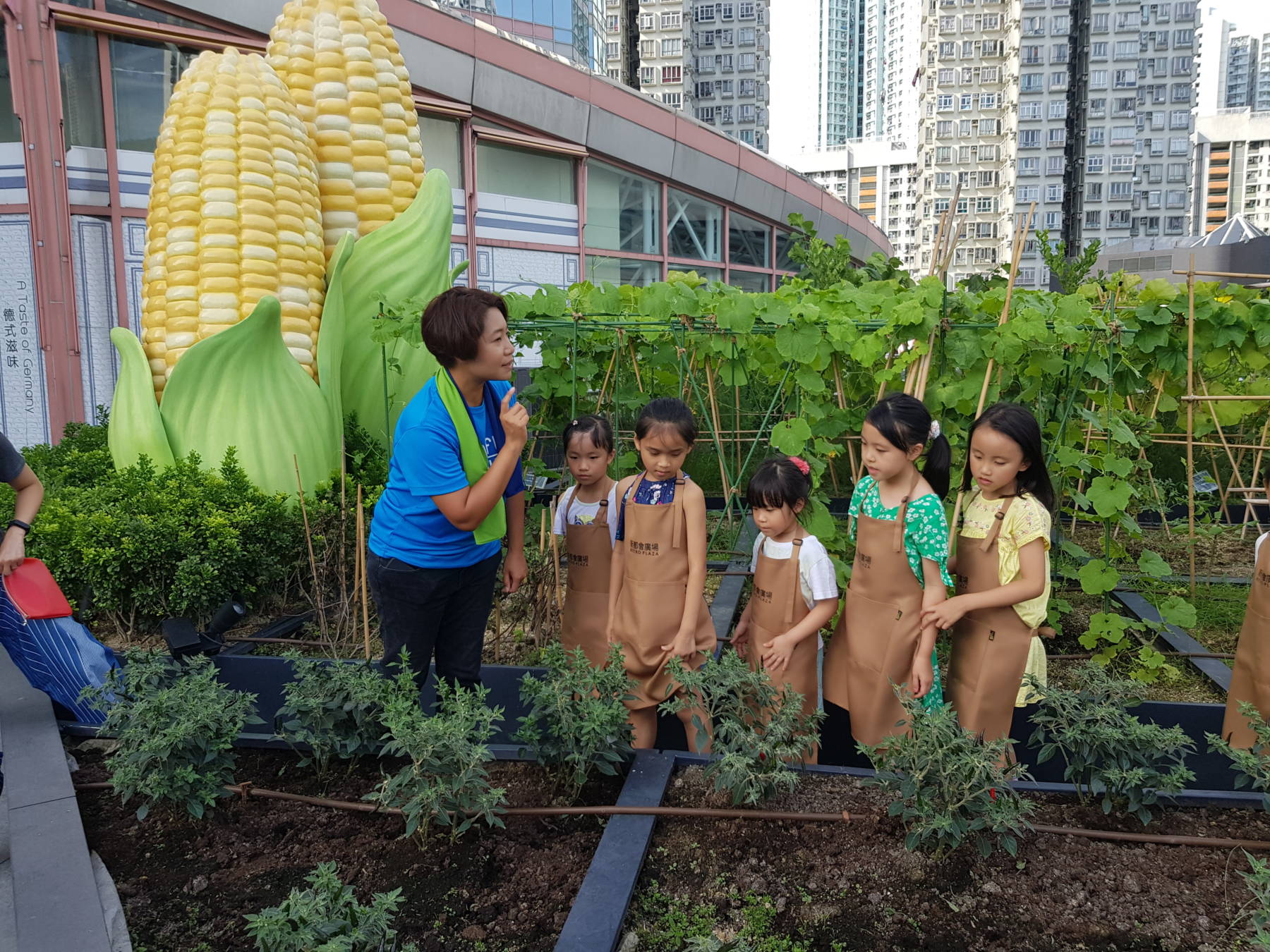 The benefits of urban rooftop farming 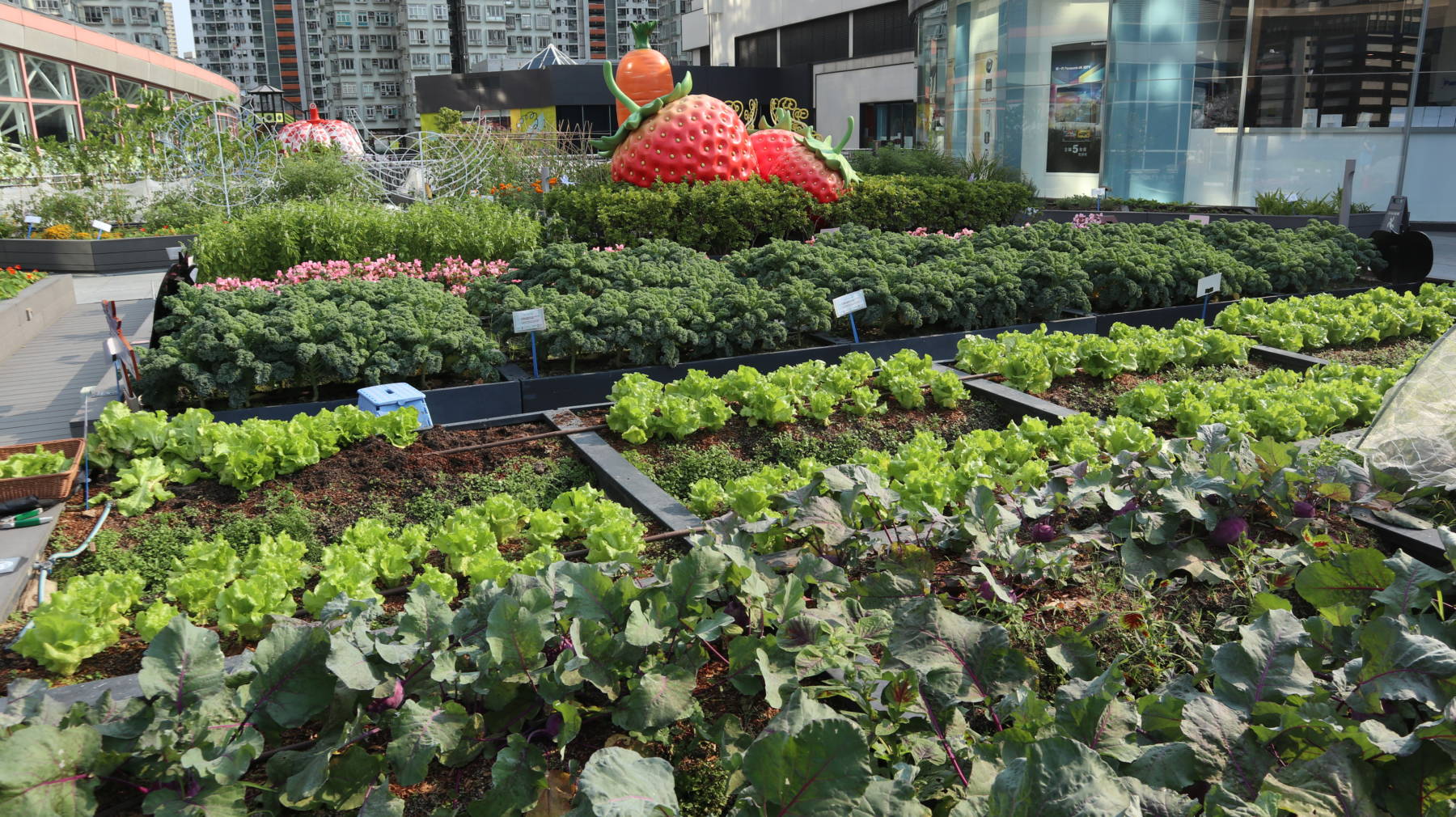 A model for city wide farming

On average, Metroplaza featured on a yearly basis:

The project is supported by over 15 different local farmers who supply seedlings and seeds, do regular farm maintenance, and/or help run events and workshops.