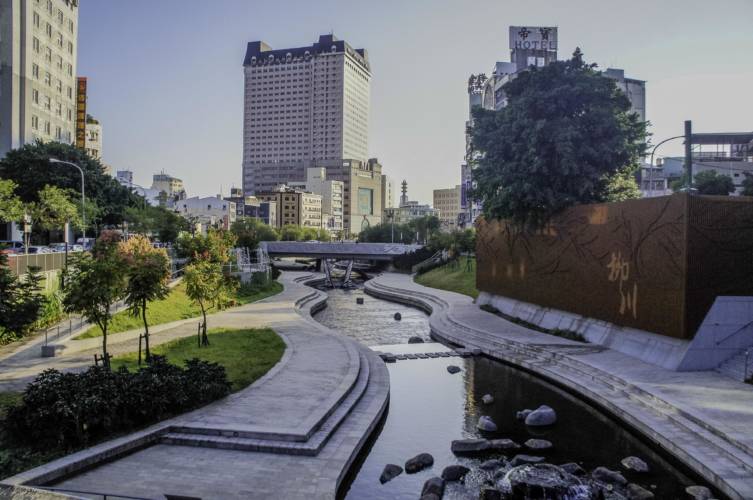 In a bygone era when it was a beautiful waterway lined with willow trees, the Liuchuan Canal was known as the “River of Little Kyoto”. However, increasing development of Taichung’s Central district led to its decline into an unnoticeable downtown ditch. Taichung City Government’s approach to clean up its waters and re-engineer its banks with extensive plantings and sustainable drainage techniques provided a blueprint for water-led regeneration that is reviving the old central district and positioning Taichung City as a national leader in water sensitive urban design.

The Liuchuan is one of four rivers running through Taichung, the third most populated city in Chinese Taipei, located on the central-western part of the island. The Liuchuan Canal was originally known as the Dadun River before the Japanese colonial period (1895-1945), when it was transformed to resemble a river flowing through Kyoto, with willow trees on both sides. This led to the current name, which means “willow creek”.

However, more recently, local residents usually just referred to it as a “ditch” due to the heavy pollution that resulted from Taichung’s rapid industrialization in the 1980s. A surge of illegal housing was built alongside of the canal embankments and the canal became the recipient of an increasing amount of untreated household wastewater. As the illegal housing was demolished in the 1990s, people moved out of the district, feeding a westward urban development spread that left the old centre depressed. The canals then received even less attention, apart from complaints about their smell.

Within the 300-meter landscaped section of the Liuchuan Canal, the River Pollution Index (RPI) decreased from 8 (“severely-polluted”) to 3.75 (“moderately-polluted”). 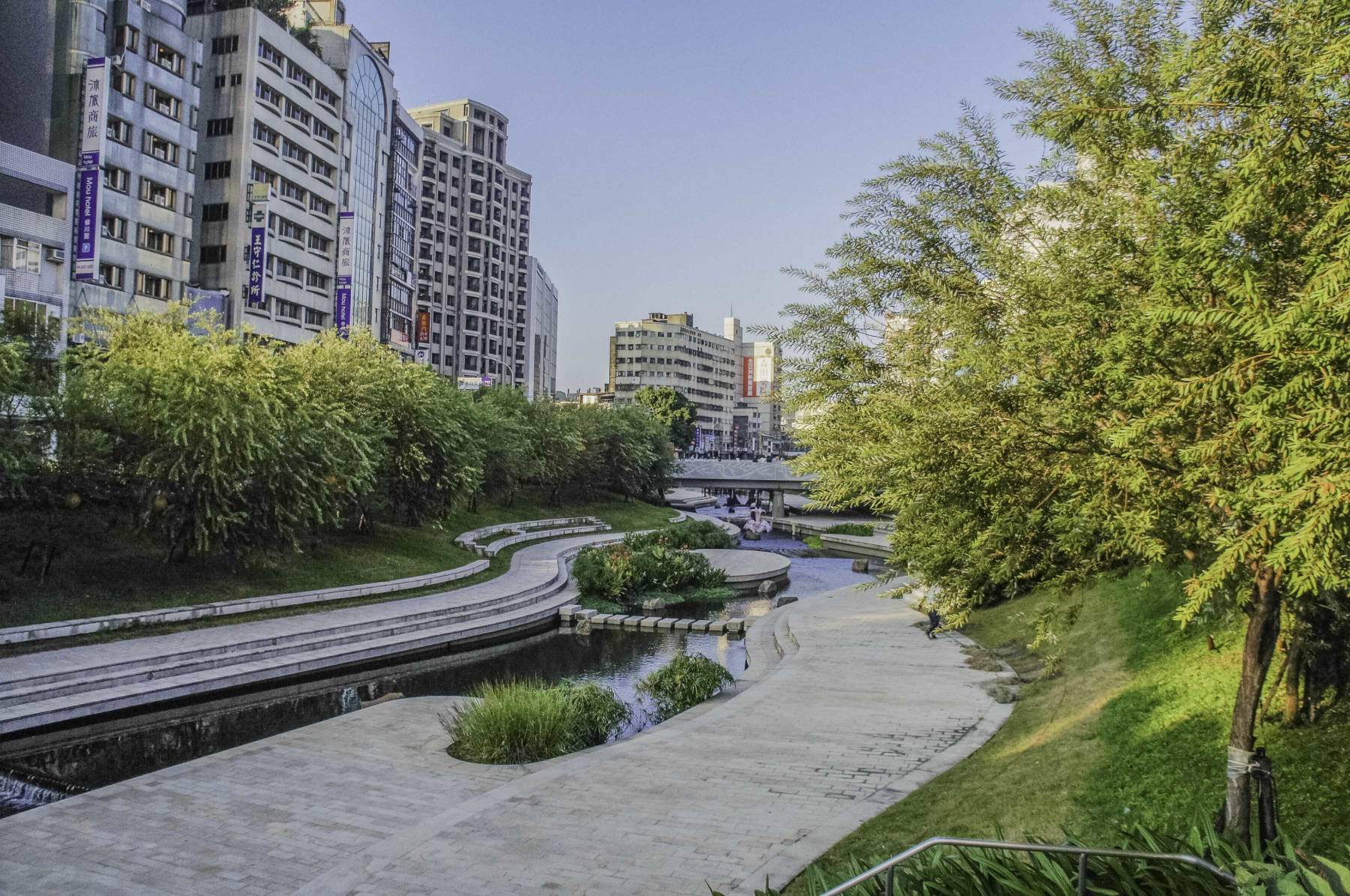 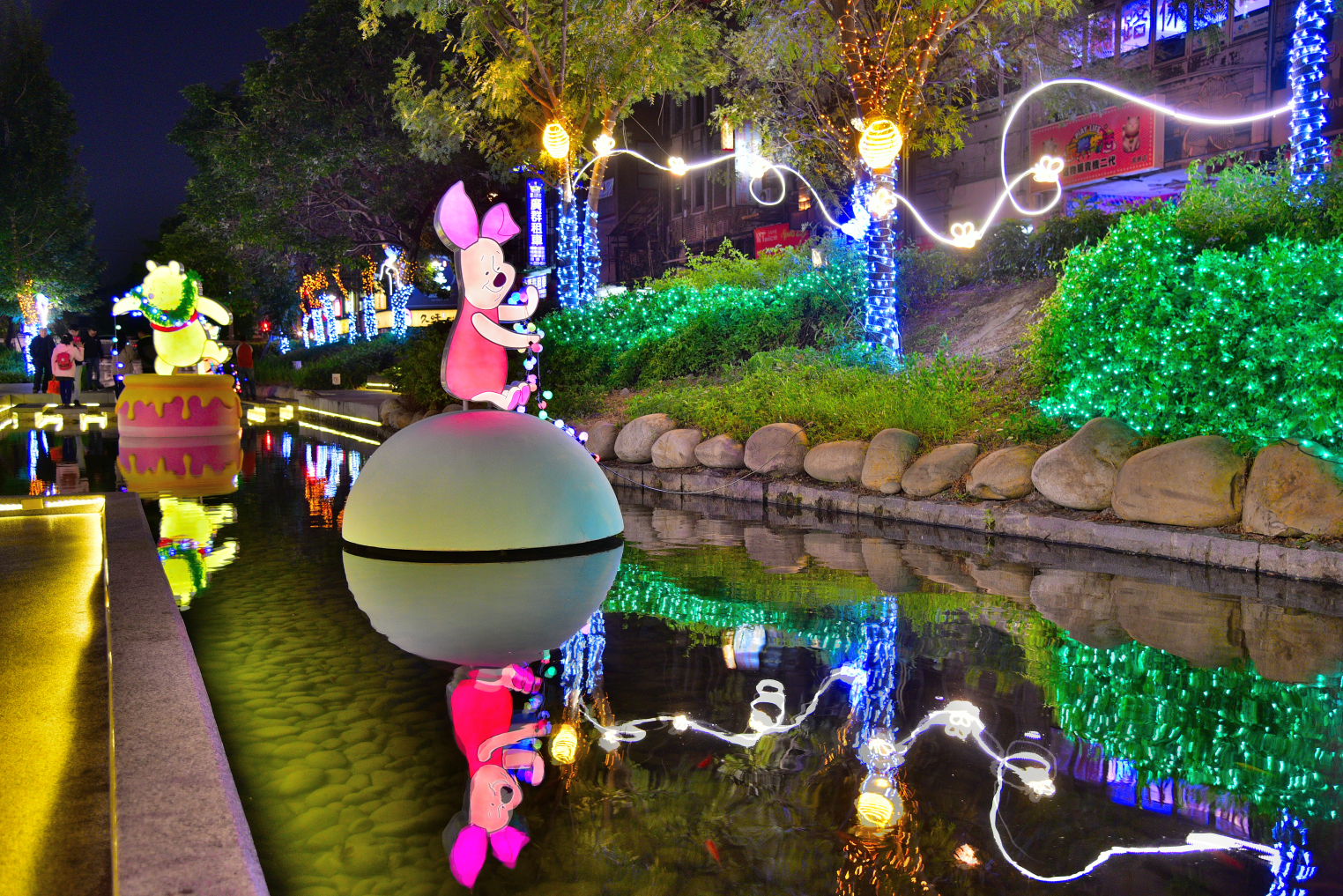 Both phases were delivered thanks to funding providing by the Environment Protection Agency.

On phase one of the project:

Article published in the Taichung River Restoration Network News in 2017: “The metamorphosis of urban river landscape”, by Su Yu-wen http://trrn.wra.gov.tw/SystemEN/NewMessage/DealData.aspx?s=C2D4C634FAC9C487