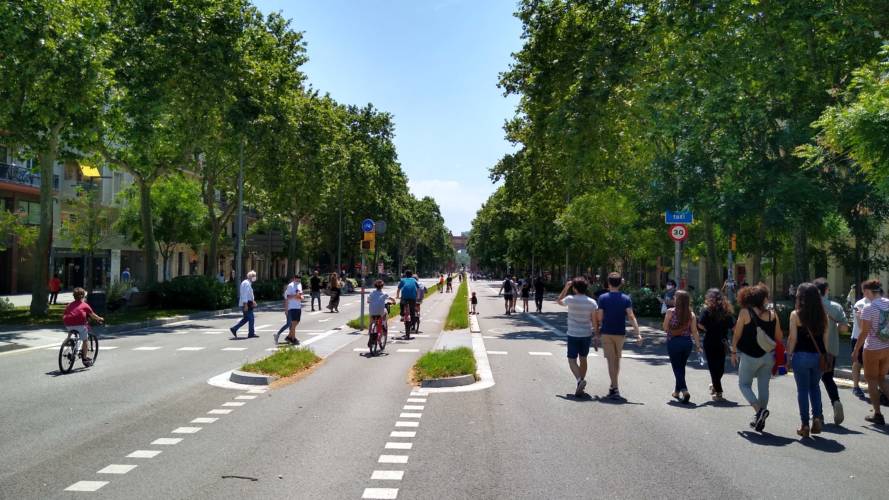 Despite densities higher than Manhattan, the City of Barcelona is managing to find space to create a mosaic of new green spaces and reintroduce natural systems in its existing urban fabric. Some of the solutions identified are also found in other proactive metropoles using green infrastructure to combat growing public health and resilience challenges created by air pollution, lack of physical activity and climate change. Other solutions, such as the superblocks, have little equivalent elsewhere in the world, and yet offer ample potential for replication.

Barcelona today remains in the top five cities in Europe for population density. However, it was in the mid-1850s that issues associated with high density and liveability first peaked. At the time, the city was growing at a faster pace than the rest of Spain but was still contained within its medieval walls. Into this came Ildefons Cerdà, a visionary engineer who conceived a large-scale, grid-based expansion plan that would unite the old city with seven peripheral villages, which later became integral Barcelona neighbourhoods. The united area was almost four times the size of the old city (which was around two square kilometres) and would come to be known as Eixample. The grid of octagonal blocks (called manzanas) Cerdà designed was meant to equally distribute space between buildings, streets and green spaces. All major avenues and streets in the Eixample were going to be lined with large, shade providing trees, planted every eight metres. One of the four pavements delineating each block was meant to be twice as wide and would therefore have had a double line of trees. Each block would furthermore feature a central garden.

During the time it took to build the Eixample – about a century – the modifications made to Cerdà’s plan conflicted with the initial project and many of the original ideas were not systematically implemented (like the inner-block gardens), or never implemented at all (like the widened footpath enabling a double row of trees). As a result, while approximately a quarter of Barcelona’s municipal area consists of green space, most of it is concentrated in one large park, the park of Montjuïc, and the periurban forest area of Collserola.

“Today, with acute air pollution and water supply issues, we have come full circle from the situation we faced in the 19th century,” observes Gabino Carballo, Landscape Architect and Project Manager for the City of Barcelona’s Parks and Gardens Department. Popular demand for better living conditions and public spaces, including improved air quality and improved access to local green space is strong. Margarita Parès, who leads the City of Barcelona’s Parks and Gardens Department’s Biodiversity Programme, adds that “support for green initiatives from the different parties in government has been running high, especially since 2015”. 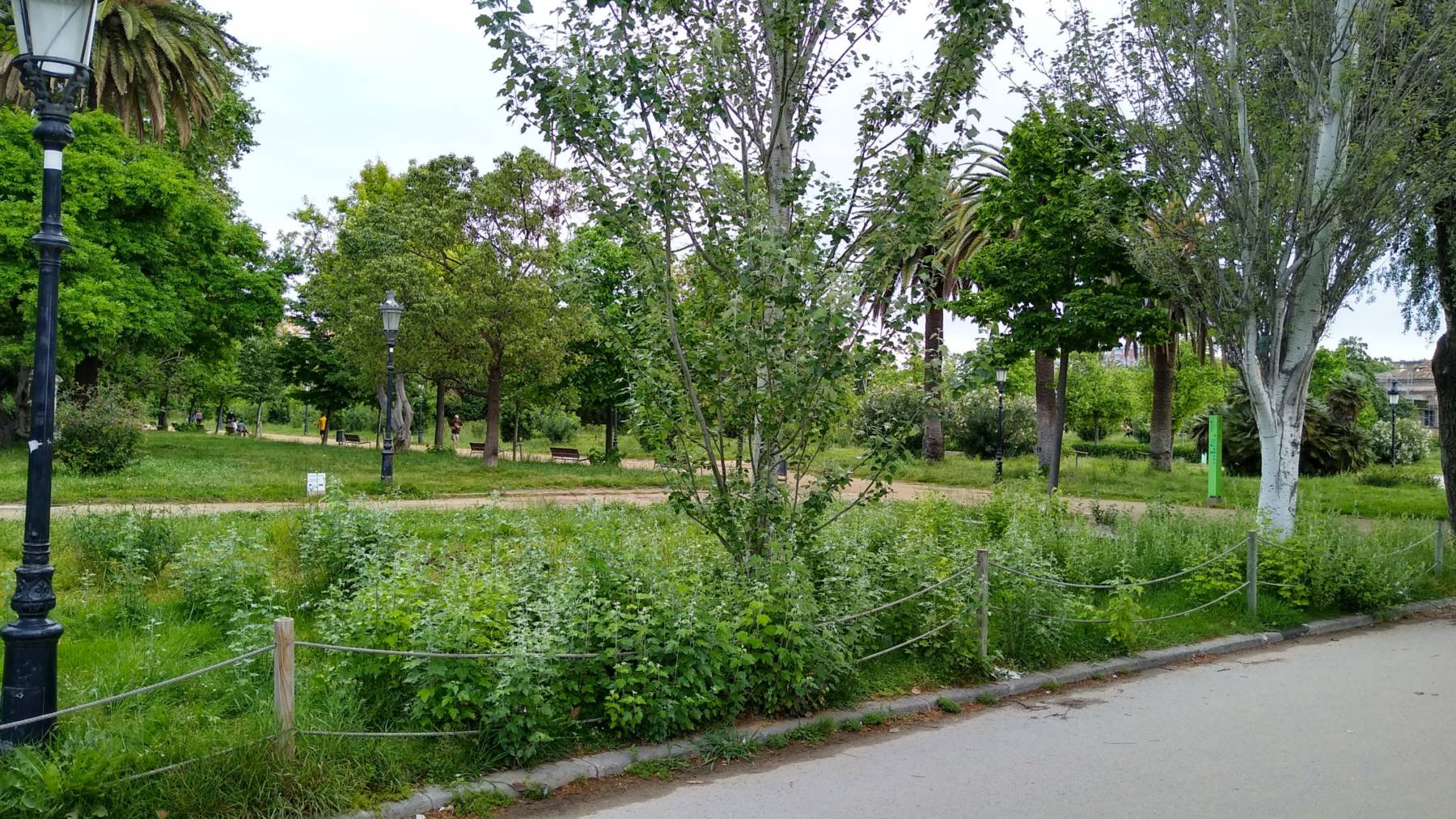 Setting out the plan 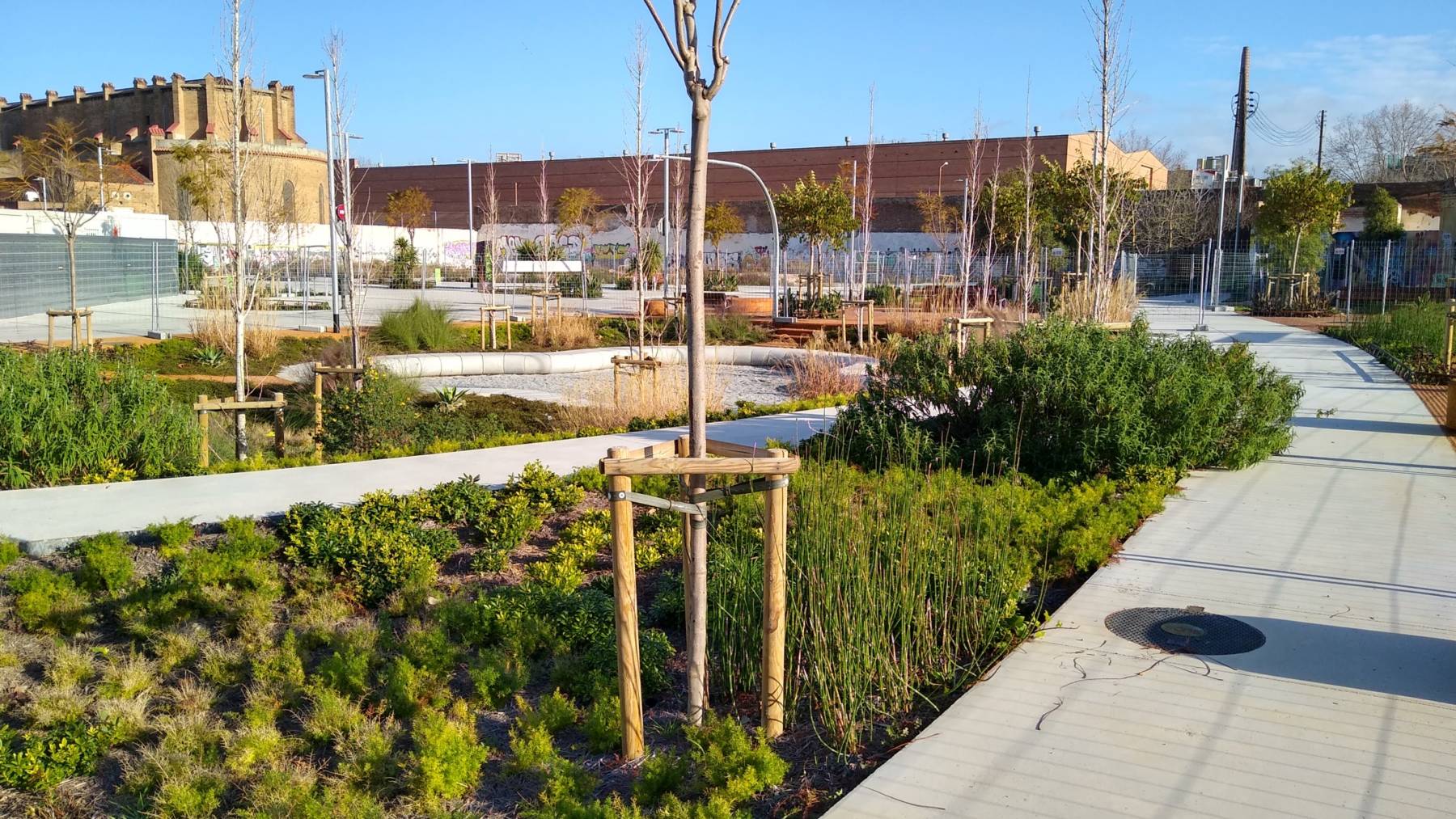 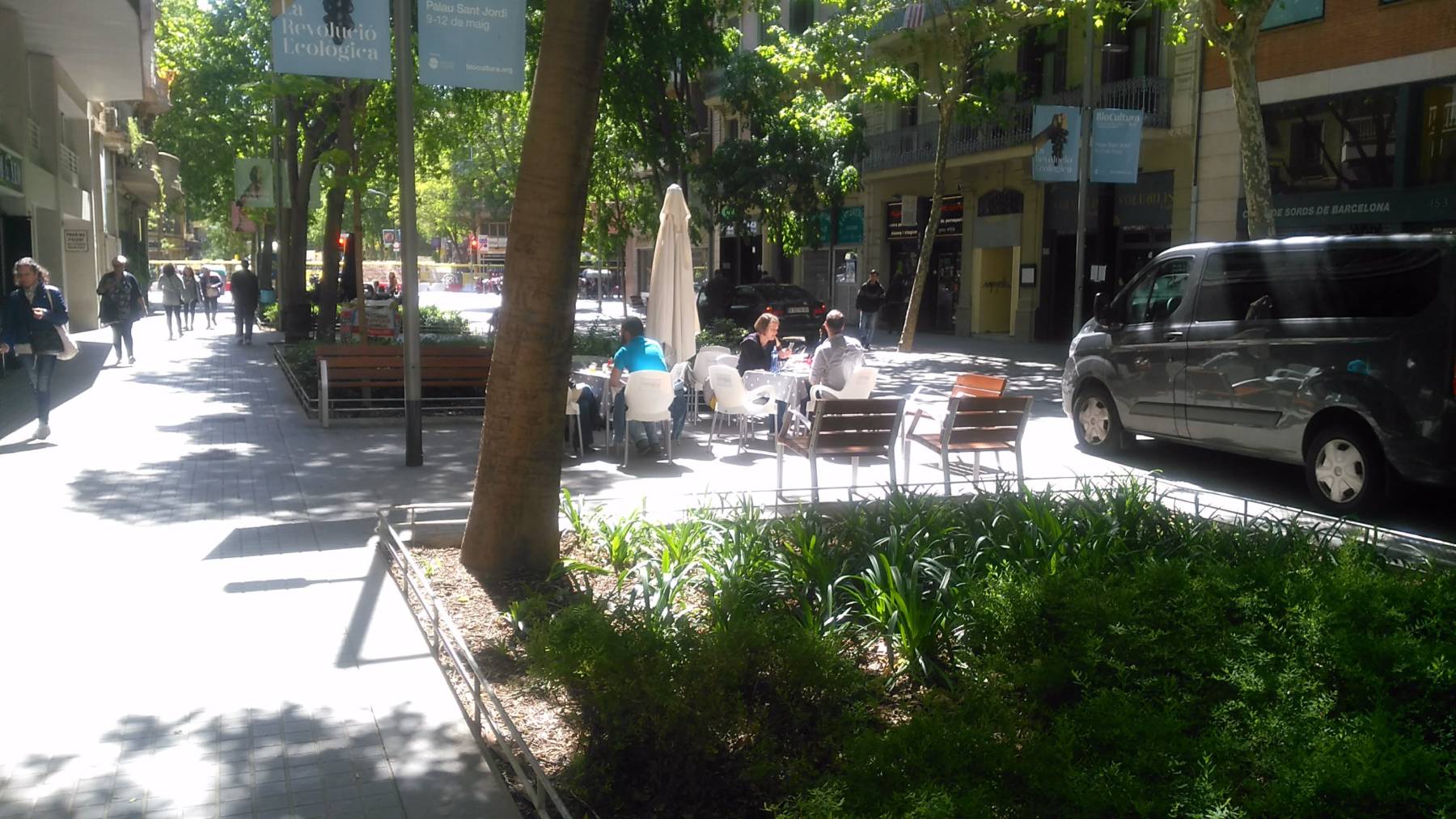 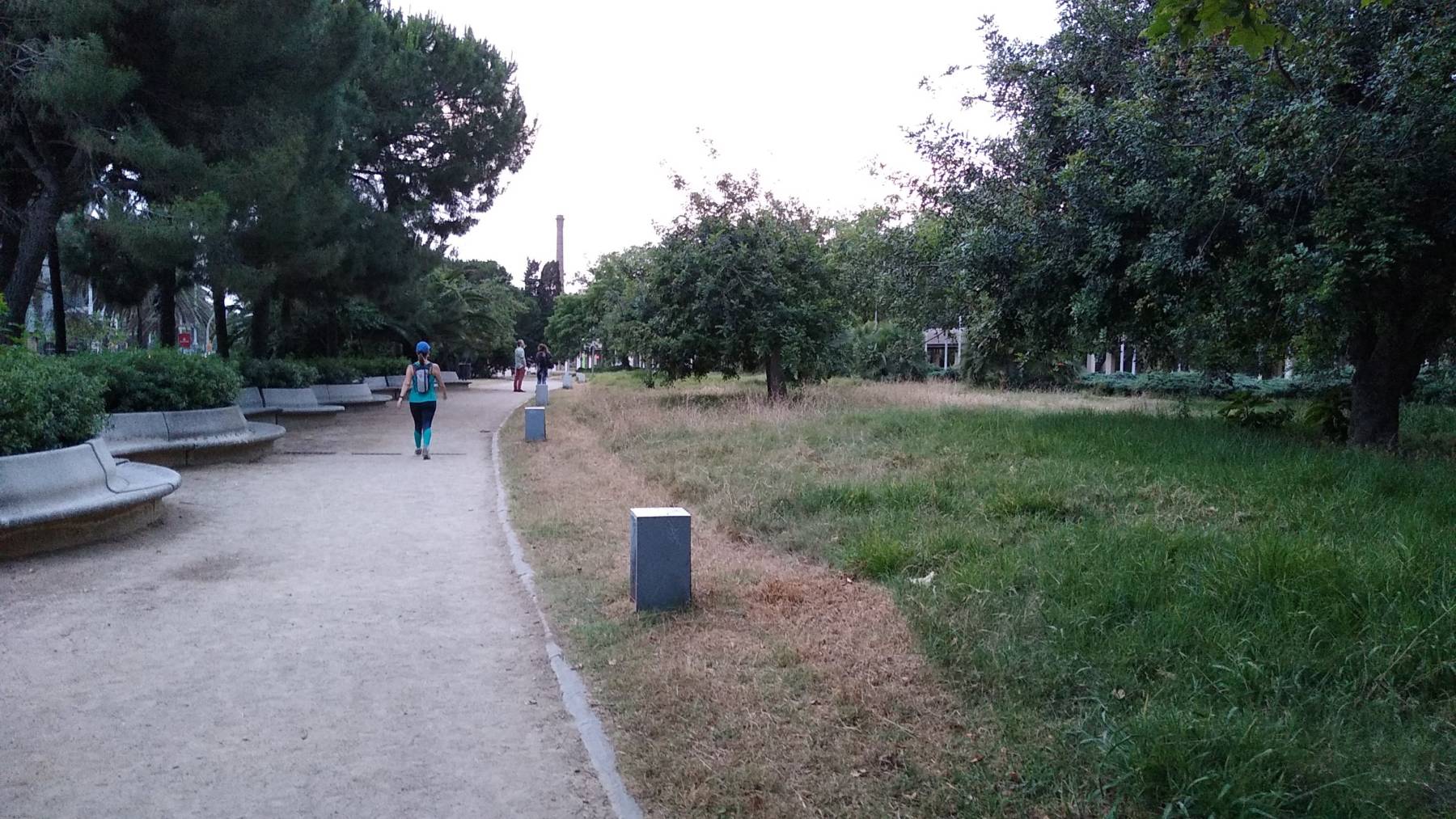 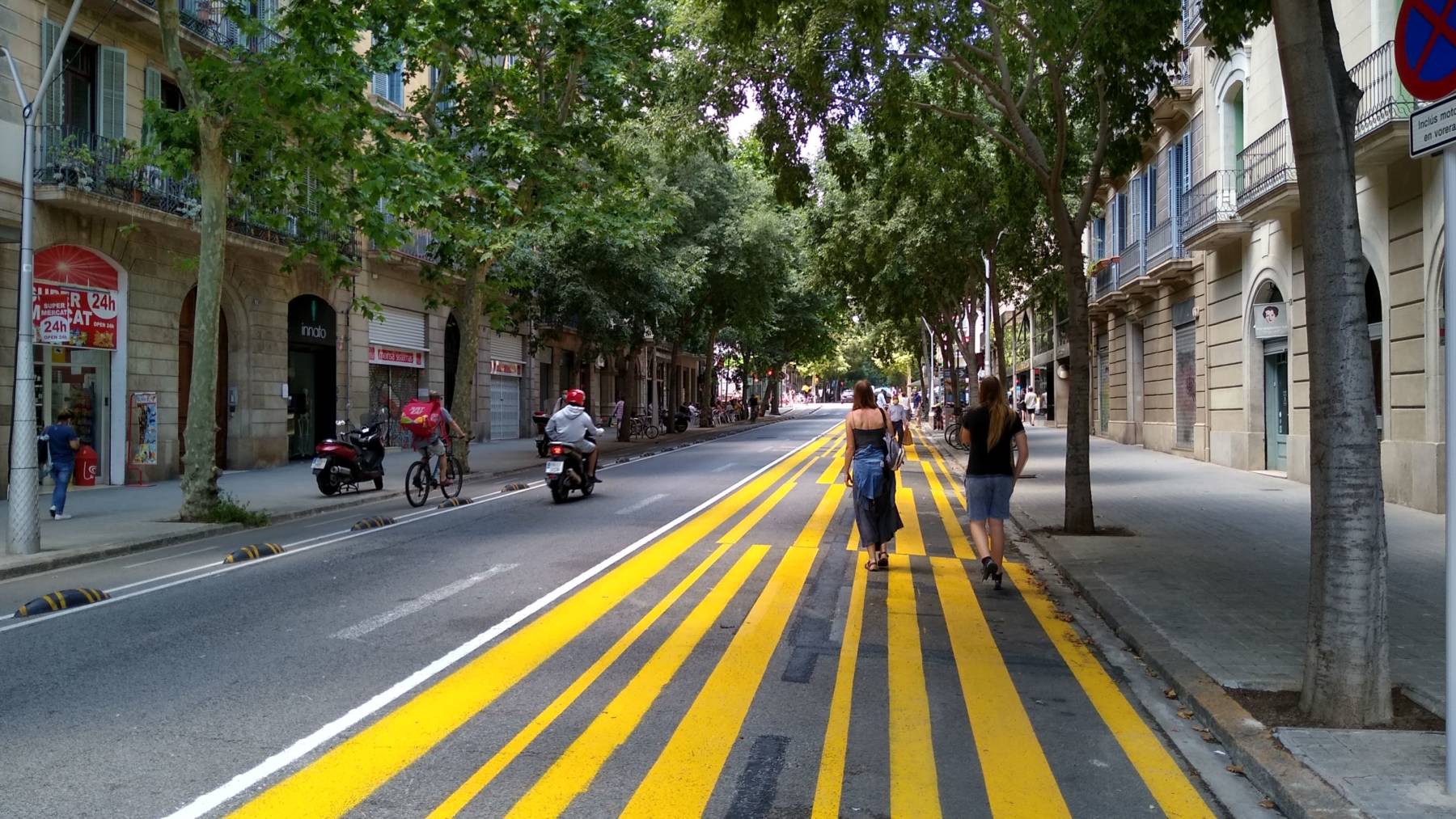 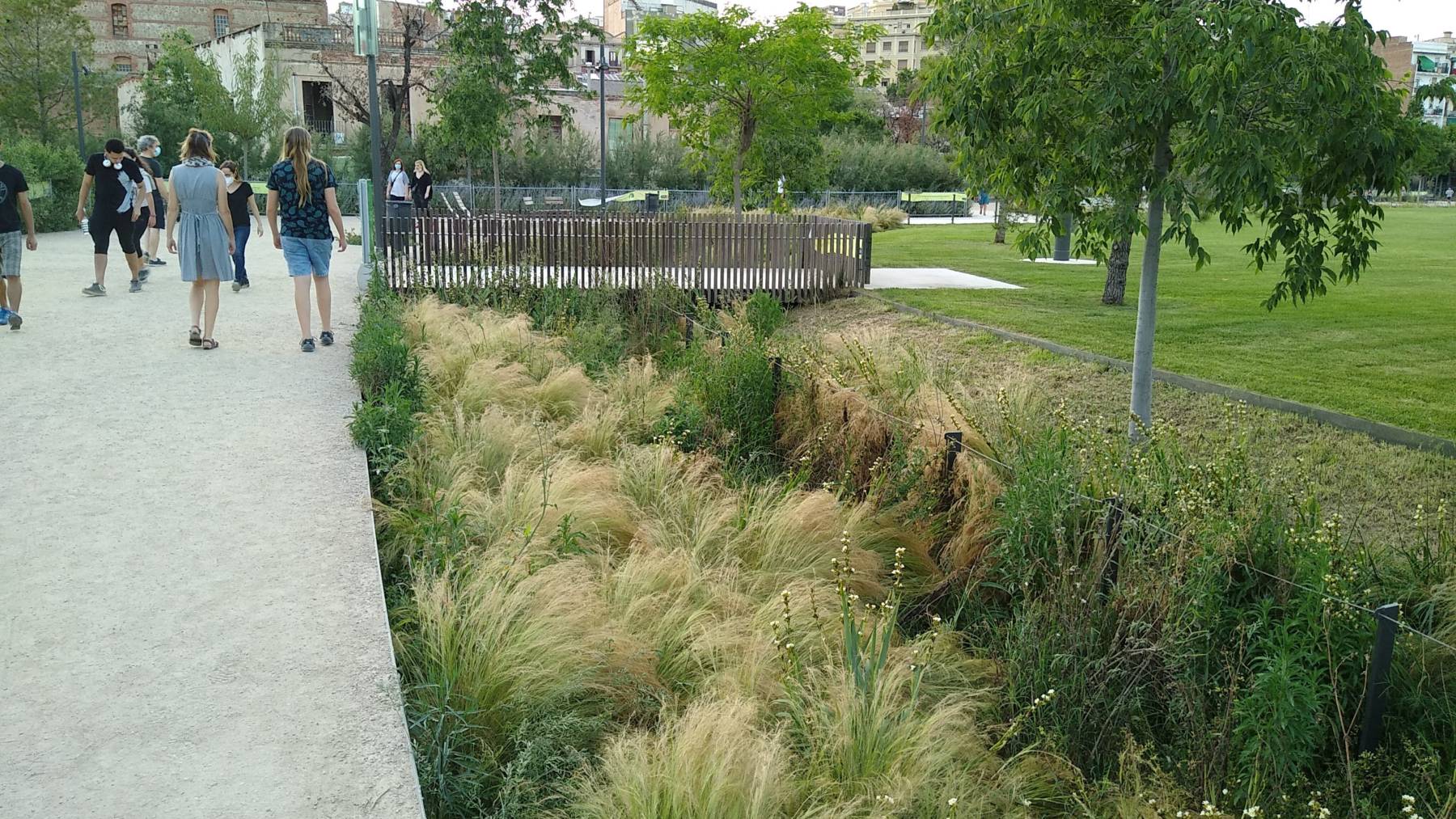 2019 article, published as a five-part series in Vox, providing detailed insight in to the Superblocks project