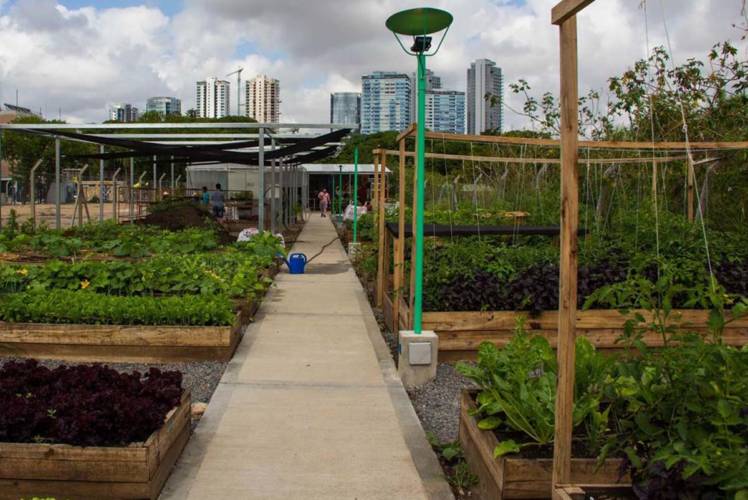 The intervention is a singular case study since it borders the “Costanera Sur Ecological Reserve”, a protected area which is made up of marshes, lagoons, grasslands, thickets, and forests, in addition to the beaches of the Río de la Plata. These bodies of water and wetlands are the most representative and rich environments for biological diversity, representing a true sample of the wildlife of the riparian ecosystem, being also recognized as a RAMSAR site, which offers an international framework for the conservation and wise use of wetlands and their resources.

Declared a Natural Park and Ecological Reserve in 1986, the site sustains large populations of waterfowl, insects, and reptiles. 250 species of birds, 9 of amphibians, 23 of reptiles, 10 of mammals and 50 of butterflies have been identified in the area. Plant varieties also include 245 species from 55 families. Most of these species are highly representative of the biological diversity of the region.

The integration process led in Rodrigo Bueno neighbourhood considers, since the beginning, the surrounding Ecological Reserve as to develop a strong and sustainable development. The environment of this integration process is one of the main aspects taken into account by every decision board. This is why the neighbourhood was recognized with the national Sustainable Housing Seal, in accordance with the bioclimatic strategies implemented and their link with the Sustainable Development Goals.

As well, the nursery project in the Rodrigo Bueno neighbourhood has also a biodiversity conservation function, by prioritizing the production of native flora seedlings, a decision that is associated with the neighbouring reserve. In this way, some native River Plate species are recovered, facilitating the attraction of pollinators from this habitat so that they fulfil their role in the reproduction of plants, thus increasing local biodiversity. The Nursery is currently working with around 50 native species. This has the additional value of recovering the local flora and that the inhabitants of the neighbourhoods know about them.

Additionally, an Environmental Health Table (MSA in Spanish) was formed based on the interest of the neighbours themselves. This board allows to promote, discuss and propose environmental initiatives. Among them, in the last two years, the MSA promoted the planting of 82 native trees, which potentiate urban biodiversity, favour historical coexistence with the Costanera Sur Ecological Reserve that surrounds the neighbourhood.