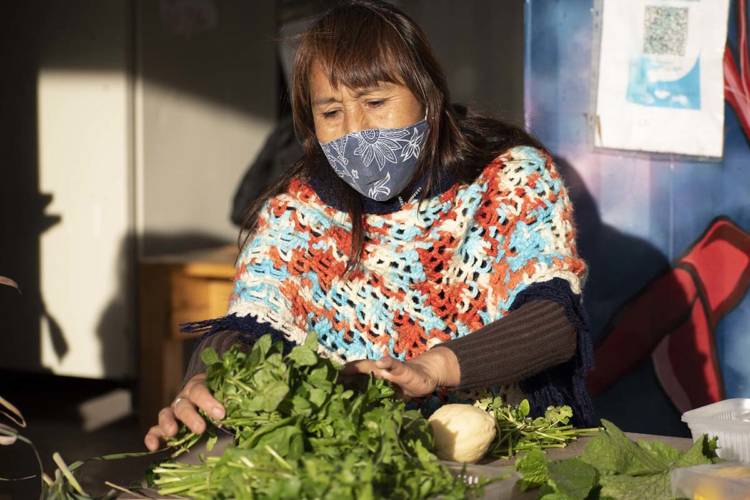 This long-term project is considered feasible as it is one of the priority policies of the local government. In this regard, the integration process is mainly financed by the Latin American Development Bank (CAF). This loan allowed the local government to implement many of the construction, infrastructure and socio-economic projects from 2019.

In financial terms, it is worth considering that the families that move to the new houses already built, have to pay a mortgage in order to encourage sustainability not only of the process but also of the families its selves.

Furthermore, the multilateral bank, academic institutions, such as the Argentinean Catholic University, and non-governmental organizations, such as UN-Habitat, give technical support to hard and soft activities that take place in the neighbourhood.

The participatory governance of the Socio-urban Integration of Barrio Rodrigo Bueno also contributes to the co-creation of consensual public policies and to its long-term implementation since many of the actions also favours the generation of employment, and the promotion and expansion of the economic value of local undertakings.

On the one hand, the initiative is innovative because of its participatory governance. Even though the local government has always placed equal access to minimum housing conditions and basic public services for the city population, the way in which it has been addressed has been very different over time. As of 2016, the way of integrating vulnerable neighbourhoods with the rest of the City was rethought, by implementing sustainable public policies that involve participation of the neighbourhoods in the decision-making processes.

Currently, we can demonstrate the effectiveness of the citizen participation devices we use. Every decision-making process regarding housing solutions, urban infrastructure, streets openings and socio-economic policies were analysed together with neighbours, local government, private sector and social organization. Furthermore, participatory governance gradually took over a fundamental place in dealing with environmental issues, favouring sustainable leadership from the neighbourhood.
This joint work allows the creation of initiatives that promote environmental management in order to equate the standard of Rodrigo Bueno with the formal city in terms of opportunities and quality of life. It also favours the emergence of better proposals, turning the neighbourhood into an example of environmental sustainability for the rest of the cities.

On the other hand, the coexistence of the neighbourhood and the Ecological Reserve make the process a unique challenge, where both community and environmental outreach strategies come into harmony and challenge each other to empower themselves, no longer as two separate realities but united by their geography and goals.

Challenging traditional practices of public policies, a participatory and associative co-management was implemented to integrate Rodrigo Bueno slum based on regulations in its Urbanization Law, No. 5798.

The law, approved unanimously in the city legislature, provides for the participation of all stakeholders in the integration process. Through the Participatory Management Boards, neighbours, government representatives, the private sector and social organizations meet periodically to dialogue and define the actions to be implemented in the integration process. Currently, all of the residents in the neighbourhood are involved in the set of participation devices.

Besides, public and private companies of public services are involved regarding urban infrastructure; every ministry of the City Government participate of each decision process; the interdisciplinary team of the Housing Institute is coordinating every aspect of this integration process; several social and international organizations have been taking part of this process, such as the Latin American Development Bank, the Observatory of the Catholic University and local TV producers; and business associations contribute to the social and economic programs already launched. A good example of this articulation is reflected in the call launched in 2018, together with the Central Society of Architects to receive innovative proposals for the construction of a cultural centre in Rodrigo Bueno.

This participatory model enhances the impact of the actions in the territory. As well, the consensus ensures neighbours’ trust which allows for the sustainability of the long-term integration process.

The community support, participatory governance and democratic management of the Project are its ground-breaking and innovative aspects. The creation of pre-established and permanent participatory spaces (Participatory Management Boards, Technical Boards, Environmental Health board) allowed neighbours, beneficiaries, private stakeholders and interested organizations to meet and decide both substantial and incidental aspects of the urbanization process, varying from new streets layouts or how the apartments would be constructed, to the names those streets would bear. Additionally, many neighbours were also part of the implementation stage since the companies appointed for the construction were expected to hire local manpower to develop employment. The Development Bank of Latin America (CAF) was also a crucial financial partner in this project. Lastly, a wide range of government departments, NGOs and companies are consulted during the entire process. In addition, the Housing Institute of Buenos Aires City has engineers, architects, sociologists and specialists in urban planning to advise each stage of the development of the process.

A concrete example of collaborative work between neighbours, public and private sectors is the agreement signed with the Hilton hotel in 2021, in which vegetables come exclusively from our nursery.