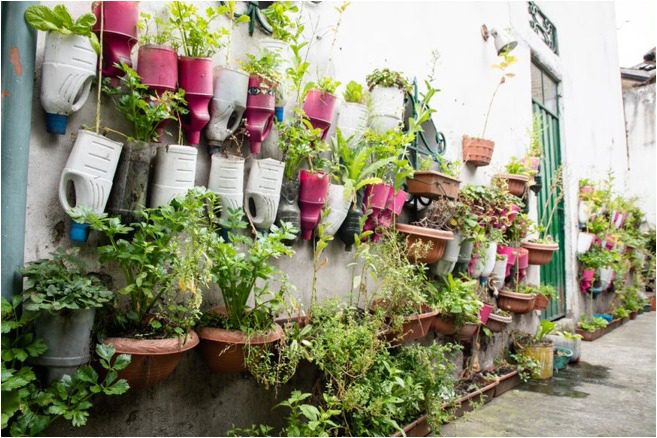 The young chef who wants to leave a mark with his agroecological crops:

In the Lucero Bajo neighborhood of Ciudad Bolívar, in Bogota, Brayan Rojas gave life to a garden on land that was affected by solid waste deposits. Today he sows and markets short-cycle vegetables in an agroecological way and also advises several people to build their gardens on terraces, patios and front gardens.

His first love was cooking, a romance that he started as a child. Since he has the use of reason he remembers that he watched in detail his mother, father and grandmother prepare lunches with the Andean products that cover the Cundiboyacense savannah, such as potatoes, peas, onions and corn.

He dreamed of becoming a chef to replicate the dishes made by his father, a police officer with a strong temperament and a passion for cooking. He also wanted to capture, in these culinary preparations, the love for the land that his grandparents and one of his aunts instilled in him, in the coffee plantations they had in the countryside, where he learned to cultivate.

After studying a professional technician in gastronomy, he worked in several restaurants in the capital, where he strengthened his culinary knowledge and began to experiment with various products, especially agroecological vegetables. His mission in this world, says Brayan, is to reactivate that connection with the earth in citizens and create projects or initiatives that aim to mitigate global warming.

In order to multiply the experience and achieve a greater scope, within the framework of an agreement with the Organization of Ibero-American States, OEI, a multimedia communication strategy was designed and is being implemented, based on the characterization of the different actors, that involves pedagogical, scientific, promotional and informative publications, in order to put the generated and applied knowledge at the service of citizens.

In this context, the entity’s website incorporated the co-creation microsite “Bogotá es mi huerta”: (“Bogota is my vegetable garden”) https://bogotamihuerta.jbb.gov.co/ , as a space for dissemination, visibility and exchange of knowledge and experiences, based on information technology.

In the microsite, the scientific, technical and social information generated within the framework of the program is beginning to be made available, and due to its interactive nature, it involves the experiences of users and promotes the exchange of knowledge.

One of the most innovative strategies consisted of linking the MUJERES QUE REVERDECEN (women that green) project to the actions of the AUPA Program (Urban and peri urban agriculture), in which the Mayor’s Office of Bogotá linked around 1,000 women in a situation of vulnerability, who were trained to develop different activities related to the management of vegetal covers, urban agriculture, gardening, among others. With which it is sought to improve their living conditions and contribute to the social and environmental recovery of the City.

The urban and peri-urban agriculture initiative of Bogotá is not only one of the oldest in the country but also one of the most robust, framed in a Development Plan, with measurable goals and indicators and with the oversight and accompaniment of citizens.

Through the combination of technical processes and training and education, conceptual and practical tools have been generated for the communities to integrate those tools into their local knowledge.

Requests have been received from different cities both nationally and internationally, regarding training and assistance processes on issues related to the AUPA (urban and peri urban agriculture), which, given the circumstances of the pandemic and the opportunities generated by virtuality, are being channeled and executed through the botanical garden Facebook Live:

and other virtual platforms. In this way we present the technical guidelines and experiences obtained.

In terms of communication, a multimedia strategy is being implemented, based on a map of audiences, which involves educational, scientific, promotional and informative publications, in order to put the generated and applied knowledge at the service of citizens. A microsite focused on the AUPA program was made available on the entity’s website.