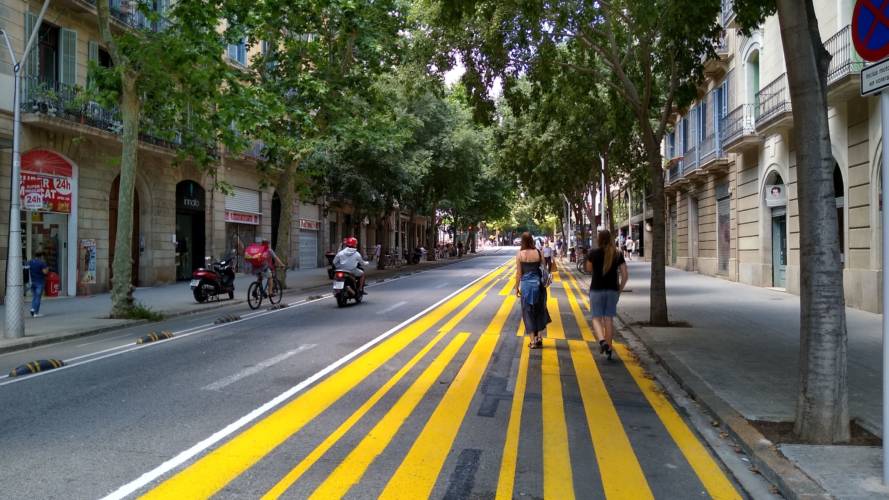 The reclaiming of inner blocks (interiors de manzanas) further complements, in the private realm, the work underway in public spaces. As mentioned earlier, in Cerdà’s vision, inner blocks were supposed to be gardens, however this provision was never made mandatory. As a result, most of the inner courtyards today are occupied by car parks, workshops, shopping centres or other commercial facilities. When the interior area of a block is vacated because a business moves away, or public underground parking space is created nearby, the City tries to reclaim the space working with neighbourhood associations and non-profit organisations to create community space on private land.

“The process is slow and expensive,” comments Gabino Carballo. Designs tend to be simple, focusing on the needs of the local users, often elderly people and children. There are playgrounds with patches of grass, and sections for benches with trees to provide shade. Started in 1987, the Eixample inner block reclamation initiative has managed to transform 48 courtyards to date, thus providing close to 100,000 sq.m. of new public space to local residents. The goal is for all Eixample’s inhabitants to have access to a public space within 200 metres (less than five-minute walk) of their home.

In addition to the inner block reclamation programme, the City has also targeted private owners to encourage the creation of more roof gardens using a combination of grants and a yearly competition.