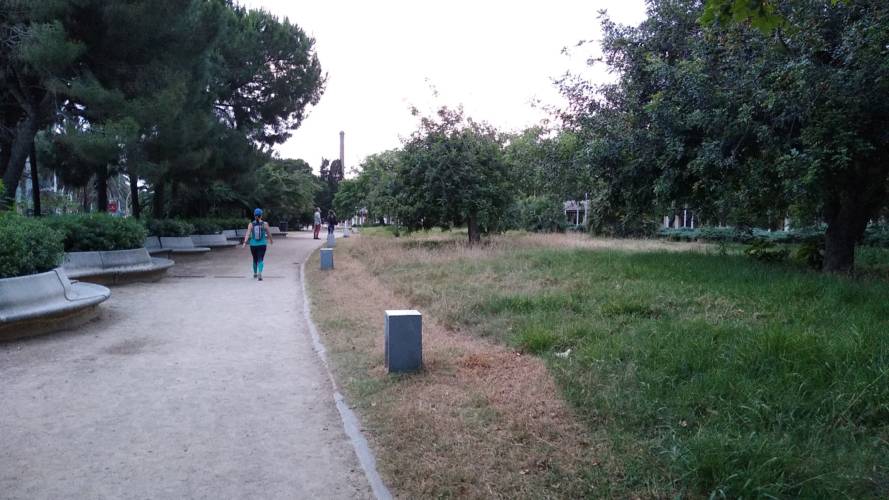 The green corridors (corredores verdes) programme is an extension of the superblock idea. It focuses on the transformation of long avenues that cross through large extents of the city, and that are not so critical for motorised mobility. The ambition is for such corridors to link some of the superblocks to one another, and connect the mountains that are in some of the largest green spaces (the park of Montjuïc and the periurban forest area of Collserola) to the sea. Barcelona’s avenues typically feature six lanes of traffic, three in each direction. In green corridors, the number of lanes dedicated to cars is brought down to two (one in each direction), and the remaining space is reallocated to dedicated bus lanes, cycle lanes and footpaths, as well as to extensive amounts of plantings.

As an example, the transformation of Meridiana Avenue will add 58,000 sq.m. of green space to the city. As much as possible, surfaces are made permeable to facilitate water infiltration, thus providing a better growing environment for the vegetation. The new plantings incorporate large numbers of trees, combining multiple species, as well as shrubs and an herbaceous layer drawing from the wildlife-friendly and climate-adapted plant palette identified in the City’s guide on Good Gardening Practices. Efforts to support biodiversity also translate into the inclusion of areas where water can pond in a natural fashion and the piles of dead wood left to decompose, two features that are usually rarely found outside parks.