Following completion of the first round of judging by the Technical Panel of Judges, 18 green city initiatives reached the shortlist for the inaugural AIPH World Green City Awards. The shortlist is comprised of the three entries in each of the six categories that achieved the highest scores by the Technical Panel. These entries have now been presented to the jury who will select one winner for each category, as well as one overall winner.

Click on a jury member to learn more about them. 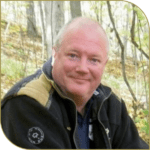 Bill has had many roles and responsibilities within the horticulture industry over the years and has always had an avid involvement in industry professional development, education, and certification. 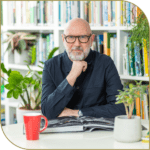 Andrew is a Landscape Architect whose work explores the connection between people and nature. He started his company, Grant Associates, in 1997 which has grown into an international design studio with offices in Bath and Singapore. His approach is based around using creative ecology to find solutions to the major challenges of climate change, biodiversity loss and improving human quality of life, health and well being. Each of his projects responds to the place, its inherent ecology and its people and promotes quality and innovation in landscape design.

In 2012 he was awarded the title of RSA Royal Designer for Industry in recognition of his pioneering global work in landscape architecture such as the multi award winning Gardens by the Bay in Singapore. The 54 hectare park explores the technical boundaries of landscape and horticulture in an Asian city and won the Building Project of the Year Award at the 2012 World Architecture Festival.

He is a Visiting Professor at the University of Sheffield, an Honorary Fellow of the RIBA and a member of the National Infrastructure Commission Design Group. Based in the city of Bath he is Chair of the Bathscape Landscape Partnership and a member of the Bath World Heritage Site Advisory Board.  He is also co-founder of the pop up festival Forest of Imagination which engages the wider community of Bath in the reimagining of city spaces and our relationship with nature in the city. 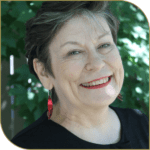 Dr. Mercer Clarke is an interdisciplinary scientist and landscape architect specializing in advancing resilience through the delivery of useful science on climate change to communities, business and governments.  Trained as both a marine ecologist and as a landscape architect, Colleen’s professional career has ranged in scale from international and national coastal management initiatives, environmental audit and impact assessment, through watershed, regional and municipal planning initiatives, and detailed site design.  For over 30 years, Colleen has focused on the sustainable development of resources and communities through stewardship and conservation of natural and cultural resources.

In 2009, Colleen’s work shifted to focus on adaptation in coastal communities at threat from sea level rise, severe weather and a changing climate.  She is Co-Author of the Adaptation Primers – introductory books providing information on the most complex challenges facing decision-makers today (https://www.csla-aapc.ca/mission-areas/primers).  Currently, she is an advocate for ecosystem-based approaches to planning and design, and for the continued strengthening of efforts to protect, restore, and to sustain our natural world.

David Maddox – Founder and Editor of The Nature of Cities 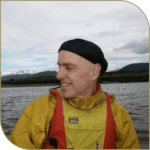 David loves urban spaces and nature. He loves creativity and collaboration. He loves theatre and music. In his life and work he has practiced in all of these. After a PhD at Cornell he worked at The Nature Conservancy on climate change and stewardship, leaving in 1992 to be a theatre artist. In 2012, David founded The Nature of Cities, a transdisciplinary essay, discussion, and event platform—1,000+ writers from around the world, scientists to activists, designers to artists. TNOC also conduct a global virtual event called TNOC Festival. He has published over 60 journal articles and books chapters, edited six books (both fiction and non-fiction), been sound designer for over 100 plays, and written 7 works of musical theatre. He lives in New York City. 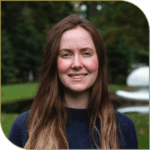 Ellie Tonks brings expertise in designing and delivering impact orientated systems innovation projects. As Programme Lead of EIT Climate-KIC’s Resilient Regions programme Ellie works with European regions and cities to design portfolios of climate-resilience innovations. With EIT Climate-KIC Ellie has managed over 30 innovation projects and partnerships in over 12 European Union Member States. Ellie brings academic and professional expertise on climate resilience and nature-based solutions and is on the Advisory Board of the JustNature project. Prior to this, Ellie has worked at the intersection of the arts and sustainability and continues to apply this multi-disciplinary thinking to her work on regional-scale systems change. Ellie was one of the 2050 Climate Group’s Young Leaders in Scotland and continues to be a youth climate advocate. 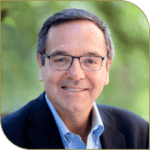 Gil Penalosa is passionate about creating equitable and sustainable cities, where all people can live healthier and happier.

Gil is the founder and chair of the Canadian non-profit organization 8 80 Cities. He is also Ambassador of World Urban Parks. He has worked in over 350 different cities, in all continents.

Before immigrating to Canada, Gil was Commissioner in Bogota, where he led the construction of over 200 parks and 100 kilometers of Open Streets. He holds an MBA from UCLA, and a PhDhc from SLU’s Urban Planning, Sweden. Gil is in Planetizen’s Top 50 Most Influential Urbanists and recently received in Australia the World Urban Parks Distinguished Individual Award. 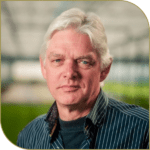 Twenty years ago, we, as a Dutch Nursery Association, introduced the Green City philosophy on the Floriade 2002. In the following years, we as an organisation spent millions on research to prove that green in the city was not a cost but a solution for many problems. All those years, I promoted Green City all over the world. The message was heard, but not much action was taken. Climate change and Covid 19 are the real game-changers. As president of ENA, I find it very important that the Green City concept becomes more international; therefore, as ENA we started a Green Cities campaign for Europe, in 13 countries within the European Union. As former president of the Dutch Nursery Association and now ENA president, I am involved in the Floriade world exhibition in the Netherlands. A great example of how green and infrastructure was designed and executed before the start of building houses. The Dutch Growers Association donated 2.500 trees, 90.000 shrubs and 180.000 perennials to show the enormous variety of possibilities in greening the city. Together with the green team of Floriade Almere, especially Niek Roozen, we wrote the second version of the Green City Guidelines; the next step in developing the green areas in and around the city. As the owner of nursery De Oude Aa, in my daily work I feel the hiccups and difficulties of unpractical and sometimes lousy legislation. We, as ENA, work hard to archive promotion for green, realising sustainability goals and better legislation. 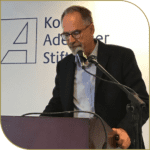 Kaj Embren is a sustainability expert in communication for businesses and organisations. His network spans CEOs, political leaders, digital influencers and engaged members of the public.

With over 25 years’ sustainability leadership and consultancy experience, Kaj has a track record of Promoting sustainable solutions to his many followers, and through his powerful. Informative, and inspirational podcast series, Transformers.

He has been working both as an independent consultant and between 2015, to 2018 as a Senior Advisor to the South Pole Group. Kaj has focused on projects to implement the COP 21 targets in cities and the finance sector globally, and in Scandinavia/Nordics particularly, and has advised Climate KIC central and Nordics and planning and running management workshops (e.g. on ‘Communications’,  ‘Decision-making’,  ‘Metrics’) and issue-based workshops on ‘Green Finance and Cities’ ‘Crowdsourcing’ and on Neighbourhood Economics.

Kaj organized the Nordic Mayors Network before The Paris Climate Summit( 2013-2015), connecting mayors and municipal administrations from a wide range of Scandinavian cities, the Compact of Mayors, the Convenant of Mayors, ICLEI, the Club of Rome, The Association of the Nordics, The Ministry of the Nordics, Global Utmaning, Kairos Future, the Southpole Group, the Stockholm Environment Institute and WWF Sweden. 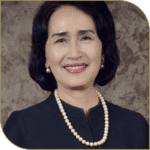 Recently, Karen initiated the Closed Loop System for Horticulture, which was recognized by the President. Karen is active with other associations including: the Indonesian Flower Association – Advisor, she initiated the Tomohon Flower Festival that transformed the city to become one of the Indonesian  tourist destinations. In cooperation with the Ministry of Public Works, she started  the Urban Greening Forum, and introduced the Green City Guidelines when she lead the association. In the last 5 years Karen has consulted to the Toll Road Highway, where she introduced Green Infrastructure principles, and developed the Toll Road Planting Guidelines. She has served on the Indonesian Botanical Garden Foundation as Vice Chair of Finance, and at the Flower Foundation as Advisor .

Karen recently received recognition for her dedication as a Green City pioneer and ambassador of Indonesia’s ornamental horticulture when she was named one of the nine winners of the prestigious 2021 Silver Carnation Award in the International Business Management category. Karen is a long-standing board member of AIPH for Region 8 (South East Asia and Oceania). 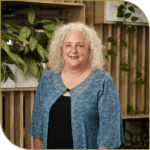 Kobie has more than 25 years of practical and managerial experience in Environmental Management and Urban Development. Her expertise ranges from biodiversity, climate change, coastal management to urban sustainability and planning.

She is responsible for the strategic direction, growth, partnerships, programmes and scope of work for ICLEI in Africa, as well as globally in her capacity of Deputy Secretary General.

Kobie is also Global Director for ICLEI’s Biodiversity and Nature-based solutions work, and in this capacity heads up the Cities Biodiversity Center embedded in ICLEI Africa. 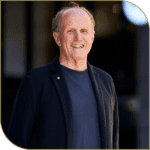 Since joining the City of Melbourne in 1985, Rob Adams has through his role at the City help write and implement the rejuvenation strategy for central Melbourne. This has resulted in Melbourne being voted, by the Economist Magazine, the world’s most liveable city on seven occasions.

He received the Prime Minister’s Environmentalist of the Year in 2008, the Order of Australia in 2007, and the Australian Institute of Architect’s National President’s Award in 2018, and the CoM City Design team which he led have received over 160 international, state and local awards.

Since November 2020 he has fulfilled an advisor and mentoring role as the City Architect while also setting up his own practice Adams Urban.

Tim Badman – Director of the World Heritage Programme at IUCN and Lead of the Heritage, Culture, and Youth Team in the Centre for Society and Governance 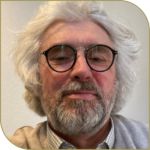