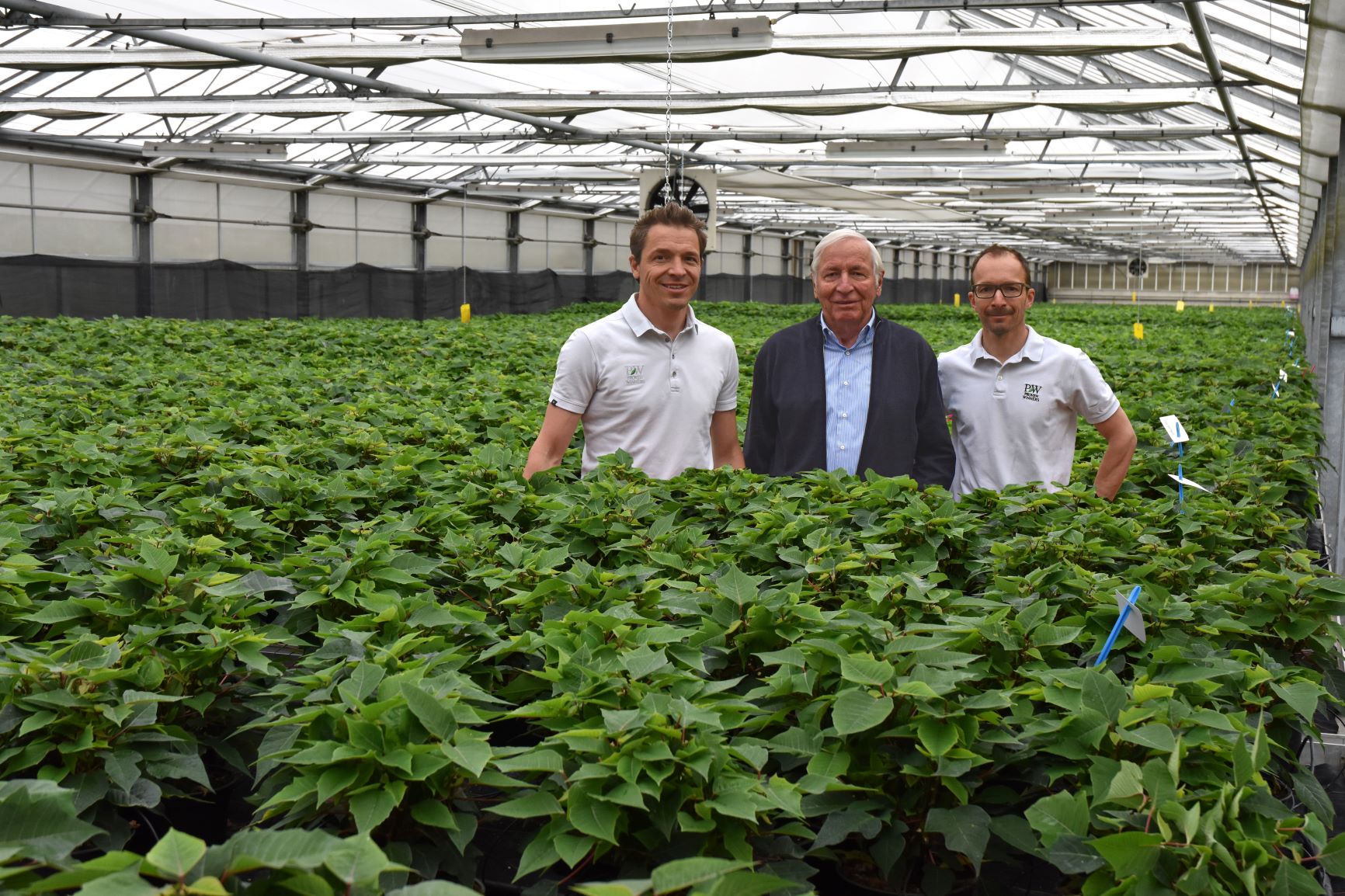 We can start a short history of modern-day plant propagation in Italy with growers on the Italian Riviera, rooting their carnation cuttings in the area that was until the 1980s the epicentre of Italian floriculture.

However, the first experiments of ‘industrial’ propagation in Italy have carried out at the Minoprio School in the 1960s thanks to professor Vittorio Baldi. After a visit to England between 1964 and 1965, he conducted the first experiments with Chrysanthemum and Poinsettia in the school’s experimental greenhouse.

Soon the ‘mist’ rooting method, fine-tuned by Baldi, was adopted by nursery stock propagation firms, first Cattaneo which visited Monrovia in the USA in 1968, then Brambilla and Sartori in the same area (Lombardy, north of Milan).

Around the same time, many Danish, Dutch and German companies understood that some Italian areas had an optimal climate for their mother stock and a relatively low cost of labor and availability of previously built facilities. Thus began their operations, predominantly in Sardinia (DCK and Fides), in the area south of Rome near Latina (Klemm and Brandkamp), in Liguria (Bock) and in Sicily (Barberet).

Years later, some of the foreign companies discovered that Africa offered even better conditions. Therefore, many vacated their facilities in Italy, but kept a local commercial network or made strategic partnerships with Italian firms. In the meantime, many Italian ‘pioneers’ such as Vincenzo Albani and Carlo Lazzeri had also established their propagation units.

Nowadays, most propagation firms use unrooted cuttings from Africa and root them in their facilities. But part of the stock is maintained in Italy and there are also some that raise their starter plants from seed. In Lombardy and in the area near Pistoia there are propagators for nursery stock plants. For annuals and biennials, many companies have their headquarters in the North-Eastern region of Italy, near the Austrian and Slovenian borders. Here are four of them:

Andreas Psenner established his propagation firm in 1967 in Bolzano (Bozen). In 1976, he introduced the first Italian-bred varieties of Pelargonium on the market. The firm expanded, acquired a firm in Sardinia and started a partnership with the German breeder Endisch. The two sons, Thomas and Robert, entered the firm in 1998 and 2002, and in 1999 Psenner was one of the founders of the Proven Winners (PW) group. They now breed different crops for PW such as Lantana, Bidens and Pelargonium. They have built a new production unit in Caldaro that was recently updated with 6,000 m2 of cabriolet greenhouses. In 2017, the firm took over Savanna Flowers in Kenya for the mother stock. The company now sells worldwide with a production of over 60 million unrooted cuttings.

The Psenner commercial network is a joint venture with another of the most important propagation firms, Planta. Headquartered in Bressanone, the firm was established by the local church in 1978. They mainly grow seed-raised varieties or cuttings not in competition with those propagated by Psenner. The agreement also involves another company, Agriplant (formerly Monteforte), which mainly produces Cyclamens in Sardinia, a very efficient partnership from a commercial point of view, with all firms remaining absolutely independent.  The Director, Aldo Staboli, one of the most knowledgeable persons in our industry, has set up a very efficient team and the company has expanded in the last few years. Planta and Psenner together organise an Open Days event every two years.

Azienda Agricola Sentier was established in the 1980s in Mosnigo di Moriago, near Valdobbiadene, the most important center for Prosecco production, by Romano Contessotto and another partner whose shares were later acquired by Michele Silvestrin. Their specialty has always been Cyclamen. Romano is recognized as one of the world experts of this crop – but the company’s product offerings have rapidly expanded, covering a wide assortment: annuals, biennials, vegetables and potted plants. In Cyclamen, they also offer their clients balanced mixes with varieties from different breeders. A very efficient network of agents sell on their behalf in Italy and abroad.

Gruppo Padana was established in 1988 by Giorgio and Paolo Gazzola, who took over the 8,500m2 farm of their father, Albino. In a very short time they evolved into a huge group, with around 280,000 m2 in the original location in Paese, near Treviso, and another location in Gaiarine, taking over the Resteya premises (70,000 m2), another one of the ‘historical’ young plant producers in Italy.

The Paese unit, built in 2010, is a ‘state-of-the-art’ nursery, with solar paneled greenhouses on 25% of the roofs. To recover the light lost, the rest of the roof has a light-diffusing cladding. Thus,  in the greenhouses they are able to grow any crop, just as if they were working in a conventional greenhouse. Gruppo Padana has the widest agent network in Italy and they also export to part of their production abroad to Europe and Asia.

Paolo Gazzola was one of the few European young plant producers at the Flower Show Turkey/Eurasia Plant Fair in Istanbul (November 2018), with the aim of helping local growers obtain good quality starting material. Another important facet of Gruppo Padana is diminishing the use of crop protection products as much as possible by using new techniques that enable them to detect outbreaks before they occur.

Padana and Sentier, in 2012, jointly organised the 43rd Fleuroselect convention in Eastern Italy. 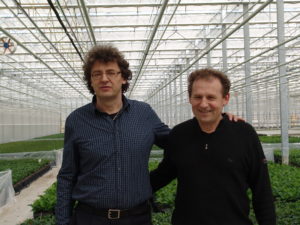 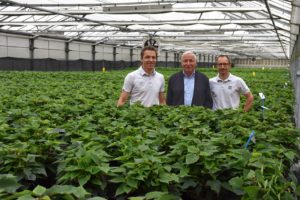 Pictured left to right are Roberto, Andreas and Thomas Psnenner. 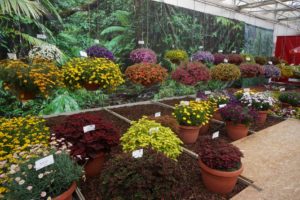 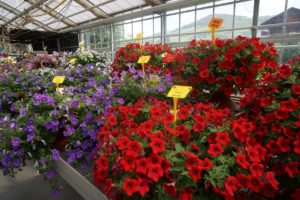 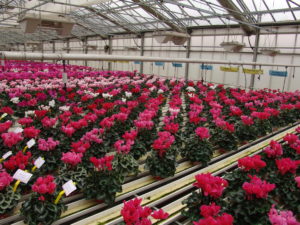 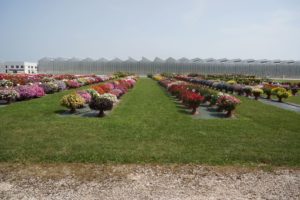 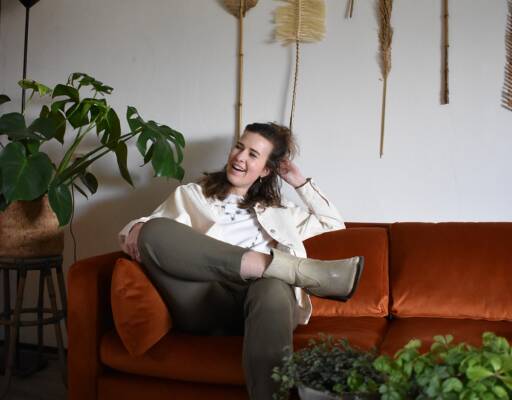