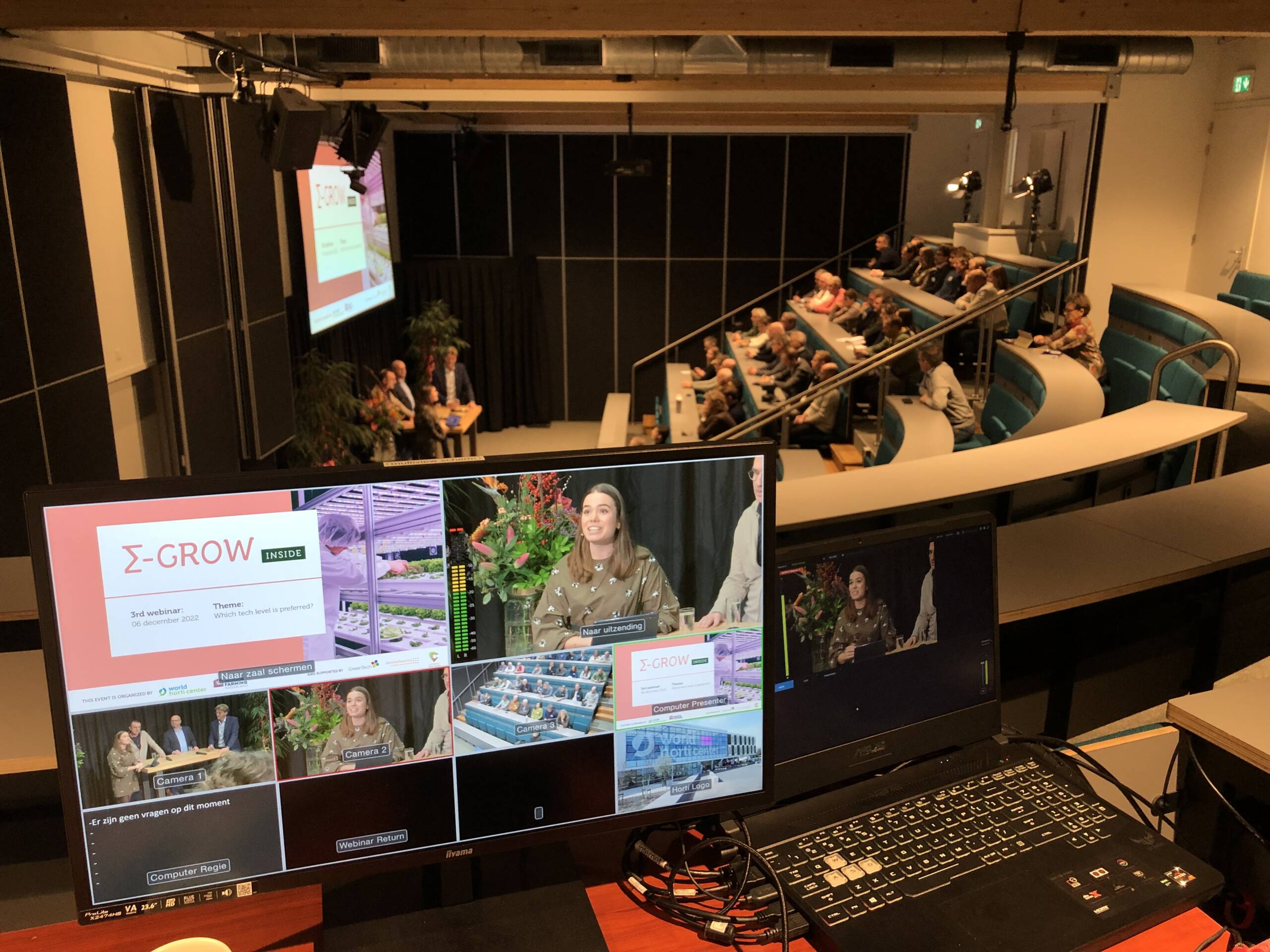 According to Dutch-based World Horti Centre, industry professionals worldwide have welcomed the inaugural three episodes of their ∑-Grow Inside webinar with enthusiasm.

During spring this year the knowledge and innovation center launched this series as a part of their ∑-Grow pavilion. This pavilion positions the Netherlands and its tech suppliers as frontrunner in the field of indoor farming. Each webinar had its own professional panel and subject. Themes like ‘Beyond leafies: what else?’ and ‘Which tech level is preferred?’ sparked fruitful discussions. World Horti Centre hosted the last webinar of this year on Tuesday December 6 which was well attended.

On Tuesday December 6 World Horti Center organized the third and last ∑-Grow Inside webinar of this year. The panel of professionals formed by Eric Egberts (Farmer at Growy), Renko Schuil (Business Developer Indoor Farming at TTA) and Joep van den Bosch (Chief Innovation Officer at Ridder) had great discussions and really challenged each other on certain topics. Lisanne Meulendijks (Global R&D Director at &ever) was the new moderator for this edition and made sure to steer these three gentlemen in the right direction when needed.

Which tech level is preferred?

Together the panel dived into the subject ‘Which tech level is preferred?’. They discussed what the right tech level is for an indoor farm and on which factors these levels depend. Think of labor, energy and even the consumer. According to Renko Schuil a consumer determines if a company is viable or not: ‘Bluntly put, if a consumer does not value the quality of the food you produce in your vertical farm it’s not worth the investment’. Another main topic all three talked about is labor costs in relation to technique and automation.

Joep van den Bosch on this: ‘The tech requirements are determined by the minimum wages, where labor costs are high it fits to automate’. Last but not least Eric Egberts challenged everyone in the room by questioning if we can produce an indoor farm at the same price as a greenhouse, because that’s probably your competitor. According to Egberts: ‘we need to make producing food cheaper.’

The  ∑-Grow Inside webinar series continues next year and the fourth webinar will be hosted on 28 March, 2023. The topic for this edition will be communicated at the beginning of the new year. This webinar series is part of the ∑-Grow pavilion in World Horti Center and is organized in close cooperation with the community Indoor Farming NL and supported by GreenTech, FarmTech Society and Greenport West-Holland.