Home > EventsSpain > ‘Iberflora has to get the sector excited again, we need to see each other and be positive’

‘Iberflora has to get the sector excited again, we need to see each other and be positive’

VALENCIA, Spain:  “Our sector could be one of the main beneficiaries of this crisis: houses, homes and green environments have become important again.” Iberflora boss, Miguel Bixquert, speaks openly about the leading green fair in Spain and highlights the need for renewed enthusiasm, especially after everything that has happened. Iberflora will be opening its doors at Feria Valencia from 6th to 8th October, coinciding with Eurobrico and Ecofira.

Question: How do you see the current situation?

Answer: “I am concerned. This has been a huge challenge that has tested us as individuals and as a society, although I would like to think that if we learn our lesson we can still make positive changes and move towards a new society and a new economy. When we are pushed to the limit is when we really get to know people, be it friends, customers or suppliers. Many things that we saw coming have snowballed in two months. In some respects, it has been a wake-up call, and has galvanised us into making some very brave decisions.”

But you won’t deny we have a problem?

“Not one single problem. I think we have several problems: a health problem that we seem to be bringing under control, though we must not forget the thousands of deaths; an economic problem that will push many companies and people to the limit; another problem which, as a Western society, we thought would not affect us and we would be protected from events and unforeseen circumstances like the pandemic; and finally a personal psychological issue in which if you are not negative you are looked upon with suspicion, as though you are not aware of exactly what is going on.

The reality is out there, there’s no denying it, but if you stay home and complain about it, you won’t solve anything. There’s no point crying over spilt milk. I don’t understand why people like to hear that the world is coming to an end. I think it’s time to change our mindset and see things from several (and different) points of view.”

What do you suggest?

“My idea is not to suggest, it is simply to express my point of view. We just need to look at the media to see apocalyptic visions and to accept theories of dubious origin as unshakeable truths. There are too many comments and too little information. As no one wants to be called deluded or irresponsible, we are all walking around with a pot of black paint and a large brush, painting a very black picture. And finally if you get people to come round and agree that some things are black but others are white, they come and tell you, what if there is a second outbreak in November? Then you get up and leave. God forbid, but if there is a second outbreak, we will have better knowledge of the virus and we will be better prepared to deal with it.”

In a situation like this, what is Iberflora’s approach?

“From 6th to 8th October we will be holding IBERFLORA alongside EUROBRICO AND ECOFIRA, bringing together a wide range of professionals and firms in the green, DIY and environmental sectors. There will be over 600 exhibitors at the fair, located in four pavilions with a surface area of almost 50,000 m2.

IBERFLORA is the combination of several sectors and the situation is not the same for all of them, though it is true that some of them have had a really hard time.

It will be a very emotional fair, and a very necessary one. This crisis has broken down many relationships, has left many issues pending and many relationships have cooled. The sentence that I hear most often now is: “when we meet again”. The answer is at IBERFLORA.”

Can you guarantee exhibitors and visitors that they will be safe?

“As safe as they are at home. We have addressed the health and hygiene issue just like any other shopping centre, but, in addition, all the trade fairs in Europe have drawn up their own protocols that comply with government regulations.  Compared to other events that bring together a lot of people (trains, football, basketball, concerts), we are the safest environment.

Trade fairs are more flexible, we can redesign access areas, corridors, heights, depending on the type of event or product being exhibited.

From July onwards, various cities will be hosting the first trade fairs.”

What would you say to the companies that are reluctant to exhibit this year?

“This year, more than ever, fairs are necessary, we have to get the sector excited again, we need to see each other and be positive. Trade fairs are mostly about people and enthusiasm.

We will try as hard as we can to get the exhibitors excited and convince them that now more than ever they should be exhibiting, but if they don’t want to or cannot exhibit, for whatever reason, then I would ask them not to make trouble, and to do something more productive.

There is something very strange about the trade fair eco system. When someone doesn’t exhibit at a fair, they always try to justify their decision by looking for allies. In my case, if I don’t want to buy something, first of all, I don’t knock the product and secondly, I don’t call people to tell them that I haven‘t bought it.

I like to give these people an example: imagine you are going to sell your product to a garden centre and the owner ridicules your product, doesn’t buy from you, and also calls other garden centres so that they do not buy from you either. I don’t know much about psychology, but this must have a name. Please let’s be respectful and professional.

How are we going to make our customers excited and enthusiastic if we create a bad atmosphere and on top of that we stay at home? Our clients have had a hard time, the last few months have been very tough (though they have managed to win back some of their sales) and I can assure you that they are dying to get out of the house.”

Will Feria Valencia be receptive to the situation faced by many companies?

“In a very elegant way you are asking me if we will be reviewing prices, my answer is yes, nowadays more than ever we have to stay close to our customers.

We already had special conditions for some groups, but this year we are going to improve them and extend them to all exhibitors. We want them all to be able to access discounts of between 30% and 40%.”

What shape will the green sector be in after this crisis?

“If we can get our act together, we could be one of the main beneficiaries of this situation: our homes have played a central role in our lives during the months of lockdown, with people taking refuge in them. Gardens, balconies, patios and plants have become important again. In addition to the quality of life and the fact that they purify the air, they have been a constant and have kept us company. And then, when we were allowed to leave the house, the first thing we did was go to parks, gardens and green areas, we really needed it.

The end result will depend on us and the decisions we make. If we can all come together and work as a team, it will be easier to find solutions and the green sector could be in great shape in the future.

During the state of alarm, I have noticed attitudes and heard comments from some people and leaders that make me optimistic.” 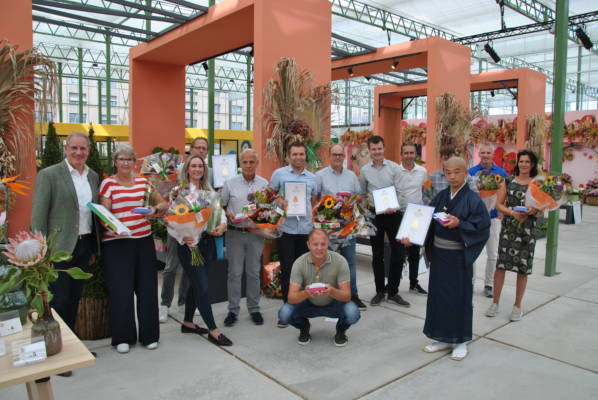 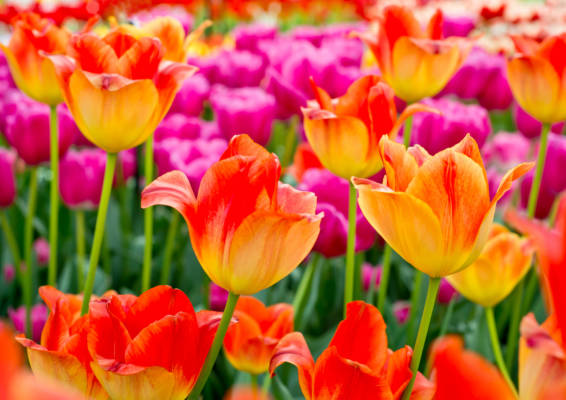