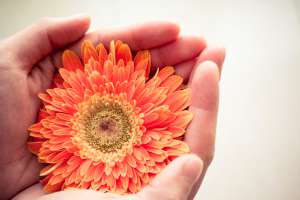 WESTLAND, Netherlands: Van Veen Gerbera, a grower of mini gerberas and Barendse Gerbera’s, a grower of standard gerberas, are pleased to announce a merger, taking effect from 1 January 2021. The merger will allow both companies to grow their business and reduce operational costs.

The Van Veens, Groenewegens and Barendsens, the three families involved in the merger, are no stranger to one and another. Already in the past, the three have collaborated closely to raise the profile of the Dutch gerbera industry.

As part of the companies’ growth strategy, the production of mini gerbera will move to Naaldwijk with all flowers sold through Colours of Nature. Founded in 2004, Colours of Nature is an alliance of leading Dutch mini gerbera growers to promote and sell mini gerberas jointly. To date, the grower’s group includes nine nurseries, covering an area of 32ha and trading under a single brand name. The combined nurseries grow more than 250 million stems of mini gerberas for the floral mass market having made sustainability, trust, quality, and transparency the core elements of their growth strategy.

Founded in 1968 by Theo Barendse, Barendse Gerbera’s swopped butterhead lettuce and tomatoes for gerberas in 1976. Today, second-generation Peter Barendse runs the company which in 2008 saw the completion of a 3ha state-of-the-art facility at Hoge Geest in Naaldwijk, not far from where the flower nursery once started. Barendse Gerbera’s is a member of growers’cooperative Summit Gerbera that sells its standard gerberas. Peter Barendse told FCI that for now both companies continue to trade under their own names with a new brand being ‘work in progress’.

Van Veen Gerbera is family run business operating from two sites: Hofzichtlaan and Kasteelweg. The nursery grows mini gerberas for the mass floral market and is a member of  Colours of Nature.