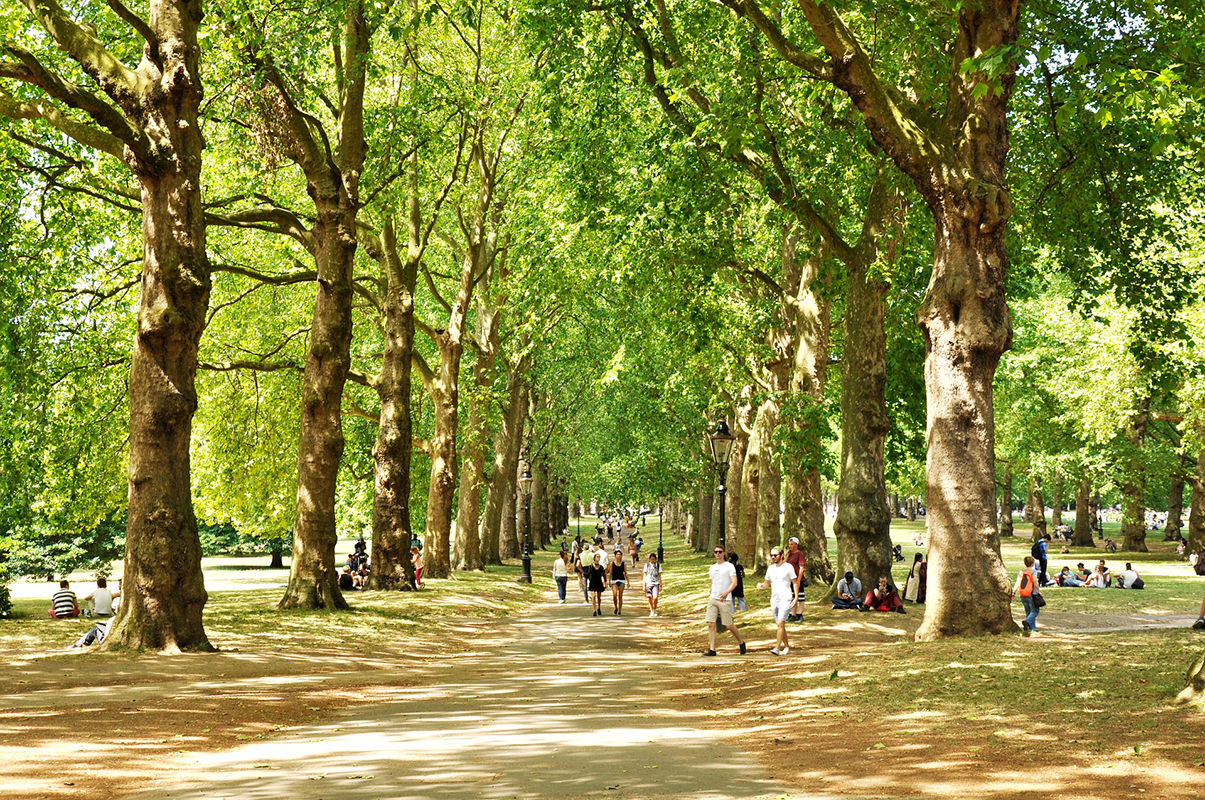 LONDON, UK: Trees bring many benefits to cities. Now, more than ever, trees need to be part of essential urban infrastructure, and city leaders around the world are announcing ambitious plans to plant more trees and to protect those already growing. Behind this high-profile activity, is an urgency to reduce the serious impact of the urban heat island effect that has resulted from converging issues of climate change and increased building.

In the next City of London Green City Briefing, the merits of trees are presented with attention to the importance of design, construction and maintenance in delivering benefits.

Taking place, free of charge, on Tuesday 14 September 2021 from 1-2 pm BST, ‘Urban Heat Island Effect and Urban Forests’ is the fifth in a series of briefings by the International Association of Horticultural Producers (AIPH), in collaboration with the Worshipful Company of Gardeners.

Prof. Rob Adams AM, City Design, City of Melbourne, Australia, who is moderating the webinar understands the challenges and importance of incorporating tree plantings into city infrastructure, and how success relies on engaging all stakeholders. Rob Adams led the rejuvenation of central Melbourne. He received the Prime Minister’s Environmentalist of the Year award in 2008, the Order of Australia in 2007, and the Australian Institute of Architects National President’s Award in 2018, and his City of Melbourne City Design team have received over 150 international, state, and local awards.

He comments: “The last few weeks of devastating fires across the northern hemisphere and the latest IPCC (The Intergovernmental Panel On Climate Change) report on rising temperatures, have numbed and frightened us by the situation we find our planet in. Is it too late? How can we replace all the trees lost in such a short period?

“With most of us now living in cities, this is surely the time to embrace urban forestry. Prof Dr Cecil van Konijnendijk and Ian Shears are two world experts in how to achieve this, and bring a vast knowledge of both policy and implementation to this discussion.

“The last 50 years of practice have taught me that the most effective way to improve the amenity and performance of a city is to plant trees. Join with us to find out how this is best done.”

Cecil has over 25 years of experience studying, teaching, and advising on aspects of urban forestry and nature-based solutions. He is widely considered as one of the world’s leading urban forestry experts, and his work has been featured by leading media outlets such as CNBC and in international documentary films.

Cecil comments: “We have come to know a lot about the important contributions of nature to cities, but this knowledge is not always translated into specific policies, guidelines, and actions.”

His presentation introduces experiences and examples from the inter-disciplinary field of urban forestry, where close science-policy-practice collaborations have become more common. He introduces a new effort to connect science, policy, and practice in urban forestry: the 3-30-300 rule for greener and healthier cities.

Speaker Ian Shears, Principal of Ian Shears Green Infrastructure + Urban Forestry, follows with a presentation on ‘Unleashing the potential of nature – from knowledge to practice.’

Ian is acknowledged as one of Australia’s experts in urban landscapes. He has specialised in urban greening for 30 years, and worked for 19 years with the City of Melbourne. He advises governments nationally and internationally on policy and practice of urban greening. Ian and his teams have been credited with the development of some of Australia’s most progressive environmental work and have won many awards.

Ian comments: “There are many drivers for urban greening, and a wealth of knowledge about its benefits, but also a very wide range of organisational capacity and maturity to deliver the desired outcomes.”

Using case studies, Ian’s presentation will identify the components needed to realise the full potential of urban fabric to deliver on environmental service provision, biodiverse ecological benefits, and, importantly, the immersion of the community in nature. Collaboration is essential for the design and creation of healthy and resilient urban forests and communities.

Register for the ‘Urban Heat Island Effect and Urban Forests’ webinar at aiph.org/event/green-city-briefings-urban-heat-island-effect-and-urban-forests/