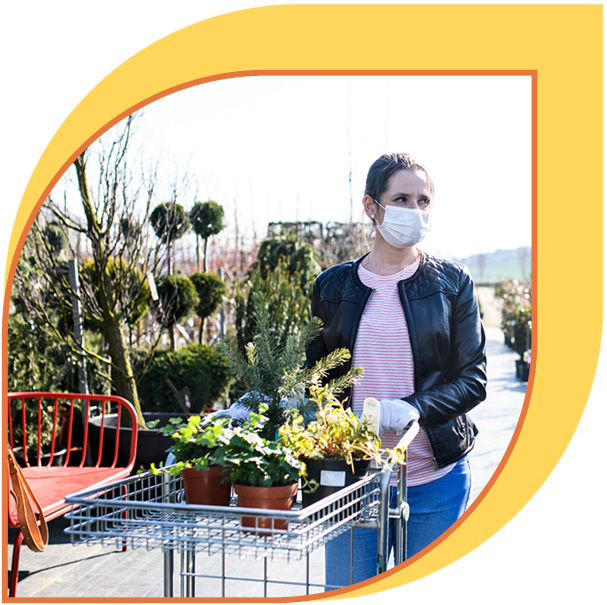 CHESTER, UK: THE GARDEN Centre Association’s (GCA) recent Barometer of Trade (BoT) report for February has revealed furniture and barbecue sales at garden centres saw a 79.17% year to date increase during the month (2021). Sales in outdoor plants were up too at 8% and houseplants were up by 3.62%.

Although Welsh, Scottish and Northern Irish centres were closed in February, as essential retailers, English centres remained open and recorded positive sales in seven of the 13 BoT categories.

Iain Wylie, GCA Chief Executive, explained: “February is normally a quieter month for our members and with centres in Wales, Scotland and Northern Ireland still closed, it was a very difficult month for many and, subsequently, the majority of our members recorded figures that were down from previous years.

“There were decreases in just under 50% of our BoT categories. Cafés and restaurants normally help drive footfall in centres during quieter gardening months like February, but hospitality, understandably, remained closed.

“The weather was also challenging in February, with just a handful of dry, calm, milder days, and this will have put many off being outdoors during the month. However, those members who were open have started to see some green shoots of recovery in some areas. It’s also wonderful to continue to see gardeners braving the elements and getting ready for spring. It is clear gardening remains an essential activity to help boost the nation’s health and wellbeing too.

“Garden centres continue to be community hubs and places for people to collect all their essential shopping, including necessary gardening items and, also, food and produce from on-site food halls and farm shops. Consequently, food hall and farm shop sales for the month were up, year to date, by 25.49%.

“It was clear in February that people were preparing to spend more time in their gardens this year again and they were getting ready by buying furniture and barbecues early.

“The other categories to perform well in February included hard landscaping with sales up 24.92%, garden sundries up at 20.4% and seeds and bulbs up 19.34%.”

Iain added: “Christmas was also down by -54.04%, as centres didn’t have stock hanging around in the same way as they had in the previous year due to buoyant festive trading at the end of 2020. Instead, many replaced their traditional post-Christmas activity by setting up early for spring and, consequently, captured some early sales when the weather was pleasant.”

Overall sales for the month were down year-to-date by -6.89%.

The GCA BoT reports are compiled using actual sales figures and provide an up-to-date trading position statement. They are made available mid-month following the end of the prior month after all member garden centres have submitted their results.

The BoT reports allow members to compare their trading positions with other centres.

Through sharing information and its inspection programme the GCA helps members to achieve high standards in customer service, plant quality and reliability.