Trees don’t grow to the sky 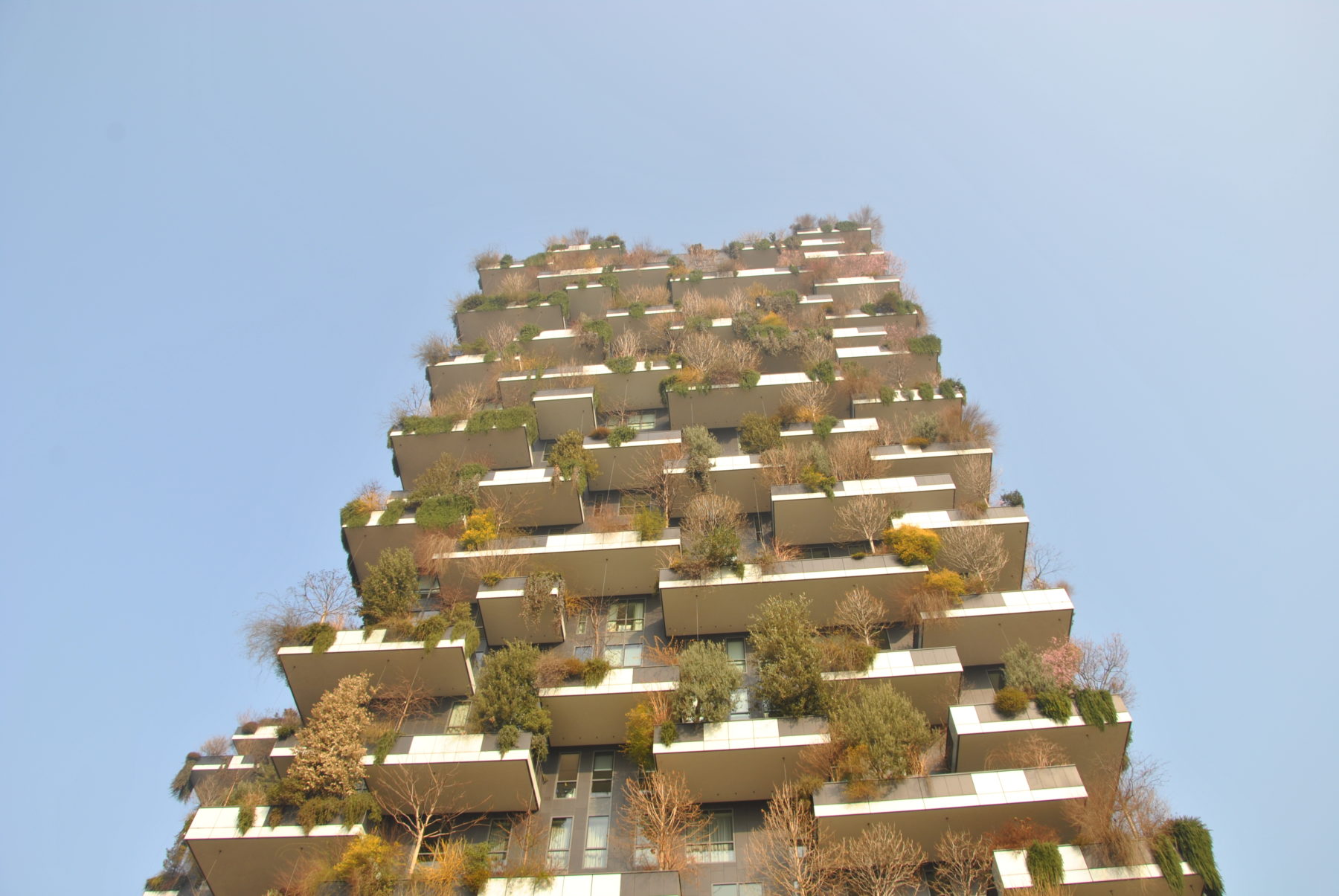 There is a common saying among investment folk, “Trees don’t grow to the sky.” It serves as a kind of warning that a company’s stock price won’t continue to increase forever. Isaac Newton used some solid, good horse sense for it by stating that ‘what goes up must go down’. There’s no better way to put these words to the test than by wandering and.. wondering into Milan’s Vertical Forest.

From rough study drawings to headlining in the New York Times, Le Monde and on CNN to scooping up the RIBA International Prize, a biennial award honouring the world’s best new buildings, it’s pretty safe to say that Il Bosco Verticale or Vertical Forest has skyrocketed to stardom.

The €65 million project is literally a vital part of a much larger Porta Nova residential development and the brainchild of architect Stefano Boeri. It comprises two residential towers standing 80 meters and 112 meters tall in Milan’s Isola district. Built between 2009-2014, the two towers are coated with almost 800 trees, 4500 shrubs and 15,000 climbing and perennial plants. Over a combined urban space of 1.500m2 they are believed to provide greenery equivalent to 20,000m² of forest.

Dubbing an expanse of 20,000m2 a forest sounds somewhat like a Commedia dell Arte but -eh this is Italy – this is the country where things are done allo grande, in a grand style. Besides these tall green towers add the density needed to help cure sky-high housing costs and gaping inequalities in global cities. What’s more, Il Bosco Verticale embraces sustainability to the full. Its creator Boeri underlines in different interviews how the Bosco’s plants purify and humidify the air while producing valuable oxygen.

However, critics have been quick to discover the first bursts in the sustainability bubble. In contrast to street trees, a handful of containerised Acacias, beeches, maples, oaks and ivy on a balcony overlooking a dense, concrete jungle will not help to solve the drainage problems that arise from increasing levels of urbanisation, they argue. Anyone who has experienced an Italian maltempo, with flooding and torrential rains will understand how pressing the issue is.

Speaking of water, each planting container is equipped with an automatic irrigation system:  water consumption 3,500m2/year. Maintenance is another cost factor as the service contract stipulates a maintenance check four times a year with three checks from the inside of the apartment and one check from the outside by a team of aerial arborists, who, like skyscraper window cleaners, travel up and down the buildings, checking and pruning the vegetation.

But financial support is underway, ensures Nada Forbici of Assofloro Lombardia, the region’s trade association for ornamental horticulture. The Bonus Verde, Green Bonus, is a 36% tax deduction up to €5,000 of the costs incurred in taking care of private gardens and terraces on the sole condition that a professional, certified garden maintenance company is hired and that an official invoice is submitted. The pertinent question is how often an average person requests a garden maintenance service and whether this is the type of luxury only the rich can afford?  Forbici says that the programme is now slowly taking off and she hopes that eventually, it will develop into a significant motivator to make the country greener. But she is honest enough to admit that so far predominantly nouveau riches from abroad, who have bought a villa on the scenic shores of Lake Como and Garda, have taken full advantage of the tax programme to restore their often derelict and long abandoned gardens.

Whether it is a George Clooney-like villa or an apartment in the Bosco Verticale: you need deep pockets to afford such luxury. The building’s apartments range from compact two-room apartments to penthouses and duplexes which cost €15,000/m2 and are occupied by famous rappers, industrials and football players such as Felipe Melo and Ivan Perišić. Meanwhile, word has spread that, five years after its completion, the Bosco Verticale is still semi-empty because, for the happy few, Milan just doesn’t sound as fancy as Dubai or Singapore.

From the outset, Bosco Verticale was aimed at creating an urban ecosystem linking urban life and nature. My best guess is that in a working district such as Isola the average person couldn’t care less about ecosystems, let alone that they are interested in microclimate, biodiversity and all the other green-toned prose. The question is how strong the aforementioned link really is? In what way can the public really enjoy nature that is far distant and contained in 28-cm thick balconies of reinforced concrete? Nature that is completely lost between an impressive cluster of adjacent skyscrapers  (including the Unicredit Tower, Italy’s tallest building in whose shadows Bosco Verticale looks like nothing more than a small, droopy blade of green grass.

Grass should be something everyone can walk on. As far as I am concerned, bare-feet and with flowers in your hair (thank you Scott Mckenzie). Blossom a whole new you with flower therapy and tree-hug as much as possible. Whether you greet the remedial effects of health and well-being crazes with enthusiasm or skepticism doesn’t really matter, but they make direct, physical contact with greenery all the more indispensable.

Let there be no misunderstanding. The Bosco Verticale, along with architect Boeri and landscape designer Laura Gatti, deserve full credit for bringing the importance of urban green spaces into the limelight by generating a social media hype…and business. A local consortium of tree growers, the Mantova-based Distretto Vivaistico Plantaregina experienced a large portion of Bosco’s financial benefits. As such the Milan’s Bosco is a million dollar firm fuelled by the carbon footprint and climate change obsession. Business will be always business and growers are clever enough to make a profit from it.

Again, let there be no misunderstanding. We people definitely crave green spaces, parks, tree-lined streets, rural landscapes, greenbelts and everything in between. But please don’t put them on a sky-high pedestal, don’t treat trees and plants like something extra-terrestrial, displaying them as expensive jewelry in hideous concrete showcases, hidden far away between the clouds. For years, we’ve known that urban green spaces lower levels of stress and raise levels of well-being. But for that you need to be grounded. Always remember: the higher the pedestal the harder the fall.