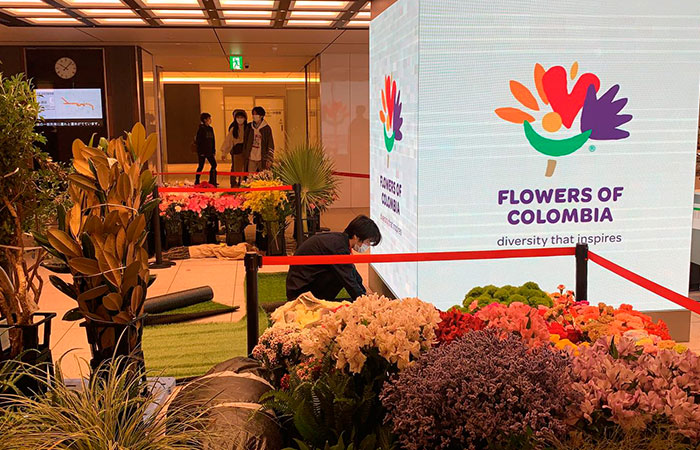 TOKYO, Japan: The gateway to Japan’s capital, Tokyo Station, has wowed its commuters with a Flowers of Colombia display, a ‘sensorium of beauty and wellbeing’ including a temporary garden of 2,890 Colombia grown flowers.

The capital’s landmark never looked better than between 19 and 20 November 2020 when the central hall of Japan’s busiest station hosted a 1,500m2 miniature garden in Colombian style.

The floral installation, sponsored by ProColombia, the Ministry of Agriculture and Rural Development, and the Colombian Embassy in Japan, took place alongside a series of videos and a photography exhibit featuring the Colombian farms that produce flowers for export to more than 100 other countries.

According to Augusto Solano, President of trade body Asocolflores, “We want the residents of Tokyo to get up close to the flowers and feel their positive effect, which has been demonstrated by prestigious American universities like Harvard. These studies conclude that adding flowers to indoors environments sharpens the senses, sparks creativity, and even increases people’s energy.”

Solano continues, “With this activity, we want to say to each and every Japanese person that, in this difficult moment marked by the pandemic, our country is there to deliver a message of unity, respect, and admiration.”