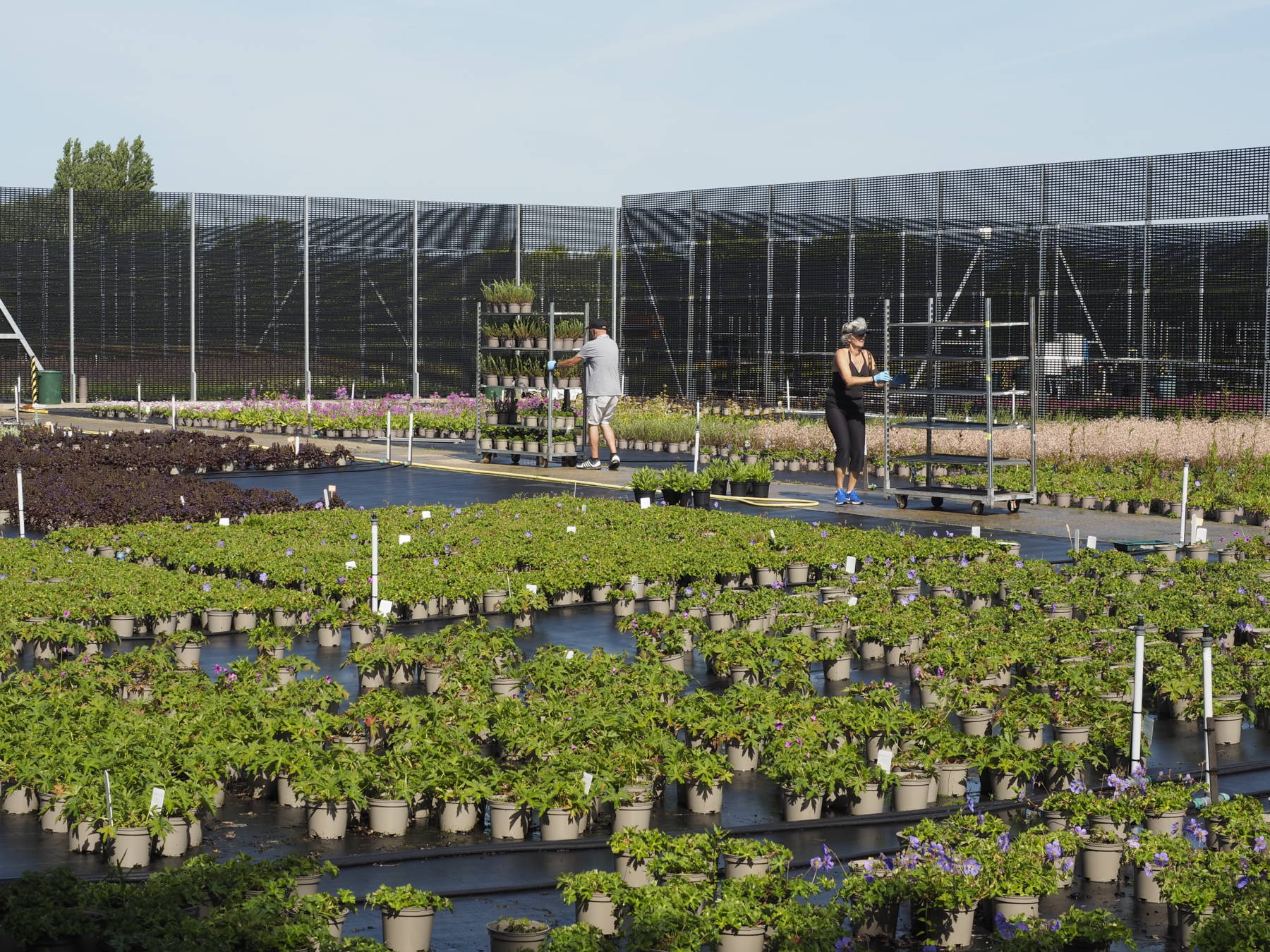 DIDCOT, UK: The Horticultural Trades Association (HTA) is calling for the UK Government to address the growing need to support UK horticulture and with it, support a green economic revival post-Covid-19. A new HTA industry survey reveals that over half of British ornamental growers (52 per cent) expect a further downturn in sales from June to August as they have not been able to plant crops during lockdown, and this is now resulting in increased imports.

Historically as little as 10 per cent of bedding plants were imported during the peak trading season – when 60 per cent of sales are typically made between March and May in the UK. Due to the pandemic lockdown, the latest HTA survey shows this figure has spiked significantly – 65 per cent of larger retailers surveyed stated they were importing more bedding plants, with almost half of these retailers stating increased imports of hardy nursery stock (HNS) and around 4 in 10 are importing more herbaceous perennials. Plants such as geraniums, osteospermum, petunia, hostas, ferns and clematis have all seen large rises in importation.

The British Garden Centres group, which has the second largest number of stores in the UK, traditionally sources its plants from growers within the UK and, throughout the year, sources less than 20 per cent from overseas. However, to meet demand in the last month, they have had to turn to Europe for nearly 60 per cent of their plants.

There has also been a rise in the number of retailers having to import plants from other countries which typically include the Netherlands, Germany, Italy, Belgium, Denmark, France and Ireland.

Almost three quarters of retailers in the survey (72 per cent) said that they were currently unable to get the stock of bedding plants their business needs from UK growers.

HTA underlines how ornamental horticulture in the UK plays an essential role in safeguarding plant health as well as strengthening the UK’s biosecurity programme. A strong horticultural sector has been identified as vital to delivering the Government’s 25-year Environmental Plan. A weakened industry will result in Britain becoming more reliant on imports, undermining the strong regulatory and industry voluntary approach taken to managing plant health and biosecurity in this country. It risks letting in devastating pests and diseases that the UK has been committed to keeping at bay, such as Xylella fastidiosa, emerald ash borer and Asian long-horn beetle, the trade association says.

No other industry has faced the seasonality and perishability of the plant growers’ sector during the lockdown period, which has resulted in the £1.3bn British nursery market disposing of hundreds of tonnes of plants over the last few months.

While the decision to re-open garden centres last month was welcome, many of these businesses have been left without financial support as they were unable to access government grant schemes. The HTA is calling for a UK grant aid scheme along the lines of the one put in place by the Dutch government. It is also believed that the current availability of European stock is due to factors such as early intervention by the Dutch government of €600m to support their industry, allowing confidence to continue growing, and the fact that garden centres in the Netherlands and Germany remained open during lockdown.

Over the last decade, the Government, the HTA and others in the industry have been working together to strengthen the UK’s biosecurity, which protects plants that grow in our gardens and in the countryside and is regarded as essential to the conservation of the country’s natural environment as well as our food security.

James Barnes, Chairman of the HTA, comments: “Horticulture is more than just gardening; it resonates throughout nature and the landscape we all have around us. It is essential in supporting half of the policies within the Government’s 25 Year Environment Plan and underwrites many of the nation’s wider ambitions for climate change.

“While imports are always a part of our industry, UK garden centres have a strong track record of sourcing British plants, but the pressures of COVID-19 has forced many to look abroad. Now, more than ever, we need to build domestic production, to provide resilience that comes with a strong UK based horticultural industry. We need the Westminster and devolved governments to support our industry, as the Dutch Government has done for theirs.

“The UK can’t afford to offshore its environmental responsibilities. We have the potential in the UK in a post COVID-19, post-Brexit world to become leaders in this field – to green our economy in science and research, in horticultural production and in environmental control systems – the ornamental horticulture industry is uniquely placed to lead this revival”.

Adam Frost, presenter and garden designer, comments: “I have been doing a great deal of soul searching lately and there has never been a more important or relevant time than now for people to connect with nature. We are asking the Government to recognise the significance of gardening in the natural world and the vital role that those working in the horticulture sector have on our wider environment around us.

“By supporting our UK growers, we are not only nurturing our health and wellbeing over this critical period but we will be safeguarding our plants and protecting the resources that are so essential to our environment for years to come. We also need to protect the valuable experience and knowledge of the people that form the backbone of this industry.”

The key findings of the HTA survey: