Home > > The Impatiens the industry was impatiently waiting for

The Impatiens the industry was impatiently waiting for 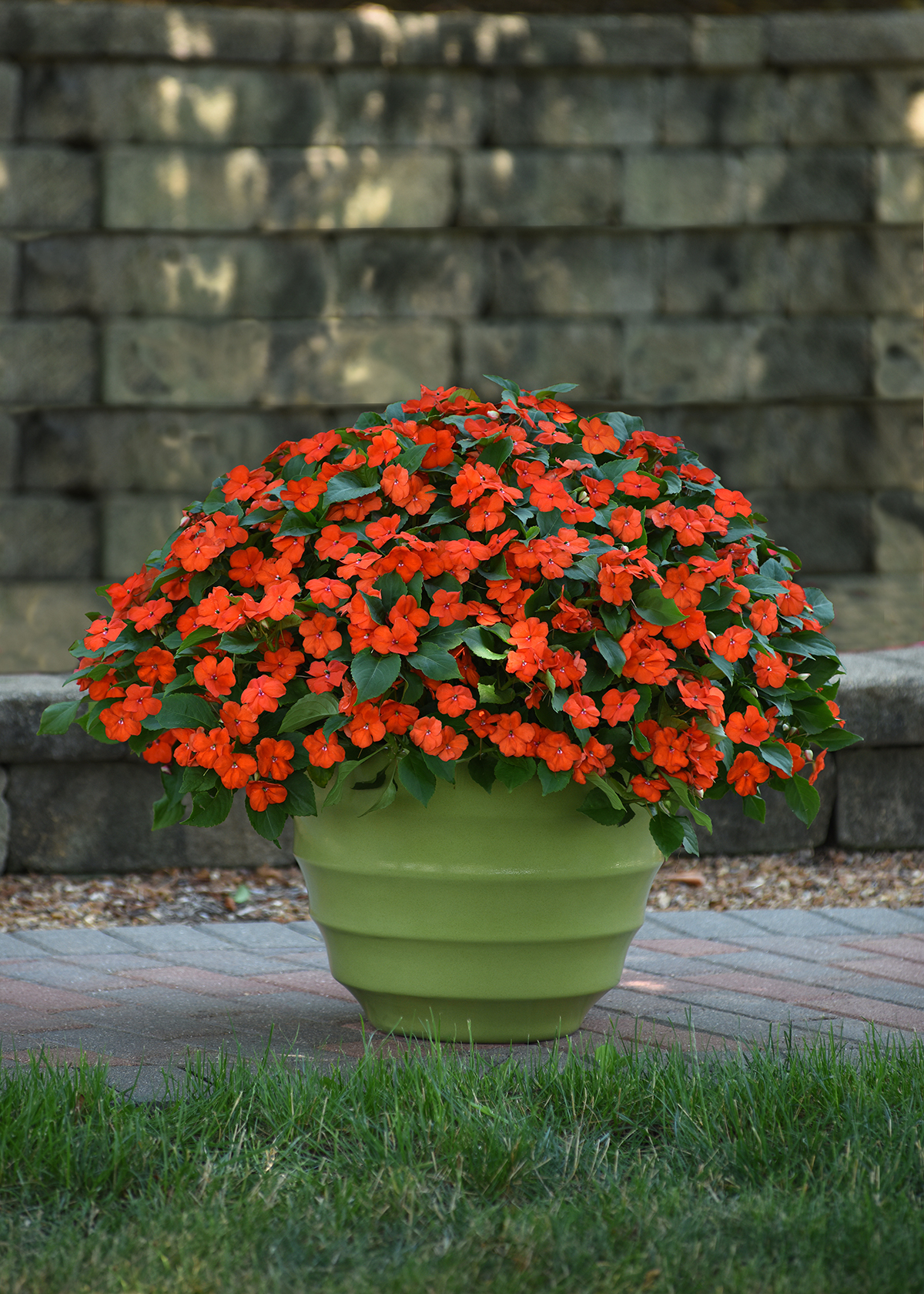 WEST CHICAGO, ILLINOIS: PanAmerican Seed is thrilled to re-launch Impatiens to the horticultural industry through its new series of I. walleriana with high resistance to Impatiens downy mildew.

Their new Impatiens Beacon™ offers season-long performance and brings back fast-filling colour to the shade … without the risk of disease ! In addition to this product launch, PanAmerican Seed has  announced a full-scale marketing plan for Beacon that targets greenhouse, retail and consumer audiences. The company will also “shine a light” on lesser known charitable causes by donating 3% of Beacon Impatiens’ global sales.

Since the widespread outbreak of Impatiens downy mildew, greenhouse producers have lost revenue due to plant losses during production and poor performance of Impatiens in landscape beds and planters. Many businesses hesitated to stock this shade-loving flower. Now, through devoted breeding efforts and collaboration across the globe, PanAmerican Seed offers Impatiens downy mildew resistant Beacon and with it the opportunity to bring back into production this popular, , -desirable, versatile and , easy-to-grow product for increased sales without the risk.

“Beacon Impatiens has been years in the making. Since the early days of the devastating disease, greenhouses have been waiting for the chance to bring Impatiens back,” says Anne Leventry, President of PanAmerican Seed. “In bringing r Beacon to the market with proven high resistance to Impatiens downy mildew, we are confident that our greenhouse customers, retailers and gardeners alike will also have the confidence to grow garden Impatiens once more.”

“With a plant structure, flowering time and flower size that is similar to existing Impatiens series, Beacon is easy to incorporate into production planning,” says Lisa Lacy, Global Product Manager for Beacon Impatiens. “There’s no special plant culture required for Beacon to be successful. So, for lasting colour in the shade, you can rely on Beacon to thrive.”

In the spirit of bringing light – and happiness – back to shaded gardens all over the world, PanAmerican Seed will donate portions of its Beacon Impatiens global sales to a less-widely known charitable organisation. For the 2020 launch season, PanAmerican Seed will donate 3% of Beacon sales to Osteogenesis Imperfecta (OI), a genetic bone disorder characterised by fragile bones that break easily, more commonly  known as brittle bone disease. It is estimated that approximately 25,000 to 50,000 people in the United States alone have OI. The donation will go toward helping The OI Foundation improve the quality of life for those living with osteogenesis imperfecta through research, education, awareness and mutual support.

“Shining a light on OI, a rare disorder, is one way that we, as a company, can put the devastating effects of Impatiens downy mildew behind us and put the next generation of Impatiens to work for others,” says Sean Valk, Global Director of Sales for PanAmerican Seed. “PanAmerican Seed will select a new charity in the 2021 season, and again in subsequent years to do as much good as possible.”

Beacon Impatiens will have its official debut at California Spring Trials in Santa Paula, California, as well as other industry shows in 2019. There are currently 6 core colours and 2 mixes in the series. A limited supply is available now, with full scale global availability in January 2020. Contact your preferred distributor for details; visit www.panamseed.com