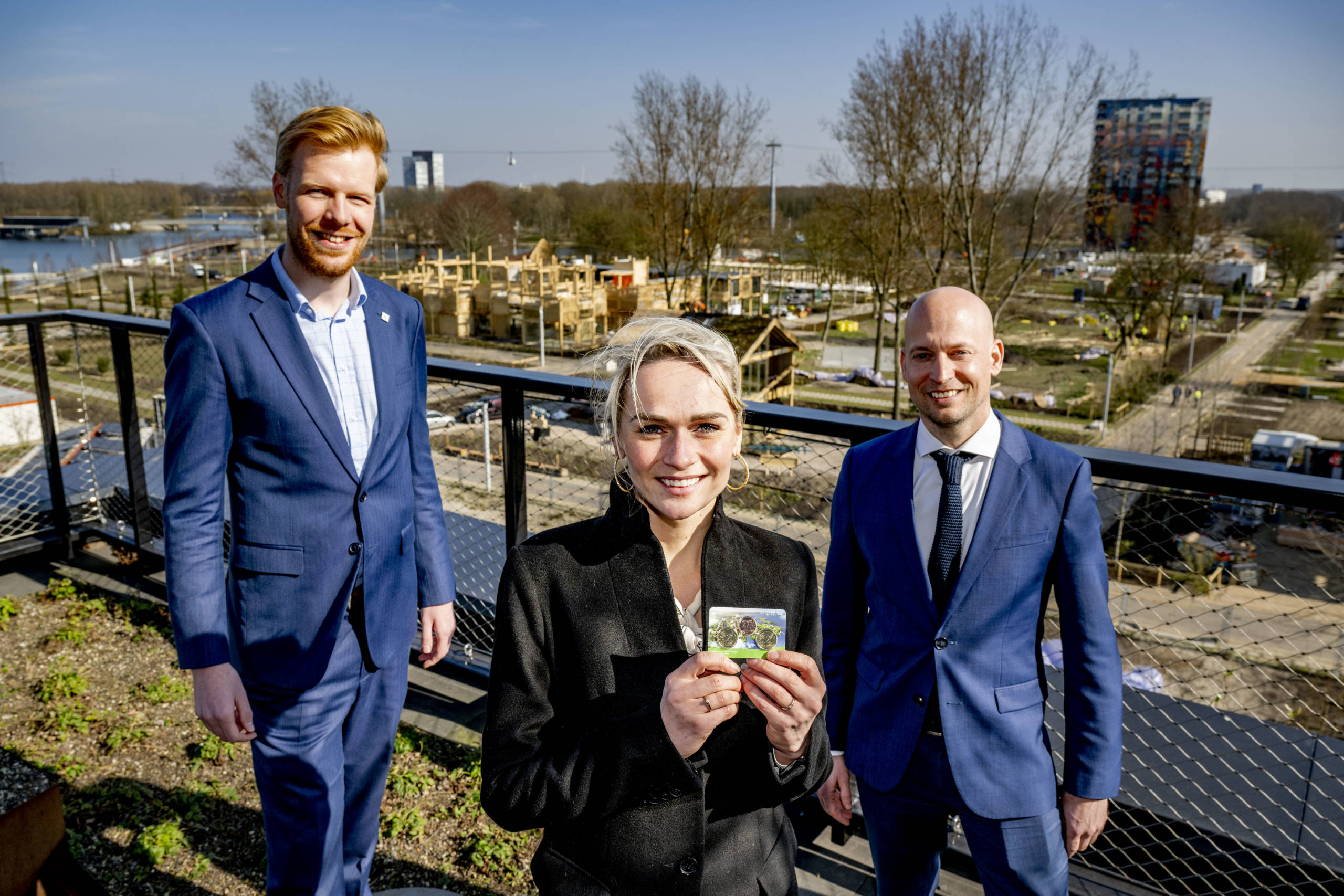 ALMERE, Netherlands: The Dutch Royal Mint has issued a set of coins to commemorate the Floriade Expo 2022. Olympic gold medalist speed skater and Green City Ambassador Irene Schouten said she was delighted to be part of the launch.

The Dutch Royal Mint officially launched a commemorative set to celebrate the up-coming Floriade Expo in the Netherlands In a collaboration with the Dutch Royal Mint the coin card will be on sale at www. www.knm.nl/floriade. Floriade will donate a share of the proceeds to a tree planting programme.

The purpose-designed Coin Card includes two 20 eurocent and one 2 euro coin, with the numbers symbolically respresenting the year 2022.

Olympic gold medalist speed skater Irene Schouten said that the launch event was happy that she was asked to attend the launch event. She said it was a fantastic moment to show her support for Floriade, horticulture and agriculture. 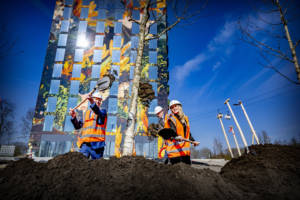 Born within a family of tulip bulb growers, Schouten is strong advocate for the Expo’s theme ‘Growing Green Cities’ and as such was happy to plant the first birch tree of what will grow into a large Floriade forest.

Floriade opens in the Netherlands on 14 April 2022; the AIPH-approved A1 World Horticultural Expo will demonstrate to citizens how thriving in a ‘living library of trees and plants’ is more fun, sustainable and healthier than surviving in a concrete jungle.

Floriade is the brand name for this A1 World Horticultural Expo, which has occurred in the Netherlands every ten years since the first AIPH-approved Expo in Rotterdam in 1960.

The 2022 Floriade site is in Almere, the Netherlands’ eighth-largest city inhabited by a young and fast-growing multicultural population. The International Horticultural Expo site spans 62ha. The event aims to raise the profile of ornamental horticulture and highlight the importance of trees and plants in making better lives and creating better cities for the future.

That’s why Floriade Expo 2022 aims to address the world’s biggest challenges, such as rapid urbanisation, a growing world population, depletion of natural resources and climate change. There’s a need for sustainability in all walks of life. This Expo’s theme – Growing Green Cities – is one way to demonstrate solutions to the world’s biggest problems and give a massive boost to the ornamental horticultural sector.

On 13 April 2022, the Dutch King, Willem-Alexander – who, contrary to his mother, decided not to bestow royal patronage on Floriade when he became King in 2013 – will cut the ribbon. From that date, the Expo anticipates it will welcome two million visitors by the time it closes on 9 October 2022.