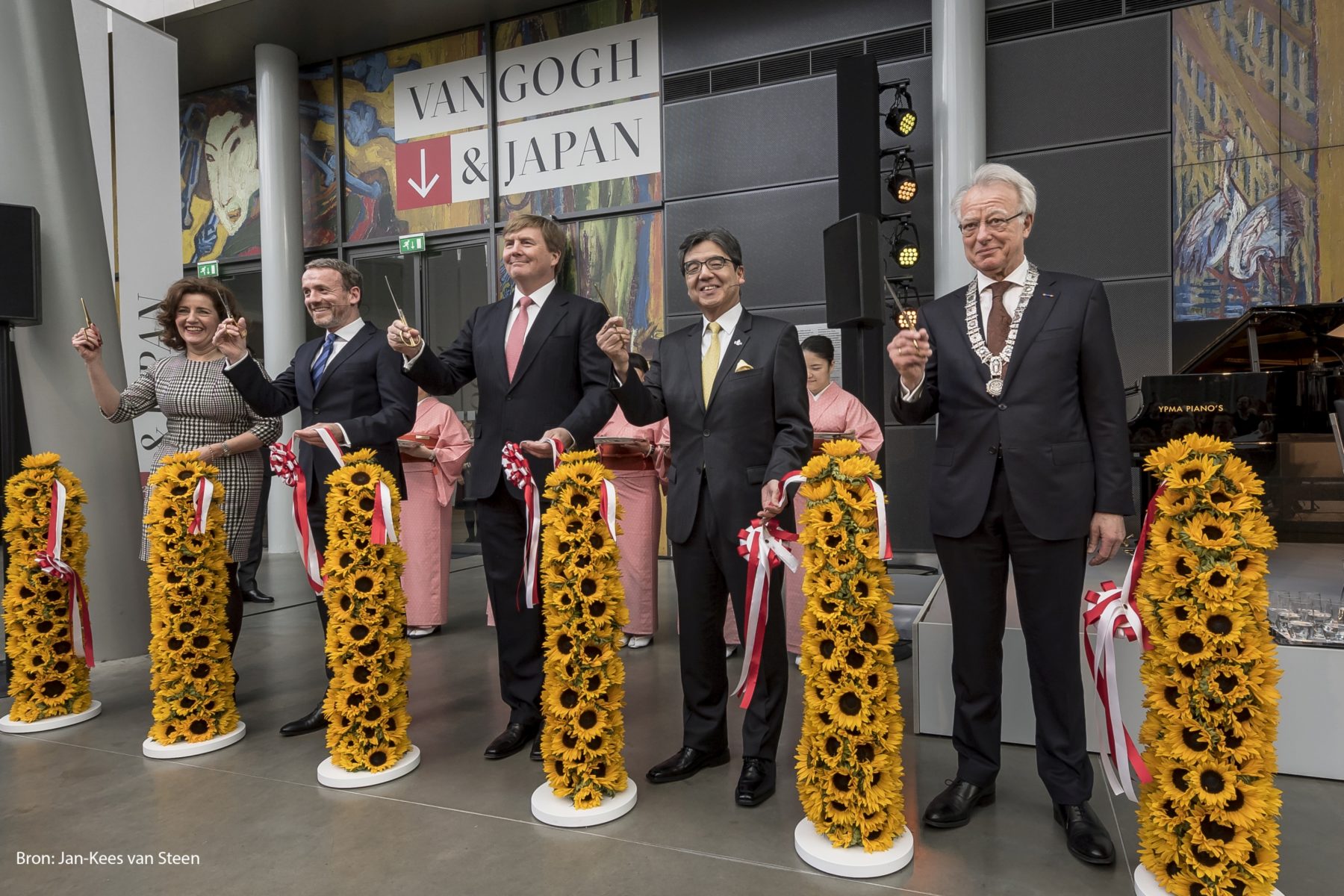 AMSTERDAM, The Netherlands: It was a typically Japanese opening last March 22nd in the Van Gogh museum in Amsterdam. One, however, with a royal touch and with sunflowers in the leading role. His Majesty, Willem-Alexander, King of the Netherlands, opened this exhibition.

The King, minister Ingrid van Engelshoven, museum director Axel Rüger, the Japanese ambassador Hiroshi Inomata and mayor Jozias van Aartsen, all cut a special ribbon at the same time for the official opening. Afterwards, as is customary in Japan, each was given his or her own piece of ribbon to take home. Then there was a guided tour past the Vincent van Gogh paintings that were inspired by Japanese art.

The international exhibition shows the influence of Japanese art on the work of Vincent van Gogh. The approximately sixty Van Gogh paintings and drawings and a rich selection of Japanese prints show how extensive his admiration was for this art and how radically his work changed because of it. The exhibition runs until 24th June 2018.

Takii Europe B.V. is the European base of Takii & Company, Ltd. in Japan. Takii Europe B.V. is an integrated seed company engaged in the breeding, production, processing, sales and marketing of a wide range of flower and vegetable varieties. Takii Seed is the brand name for all varieties of flower and vegetable seeds developed for the professional market.