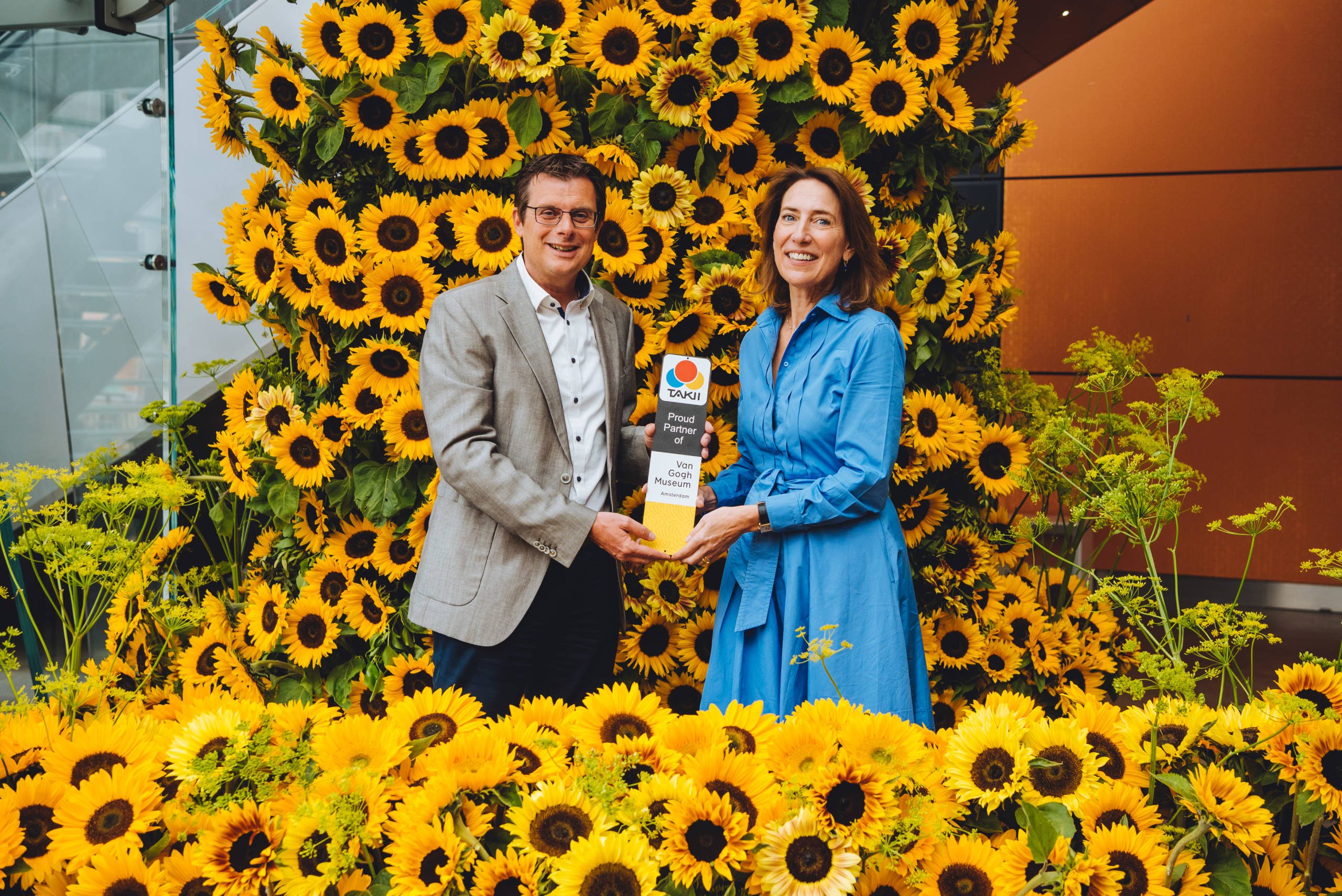 AMSTERDAM, Netherlands: Seed breeder Takii is continuing its marketing and business development campaign with the Amsterdam-based Van Gogh Museum for another three years until 2025. The partnership extension will start in June, symbolically at the beginning of the summer and the sunflower season.

Takii and the Van Gogh Museum look back on seven successful years as partners. Ton Kuipers, managing director Takii Europe: “The partnership has resulted in great campaigns and collaborations in which we have brought sunflowers to the attention in a unique way. We look forward to continuing our excellent collaboration with the Van Gogh Museum.”

Since the beginning of the partnership in 2015, Takii has organised various notable actions as a sponsor, such as the Sunflower Flash Amsterdam, which creatively expresses Van Gogh’s world-famous source of inspiration: the sunflower. In 2023, the Van Gogh Museum will celebrate its 50th anniversary, which will be celebrated grandly. Sunflowers, which for Van Gogh symbolised hope and friendship, will also play a prominent role in the museum’s anniversary year.

Emilie Gordenker, General Director of the Van Gogh Museum: “The sunflowers from Takii should not be missing in our jubilee year, of course! We are delighted that with Takii as a loyal partner, we can share the beauty of Van Gogh’s beloved sunflower with the public.”