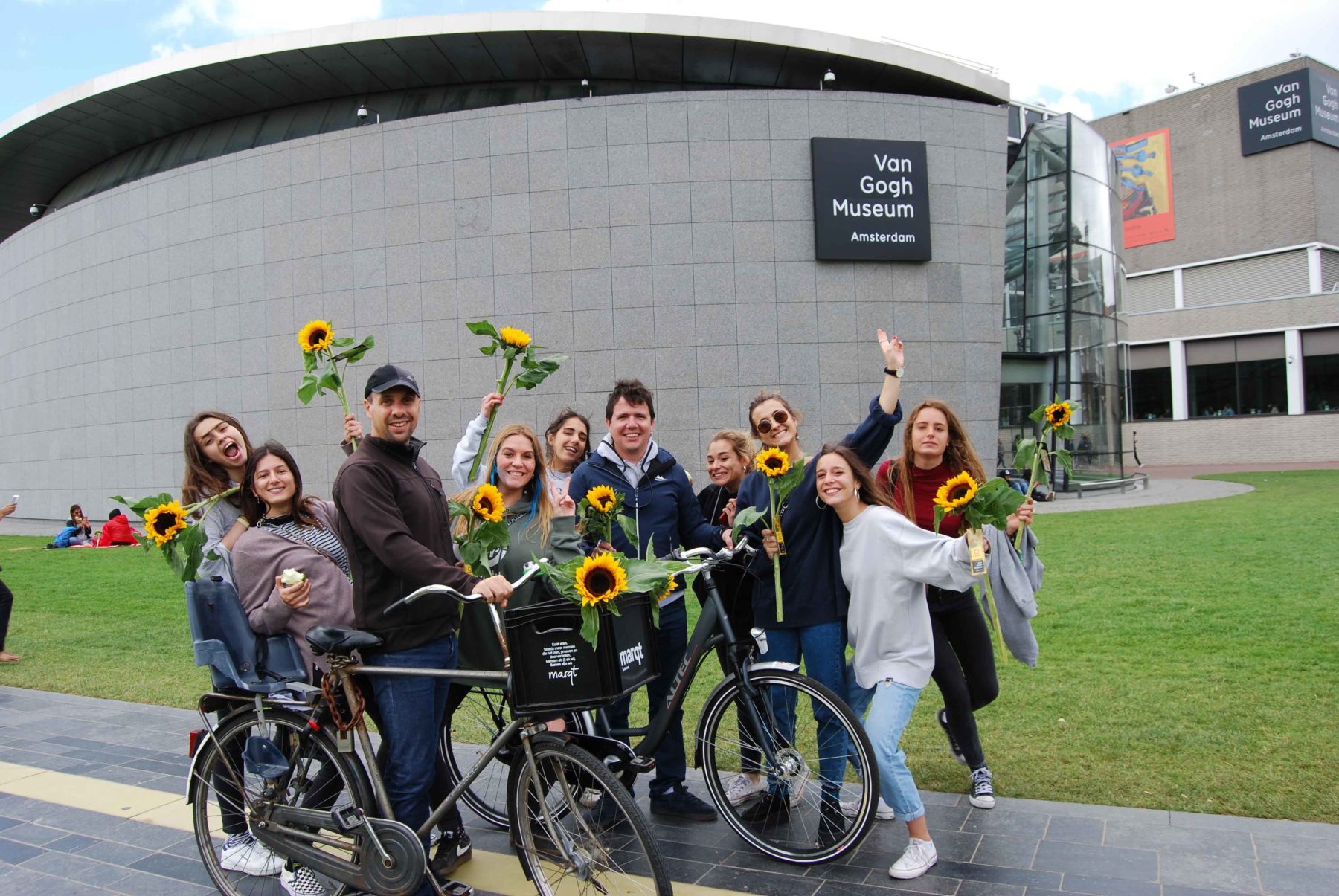 AMSTERDAM, The Netherlands: There is no better way to celebrate summer than with the queen of summer flowers. Last Thursday was the astronomical start of summer and Takii, in collaboration with the Van Gogh Museum, organised a promotional campaign for the ‘Sunrich – Van Gogh’s Favorite’ concept. It is not just a celebration of the summer, but also the announcement of the start of the Sunrich sunflower season. Bloggers and florists with a passion for Sunrich sunflowers enjoyed a creative and inspiring afternoon with this concept at the Van Gogh Museum.

At the same time, passers-by on the Museumplein were immersed in an abundance of masterpieces by Dutch growers. The distribution of hundreds of sunflowers, the smiling faces and the feel-good atmosphere of this festival are combined in a happy ‘aftermovie’. A celebratory toast to summer!

Sunrich friends, such as the lifestyle bloggers Sabrina Visual, Styleday, Draad en Spijker, Losse Bloemen, Furnlovers, Social Connectors, Tatjanas_world, Dailygreenspiration and Sjef_du_jardin, as well as top florists such as Sarah Dikker, Esther van Wijngaarden and Bloemenservice Nederland, were invited for an exclusive afternoon on Thursday 21 June where inspiration and creation went hand in hand. Everyone got to know Sunrich sunflowers in a creative way and heard the story behind the concept at the Van Gogh Museum.

In addition to this programme, hundreds of passers-by on the Museumplein were surprised with a Sunrich – Van Gogh’s Favorite sunflower. The museum contributed to the success of the campaign by using its social channels to communicate about this summer celebration. Lots of happy pictures have been posted by consumers using the hashtags #celebratesummer and #SunrichVanGogh. You can find these pictures and videos on the @sunrichvangoghsfavorite Instagram account.

Celebrate the summer with Sunrich – Van Gogh’s Favorite. The creative meeting with the Sunrich supporters and the distribution campaign are brought together in this summery clip. Watch the aftermovie here:

Takii has been the official sunflower partner of the Van Gogh Museum since 2015. Takii is well-known for Sunrich®, the world’s leading ornamental sunflower series, which fits well with the iconic sunflower art of Vincent van Gogh. In 2015, a special sunflower maze was created to mark the opening of the new entrance building of the Van Gogh Museum. After this, the collaboration with the museum continued with the launch of the Sunrich-Van Gogh’s Favorite label in 2016. Sunflowers with this label are the highest quality and each one is a ‘masterpiece’ from the very best Dutch growers. The total concept, which tells the extraordinary story of Vincent van Gogh via the Sunrich sunflower, will be rolled out further by Takii in collaboration with supply chain partners.  The concept is taking a major step forward in terms of sales and professionalism.