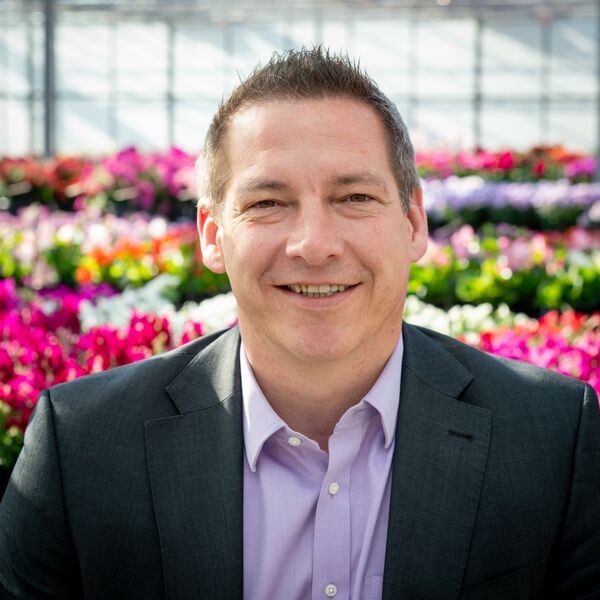 ENKHUIZEN, Netherlands: Syngenta Flowers Europe has announced changes within the organisation: Mark Schermer and Olivier Clisson have been named Head of Flowers Europe and Head of Sales Europe respectively.

Mark Schermer replaces Michael Kester as Head of Flowers Europe, who held this position on an ad interim basis since March 2018. “Michael has developed a clear strategy, a sharp focus on the grower’s needs and he has an eye for innovation”, said Mark. “There is now a positive vibe within the organisation. I want to continue the path that Michael has paved so far.”

He added, “We will focus on continuing to facilitate growth of Syngenta Flowers. We need to make sure that we are able to keep up with these developments. Moreover, we want to bring decision-making closer to the customer. There will be more room for the sales teams to respond directly to market demands.”

In addition to his new responsibilities, Mark remains responsible for his marketing duties as Head of Marketing Europe. For Michael Kester, the focus is now entirely on his role as Global Head of Flowers, in which he focuses on growth in the different regions worldwide. His time and energy is mainly focused on strengthening innovation within the organization, especially in the field of supply chain.

Another shift in the management of Syngenta Flowers Europe is the position of Olivier Clisson, who is now Head of Sales Europe. Like Mark, he opts for a faster decision making process by giving the sales teams more freedom to operate. Olivier: “What I definitely want to accelerate, is the focus on the different countries. Each country has its own history, challenges and opportunities, therefore we need to consider the countries individually.” And that also entails a change in the way of working for the sales team. “We are empowering the local teams more, which will bring a true customer centric approach.”

Both Mark and Olivier see a colorful future for Syngenta Flowers by continuing the path taken by Michael Kester. Olivier: “If I look ahead, the future has never been so colorful, we are now an agile company that is growing in many ways.” Mark agrees: “We have a good portfolio and we are strong in a number of products. We are facing a bright and blooming future.”

Syngenta Flowers is a leading global company in the pot- and bedding plants market. We produce seeds, cuttings and young plants that fulfil grower’s and retailer’s needs. 2,300 passionate people bring colour to the world.