The rise of a new cut flower giant 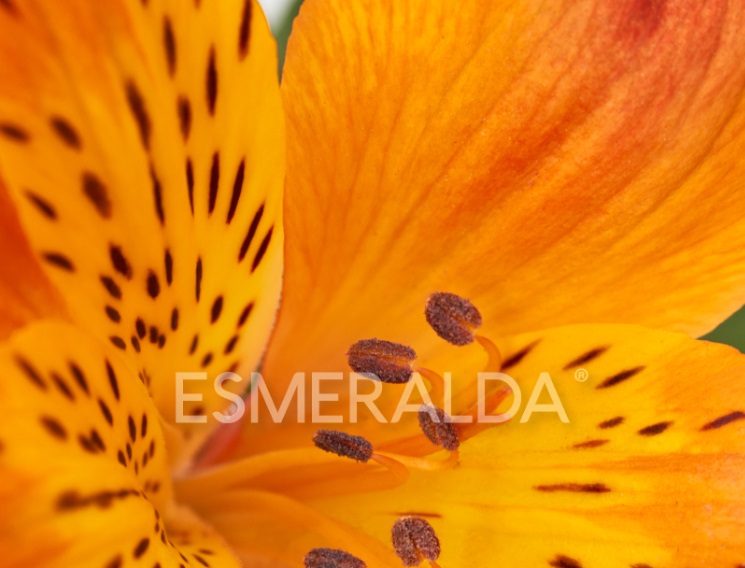 MIAMI, USA: By bringing ornamental plant breeding, production and sales to supermarkets and wholesalers under one roof, the new flower giant that will emerge  following Sunshine Bouquet Company’s decision to take over of Esmeralda Group is set to become a shining example of vertical supply chain integration.

In a letter to their customers, John Simko, President and CEO of Sunshine Bouquet Company and Clarisse Ullrich of the Esmeralda Group say that the acquisition “couples the best-in-class and strengths from both companies, including Sunshine Bouquet’s leadership position and expertise in the floral mass market segment and Esmeralda’s innovative products, branding and well-established network of wholesale distributors. This combination will create multiple synergies that will allow us to even better serve the needs of the entire spectrum of the fresh floral market in the United States and beyond.”

Ullrich is a family name which is closely linked to the global cut flower trade and production with the late Peter Ullrich founding Flores Esmeralda in Medellin Colombia in 1972.

Less is known about John Simko other than he is the managing director and owner of Sunshine Bouquet Company and that he comes from a floral family. His dad ran a modest wholesale florist in N.J. but became very interested in the bouquet business. The Simkos  started small but are now one of the larger bouquet makers these days. 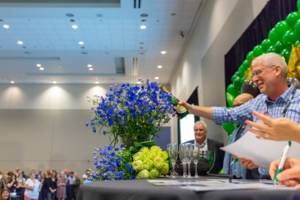 At the 2017 Interational Floriculture Expo a flower naming ceremony (picture)  honored John Simko and his lifelong contribution to the global floriculture industry.

For the occasion, Kevin Barry of Big Y Foods presented the honour to John Simko and Barry described him as “a passionate visionary, whose innovation in floral design and logistics have established his company as one of the leading organisations in this ever-changing retail environment.”

The flower, bred by Ball and Miyoshi, was a stunning dark blue delphinium aptly named ‘Sunshine’.