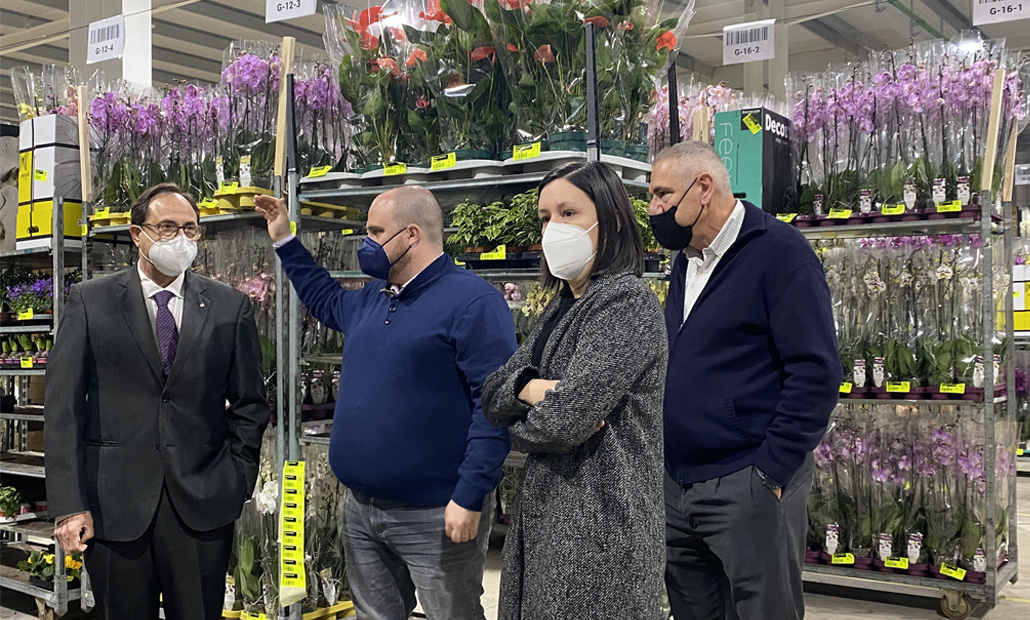 VALENCIA, Spain: Spanish floral wholesaler VerdNature has received €1.4 million to boost the production in a state-of-the-art greenhouse complex at their new headquarters in Algemesí. The 16,000m2 building project’s forthcoming completion is due in November 2021.

The company has moved its headquarters to Algemesí, which for the authorities in Valencia means an increase in employment opportunities in the Ribera Alta area. According to Vicent Soler, an economist and the region’s commissioner, the money will help the company improve its logistics and distribution capacity in Spain and southern France. A portion of the funds will go towards the construction of new greenhouses and cooling facilities.

The project will boost the local rural economy, and, more specifically, locally grown flowers and plants.

“Our purpose is to help make Verdnatura the choice of reference for ornamental plants and flowers in Spain, but also to increase its market share in Europe,” said Soler when he toured the company’s facilities recently.

Of the total investment, the Regional Ministry is subsidising 16.2 per cent until 2021 within the framework of the region’s Economic Transformation Programme 2027, supporting regional development, locally grown agricultural products, investment in businesses, job opportunities, improved prospects for young people through apprenticeships and higher education.

There is a hiring expectation of up to 32 personnel. Flowers and plants, mostly grown locally, will be accepted in the processing area and readied for distribution to customers throughout the country.

The company’s investments are a response to the growing demand for plants experienced by the company in recent years, which has required the relocation and expansion of its headquarters to the town of Algemesí.

In addition to job creation and a boost to the local rural economy, the move also fits into  Verdnatura’s sustainability initiatives by reducing the global carbon footprint while cutting transportation costs for the company.