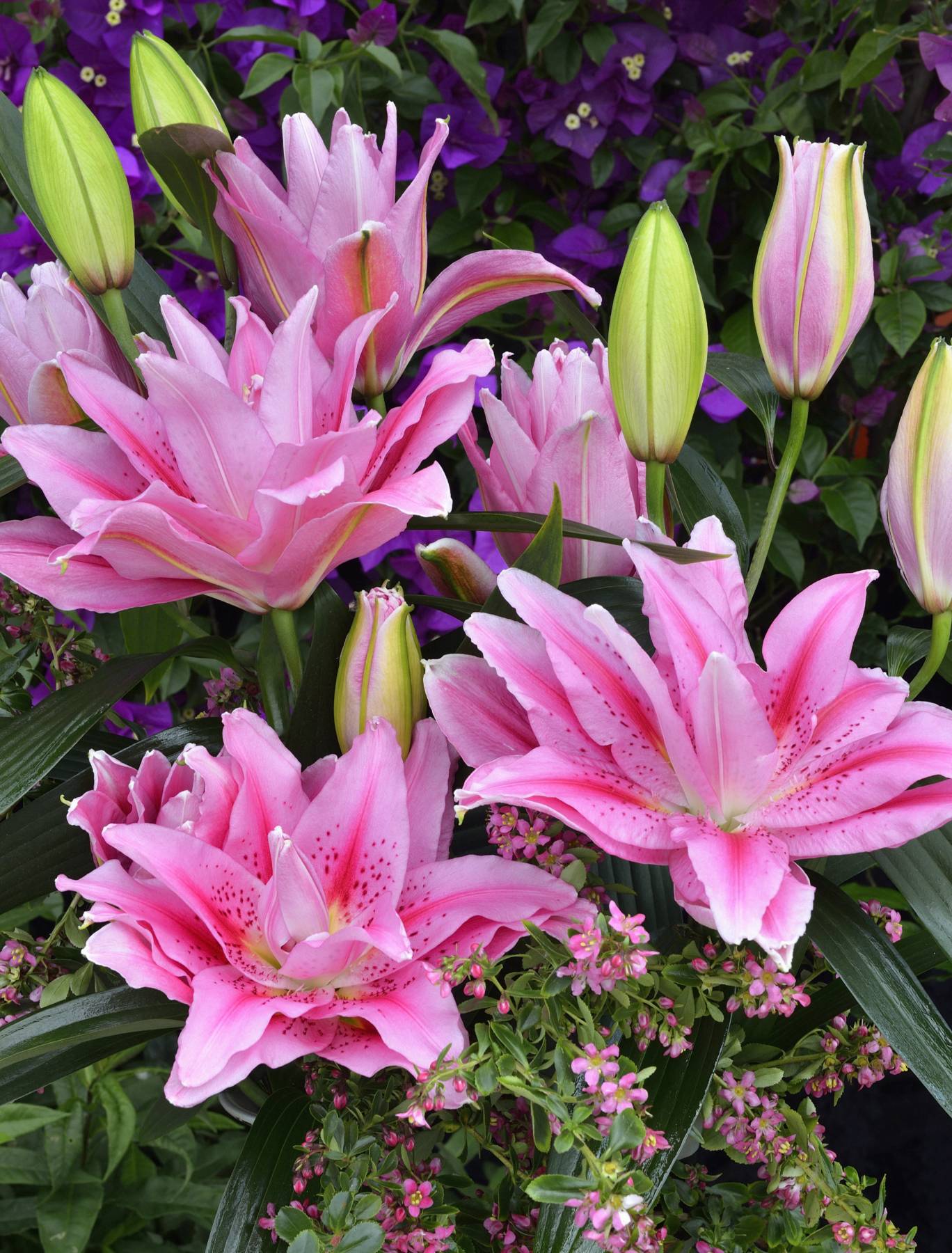 THE HAGUE, Netherlands: Agroberichten, the newletter of the network of Dutch agricultural counsellors around the world, brings the news that the Netherlands and  Korea have agreed on a new pre-clearance inspection protocol for lily bulbs after two years of negotiations.

Strict regulation requires laboratory tests for lily bulbs during import inspection in Korea. With the new bilateral protocol, the imported bulbs will be exempted from these tests, easing the trade between the two countries. In the coming months both countries will continue to negotiate on expanding the protocol to other flower bulb crops.

The size of Korea’s flower bulb business is modest but has been regarded as a stable and growing market among Dutch flower bulb exporters.

In 2019, the volume of Dutch exports stood at 2,054 tonnes, worth €6.8 million. Tulip bulbs, followed by lily bulbs, Narcissus bulbs, Hyacinth bulbs and Gladiolus corms are the most significant exports in both volume and value terms. The Netherlands accounted for 95 per cent of Korea’s total imports of flower bulbs in value terms. The import volume has steadily grown since 2016.

To ensure smooth cross-border flower bulb trade, the Netherlands and Korea relied on a more or less outdated bilateral agreement for pre-clearance inspection for flower bulbs.

In turn, Korean inspectors travelled to the Netherlands each year in spring and summer to check the Dutch inspection system.

The old protocol did not include Hyacinth and Narcissus. These bulbs had to be tested upon arrival in Korea through PEQ. PEQ-based inspection tests pests after planting bulbs and growing one cycle of life. Viruses are not easily detected when in the bulb stage. If a pest is found through PEQ, all the flowers raised for PEQ and bulbs in the same shipment need to be destroyed.

In 2016 and 2017, a lot of shipments of Dutch Narcissus bulbs were blocked upon arrival in Korea due to findings of the Narcissus Yellow Stripe Virus, a provisional quarantine pest in Korea.

Korean Narcissus farmers heavily complained about the massive destruction of flowers and   bulbs. PEQ has long been an delicate issue raised many times in discussions with APQA officials (the phytosanitary authority of South Korea) and Korean flower forcers.

More recently, APQA trusts skills have developed enough to detect viruses without PEQ, and in order to avoid criticism by farmers, APQA has now decided to abolish PEQ for flower bulbs. This however meant that the old pre-clearance inspection protocol between the Netherlands and Korea, which was dependent on PEQ scheme, was no longer valid.

In 2017, both countries started negotiations on a new pre-clearance inspection protocol. The negotiations prolonged as Korea was keen on lab tests during export inspection in the Netherlands. The Dutch inspection system is based on a visual field inspection.

The Netherlands was unable to accept the proposed lab tests by Korea as they not only are  too expensive but is also a singularity.

An APQA delegation embarked on a visit to the Netherlands to narrow the gap but failed to reach an agreement. Since the expiration of the old pre-clearance inspection protocol, flower bulbs have been imported into Korea in compliance with Korea’s conventional phytosanitary regulations. Some shipments were blocked due to findings of Korea’s own quarantine pests.

In 2019 and 2020, sizeable amounts of lily bulbs found themselves blocked at the port of entrance due to the detection of the Rhodococcus fascians and Arabis Mosaic Virus.

Many local famers, associations and even politicians  addressed Korea’s strict regulations. APQA actively studied cases in countries such as the USA, Canada and Japan. All the countries had pre-clearance agreements with the Netherlands on a visual field inspection basis. Eventually, Korea and the Netherlands started negotiations for lily bulbs first, as an all in one agreement for the entire range of flower bulb crops was unrealistic.

Following long discussions, Korea finally accepted the Dutch inspection system on a visual inspection basis. This means that all laboratory tests for Korea’s quarantine pests will be exempted. In turn, the Netherlands agreed to add Rhodococcs fascians as a zero-tolerance pest to the Dutch system. Risks from any unknown (provisional) quarantine pests were also eliminated by stipulating bilateral discussion in advance in the protocol.

Both countries agreed on this new protocol at the end of September, and despite Covid-19, two APQA inspectors visited the Netherlands to survey the Dutch inspection system between 5 and 9 October. Lily bulbs will be exempted from lab tests in Korea from 2020 harvests. 2019 harvests and lily bulbs harvested in France are not subject to this protocol.