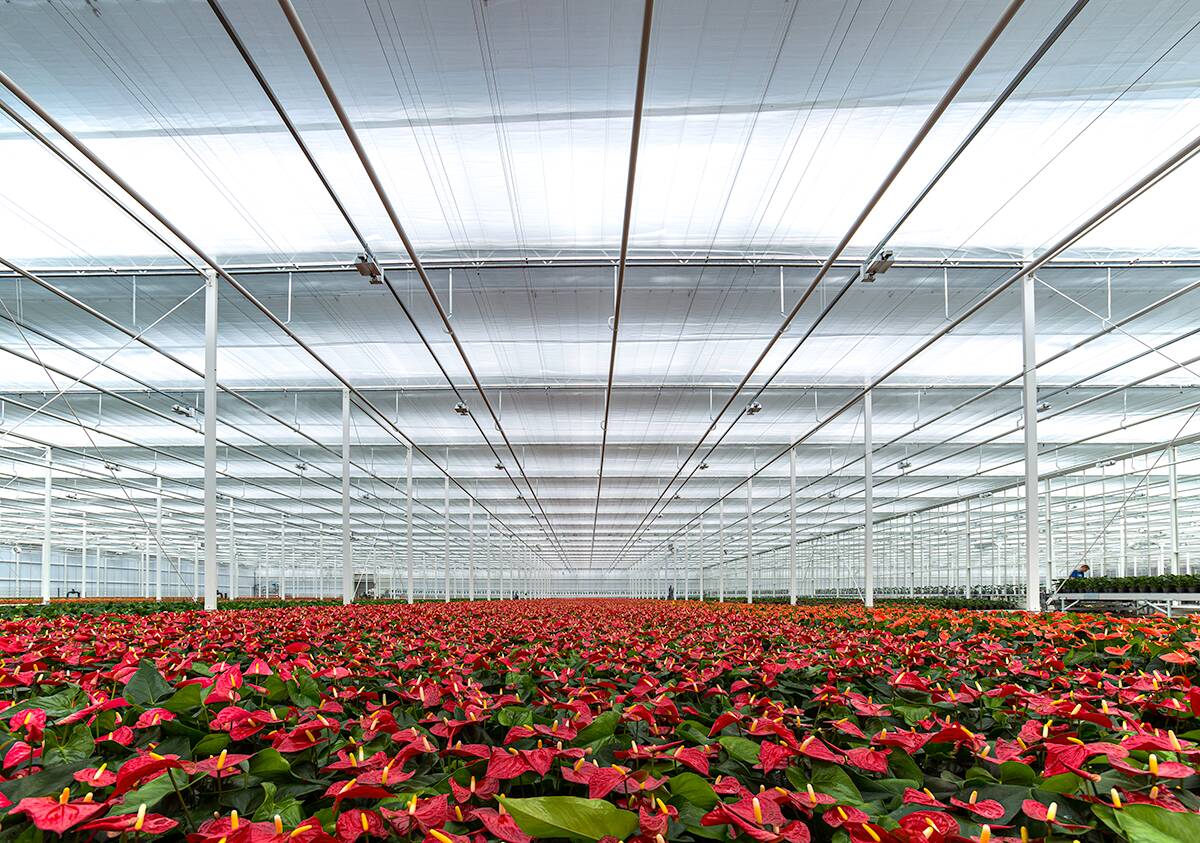 There seems little hope of an early reverse in the eye-watering energy price hikes that started at the end of Covid-19 lockdowns and accelerated through the political responses to Russia’s invasion of Ukraine – leaving growers facing inflated and volatile energy costs for the foreseeable future.

It has, however, brought energy-saving greenhouse environment control back into sharp focus, including the potential offered by the latest screen materials and climate systems which enable screens to be kept closed for longer. 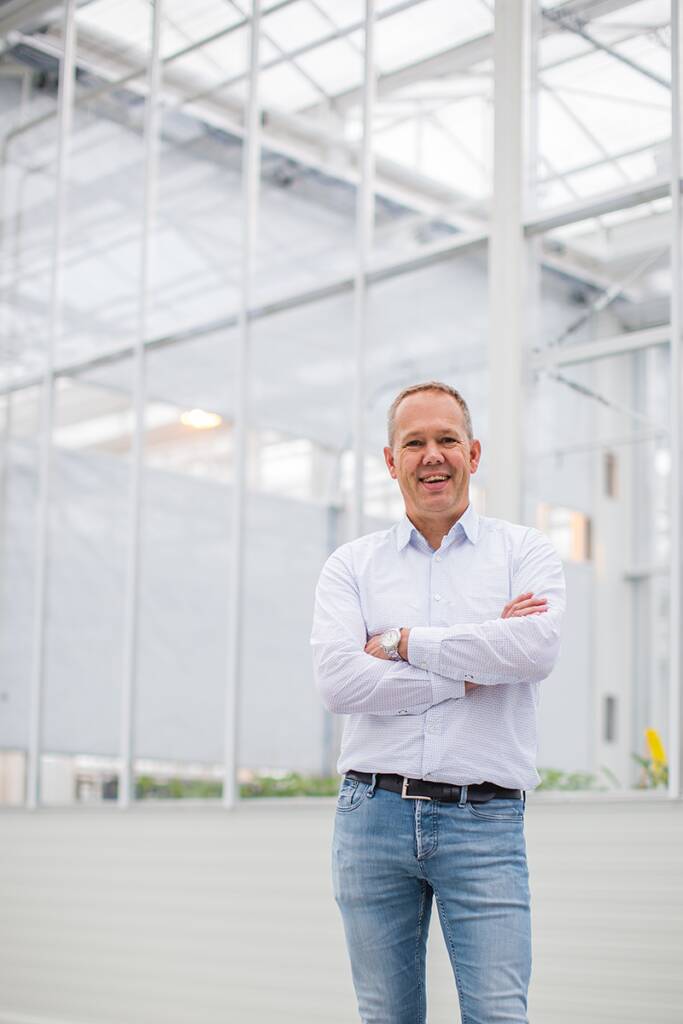 “At the start of this crisis, we were hesitant to approach growers as we knew how painful the situation was,” says Bart Bakker, greenhouse climate consultant for Dutch screens supplier Svensson. “But growers have been coming to us wanting to talk about technology that will help them cut costs.”
For example, interest in adding a second screen to the single-screen installations most already have has soared. When closed, the space between the two climate screens acts the same way as double glazing. “If a single screen offers you a 47 per cent energy saving, a double screen can give you 63 per cent, and that’s significant,” he says.

“Modern highly transparent screens can be kept closed for longer while current energy prices mean a quick return on investment. We have a calculator based on heating temperatures, screen hours, the type of installation and so on, to work out the benefits of single or double screens to a nursery.”
The choice of material for the additional screen depends on the crop. For many cut flower, bedding or pot plant crops, the first screen is usually installed for shade, so the second would likely be to save energy.

Keeping the screens closed for longer may reduce energy costs but can need a change of approach to other aspects of climate control, notably humidity. “That’s one reason we started looking into the use of fans in conjunction with screens,” says Bakker. “The result is our ClimaFlow system developed in conjunction with the fan company Hinova, which is now part of Svensson.” He says that it combines Hinova’s Ventilation Jet System and Svensson’s advisory service, Climate House.

Ducts suck air downwards from the top of the greenhouse, while vertical fans below the screens distribute this cooler, drier air around the crop. Svensson’s design model works out the best duct and fan positions depending on the greenhouse structure and crops grown.

“We’re using the principles of ‘plant empowerment’ previously known as next-generation growing,” says Bakker. “The aim is to keep the screens closed as long as possible, vent above them, and use downward air movement through the closed screens to manage humidity. You achieve the optimum climate evenly across the crop and, as warm air rising from the crop is recirculated, you can run lower pipe temperatures too.” 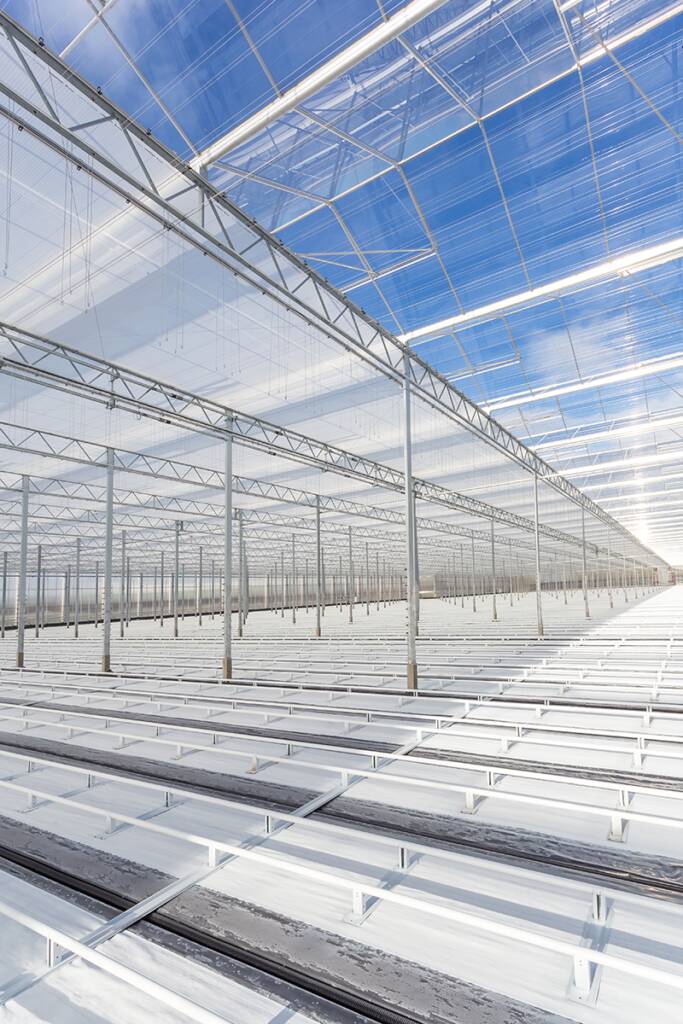 When closed, the space between the two climate screens acts the same way as double glazing.

The interaction between crop temperature and light levels can result in wasted energy if plants receive enough heat but too little light for optimum growth. “I suspect many growers in floriculture err towards giving too much shade,” says Bakker. “That’s understandable but may mean missing an opportunity to improve quality or throughput speed.”

Svensson’s PARperfect screen solution, introduced four years ago, is designed to optimise crop light levels. It uses highly light-diffusing materials in a double-screen set-up that can control light levels precisely and evenly across the crop.

“Diffuse light penetrates the crop canopy better; hardly any shadow is cast, and the whole crop receives the same amount of light,” says Bakker. The lower screen is typically a highly diffusing material such as Svensson’s Harmony 2047 FR, which gives about 20 per cent shading but a high degree of ‘light scatter’. The upper screen is usually a heavier shade or even completely opaque. The screens open and close independently but always with some ‘overlap’, so the crop never receives any direct light, although there is good airflow past the screens.

The screen positions are controlled by light sensors for outside solar radiation and at crop level via the greenhouse environmental computer to meet a setpoint. For example, on a bright spring morning, the lower screen might be at 30 per cent closed and the upper at 70 per cent to achieve, say, a 250 micromol per sqm per the second setpoint. If it becomes cloudier, the upper screen pulls back while the lower draws over, so the setpoint is maintained.

The control programme can also predict if the crop is likely to reach saturation point – when it has received as much light as it can use – during the day. If so, it will automatically lower the set point so the screens adjust to provide more shade.

However, there is a lack of detailed information on the optimum light levels for most floriculture crops, points out Bakker. “The main exception is Phalaenopsis, where growers know precisely how many micromoles to use at each stage in the growth cycle,” he says. “For most other floriculture crops, the information is less sophisticated, and growers base shade screen decisions on experience.

“But this is now improving thanks to research, for example, at Wageningen University Research as part of its ‘Manage your Light’ programme. And I’d really welcome discussions with growers about using sensors in crops to see how their plants respond physiologically at different light levels. Without taking risks, I think we could look at adding a few percentage points of extra light each year to explore where the optimum is for a crop.”

Bakker says flexibility is the key benefit of using screens, rather than greenhouse claddings, to diffuse and control incoming light. “You can get more light to the crop when you need it, but the degree of shade is so flexible and controllable: young plants can be given more shade, and you can reduce it as they progress through the growing cycle.”

It’s sometimes not easy to benefit financially from better-quality floriculture crops. Still, Bakker points to one early adopter of PARperfect who grows Campanulas, a relatively fast crop notoriously susceptible to price fluctuations depending on the weather: prices fall in hot weather when production accelerates and rises in cooler conditions when plants take longer to finish. “Optimising light levels means he no longer experiences peaks and dips in growth rates,” he says. “And that has improved overall profitability.”

Svensson’s PARperfect system was specified when The Plant Company of Virginia, USA, built its first 2-ha greenhouse in 2020, specialising in premium tropical houseplants for the retail market.
The finished plants are grown in 12 and 17-cm pots for three to four months, mainly from tissue culture.
“The even distribution of light at crop level was the most attractive feature,” says co-founder Frank Paul. “Tropical foliage plants generally don’t like direct sunlight.”
The set-up combines a light-diffusing Harmony 2047 screen below a shadier Harmony 5747 FR. The nursery’s light accumulation targets range from 4.5 to 12 mol per sqm per day, depending on the crop. The greenhouse is divided into six separate compartments, each with its own screen control.
So far, says Paul, results are in line with expectations. “The only thing I would do differently next time is replacing the upper shade screen with a light abatement one,” he says. “From mid-spring till mid-fall, we have more than enough outside light, and the current upper screen is letting too much light through, meaning we also apply one or two layers of whitewash to the roof to reach our desired light levels.
“When we were planning the installation, I was hesitant in choosing a light abatement material because I was afraid the light at crop level was going to be uneven. But I’ve since seen a few projects with the Harmony 2047 FR light abatement screen combination, and it seems to work well.”

This article was first featured in FloraCulture International in November 2022.