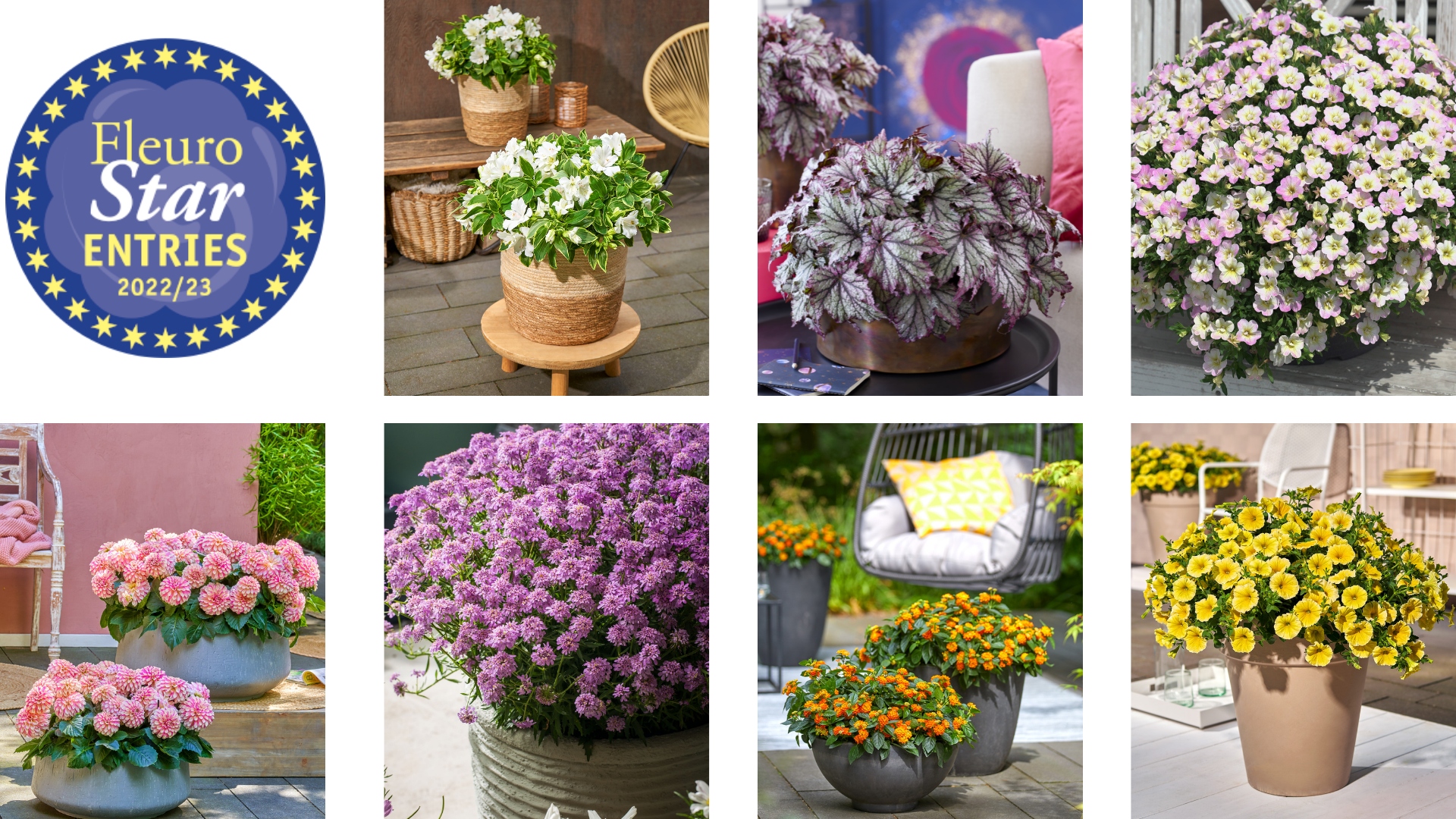 VOORHOUT, Netherlands: Fleuroselect is proud to present the seven entries in this year’s FleuroStar contest. Each of these new introductions vies to be the next ‘Winner with the Wow Factor’, the variety with the highest visual impact at point of sale. Last year, the honour of winning the FleuroStar award went to I’CONIA Aroma Peach from Dümmen Orange.

This year, seven companies – Beekenkamp, Brandkamp, Dümmen Orange, Florensis, Royal Van Zanten, Selecta one and Syngenta Flowers – have submitted their most impressive novelty to take part in Fleuroselect’s FleuroStar Contest. The chairman of the FleurStar jury will present the coveted prize at an award ceremony on 16 June.

Alstroemeria Claressa is the latest addition to Royal Van Zanten’s Colorita® series. This ball-shaped innovation has delicate white flowers that measure 6 cm in diameter, variegated foliage, and a lancet leaf shape. Colorita® Claressa is propagated via tissue culture, requires minimal energy input during cultivation and has a compact plant habit.

Retail will welcome this new leaf colour to complement the series. Colorita Claressa is a hassle-free, bee-attracting plant for balcony, patio, or in the garden.

This annual variety from cuttings displays many large, distinct flowers up to 10 cm diameter with bicoloured petals that are pink on the outside and white towards the center. The plant is well-branched, uniform, and integrates easily in existing Dahlia production schemes.

Iberis Mermaid Lavender is the first flowering Iberis which is suited for summer production and features an intense lilac colour. As Mermaid Lavender does not require vernalization, growers will be able to generate flower induction later in the season. The plant can be used in a solitary plant display or in mixed containers.

Tropic Lantana Ibis is a ball-shaped innovation presenting a mix of orange and yellow flower clusters measuring 5 cm in diameter with striking green leaves. Ibis is strong, uniform, sterile and performs well in both dry and rainy conditions.

This newcomer presents an abundance of intensive yellow flowers, offering a high-impact show all season long. Bee’s Knees is heat tolerant, thrives in rainy conditions and maintains its beautiful colour throughout the summer. Growers will appreciate the outstanding branching which ensures nicely filled plants.

The FleuroStar Contest is held annually during the FlowerTrials® in week 24 in the Netherlands and Germany. The competing varieties are grown by the entering companies and in 2022 will be displayed at eight contest locations. An independent panel of expert judges from a cross-section of breeding, production and retail as well as trade journalists and marketing specialists, chooses the ‘Winner with the Wow factor’.

Fleuroselect is the international organisation for the ornamental plants industry. For more than 50 years, industry professionals have joined together to test and evaluate new pot and bedding plants, promote award winners, protect member varieties, network with each other and contribute to the development and advancement of the industry as a whole.