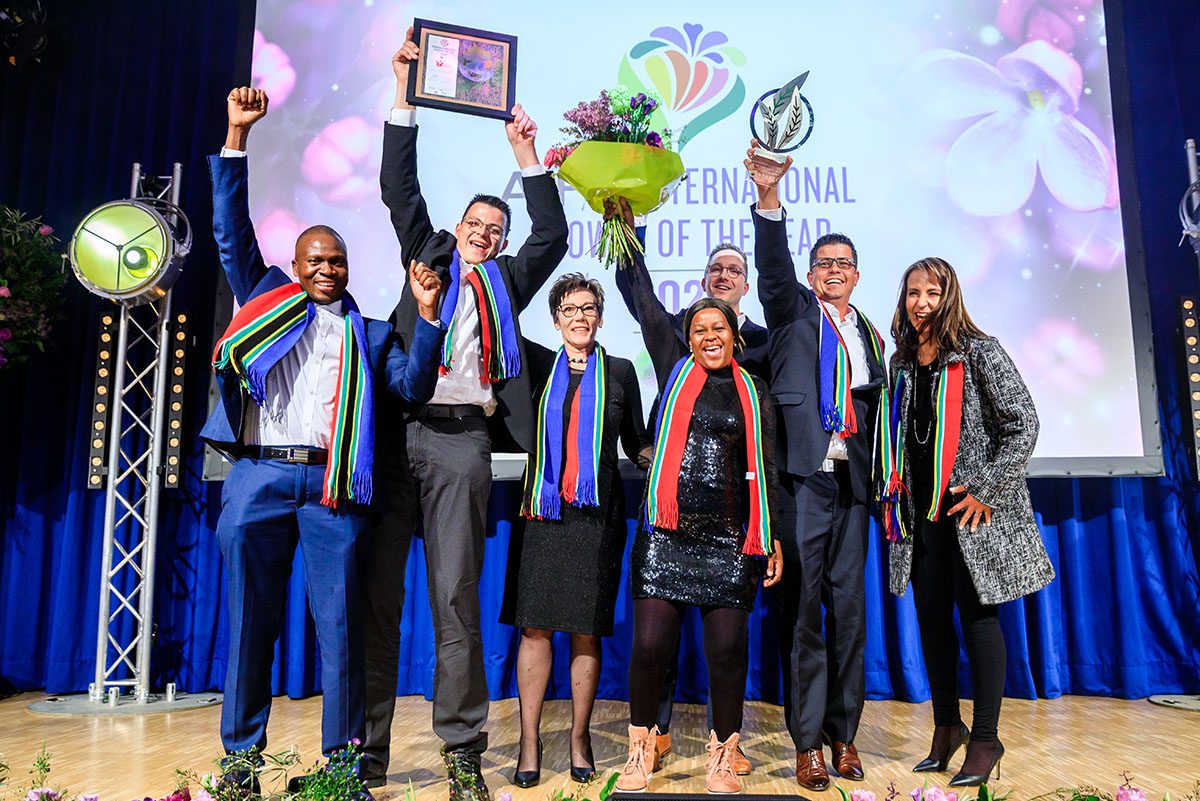 Come and join a celebration of the best of the best in ornamental horticulture at the AIPH International Grower of the Year (IGOTY) Awards 2022, held at GreenTech Amsterdam from 6pm on 14th June.  Book your tickets now for an evening of celebration, food, drink and the opportunity to network with industry leaders.

Nine ornamentals growers from around the globe have reached the final. There will be winners in each category, but only one will be will be crowned the ‘AIPH International Grower of the Year 2022’ and receive the ‘Gold Rose’ – the industry’s most coveted prize.

Brookdale Treeland Nurseries Limited, Canada: one of the largest and most respected growers of garden plants in Canada, BTN specialises in trees, flowering shrubs, evergreens, perennials and tropicals. They operate from five locations with over 500 acres in production and service over 2,400 retail stores throughout Canada and the US.

Bunnik Group Bv., Netherlands: established in 1945, Bunnik Plants is a 25+ hectare company producing 40-50 types of green houseplants. Each week one million houseplants leave the company, ready for the windowsill.

Luxaflor Roses, Zimbabwe: Luxaflor is a producer and exporter of premium cut roses. An important and consistent earner of foreign currency since 1994, it boasts world-class facilities on its farm in Concession.

Metrolina Greenhouses, USA: established in 1972 by Tom and Vickie VanWingerden, Metrolina is a family-owned business that grows and delivers live plants to over 1,400 retail outlets throughout fourteen states on the east coast of the United States.

Prim’rose (SCA Clementine), Morocco: A branch of the Delassus Group, Prim’rose has been producing and exporting flowers since 1984 and is today one of the leaders in mini carnations, delivering nearly 60 million stems into the English market.

Sitio Kolibri, Brazil: since 1994, Sitio Kolibri has produced Phalaenopsis Orchids. They specialise in producing in the most sustainable way, focusing on good labour relations and delivering healthy plants to their customers.

Book your tickets now to ensure your place at the IGOTY Awards Ceremony. Tickets cost only €50 (incl. VAT) per person. Groups of five tickets are available for the discounted price of €200 and groups of ten for €350. Tickets can be purchased here: aiph.org/event/igoty-2022