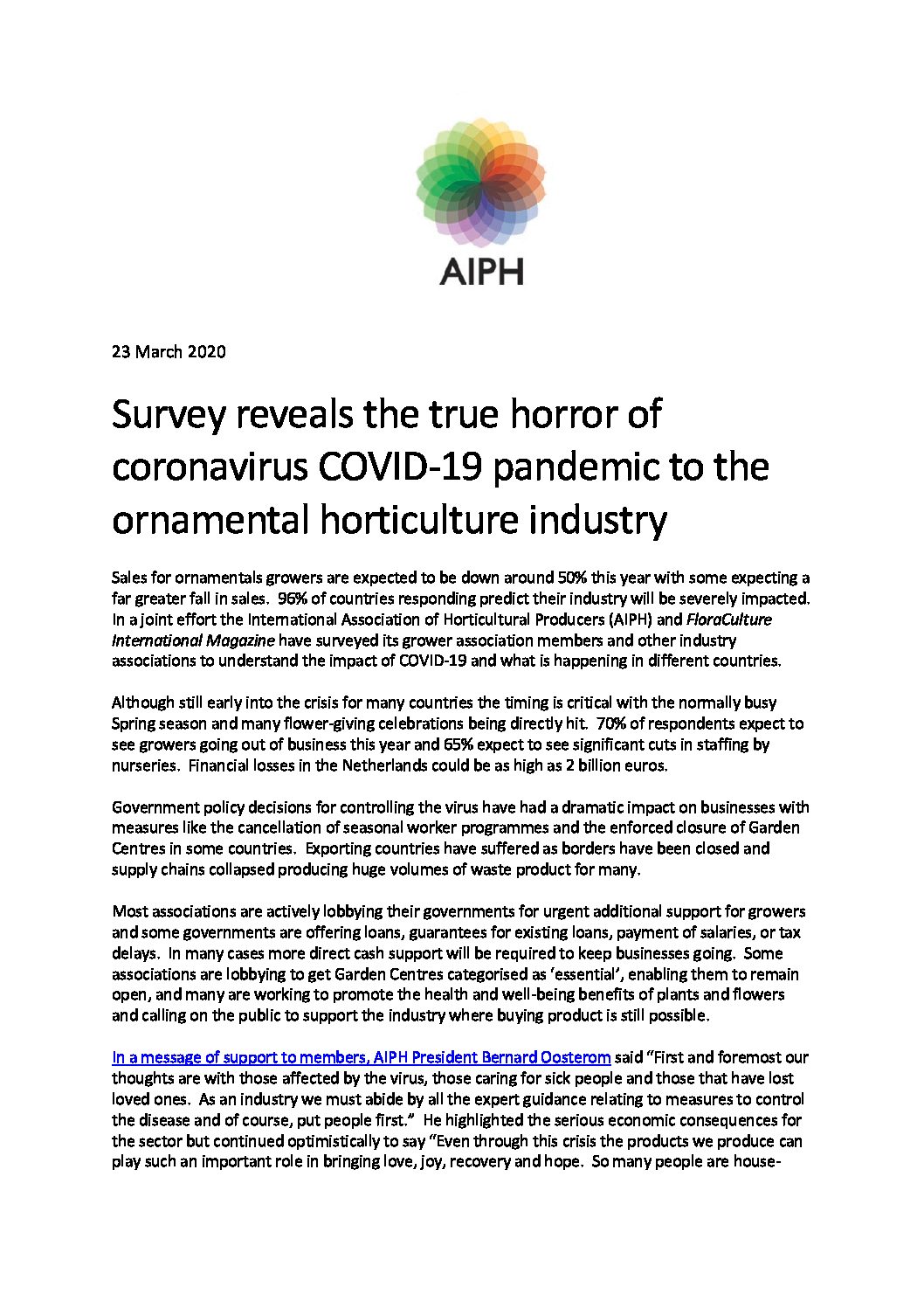 The ceremony was hosted by Pepijn Schoneveld, son of founder Patty Schoneveld and a pretty well-known comedian and actor in his home country. The event was attended by Schoneveld’s customers, growers, suppliers and relations from home and abroad including a delegation of the company’s offshore cutting production site in Tanzania.

Premiering at the opening was Schoneveld’s new corporate video offering viewers a behind-the-scenes look of the company’s activities in breeding, research and flower seed production. The new breeding technology centre got off to a flying start, quite literally, after a drone was used to present Danielle, wife of Schoneveld’s CEO Peter van de Pol, with a colourful cyclamen

Following the official opening, guests took a walk around the greenhouses with a team of experts at hand to provide information on crop production, the company’s sustainability efforts, its closed-loop water recycling system and research and training activities.