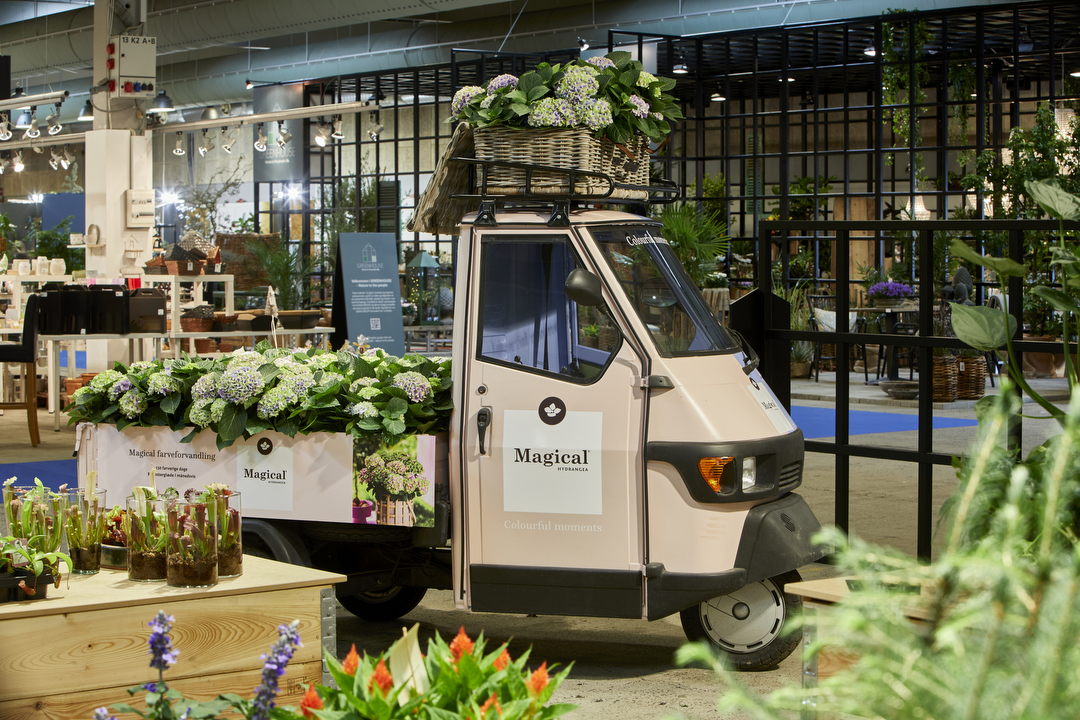 HERNING, Denmark: Magical Hydrangea, the brand name under which a range of colour changing indoor and outdoor hydrangeas are selling, wowed the crowds at Scandinavia’s design hot spot Formland that took place from 19 until 22 August at Herning’s MCH convention centre. This year, Denmark’s leading design trade fair burst with colours thanks to a stunning display of Magical Hydrangea, a line of hassle-free, colour-changing indoor (5 varieties) and outdoor (14 varieties) hydrangeas. Making its Scandinavian debut at Formland was Magical Jewel for the indoors and available for European garden retailers and florists in the spring of 2022.

Just like the other siblings within the Magical family, Magical Jewel produces masses of blooms that magically change colour at least three or four times a year.

Magical Hydrangeas are grown by a select few growers across Europe. They are produced in the Netherlands by The Mastergrowers and De Jong Plant and in the UK by Wyevale Nurseries in Hereford.

Formland has become the highlight of the trade show calendar for the global design community with an international reputation for its top-notch content. Formland 2021 attracted 10,000 visitors and 412 exhibitors from 25 countries. The show’s target audience comprises architects, retail buyers, interior designers, press, influencers and designers.

The next edition of Formland is from 3 until 6 February 2022.