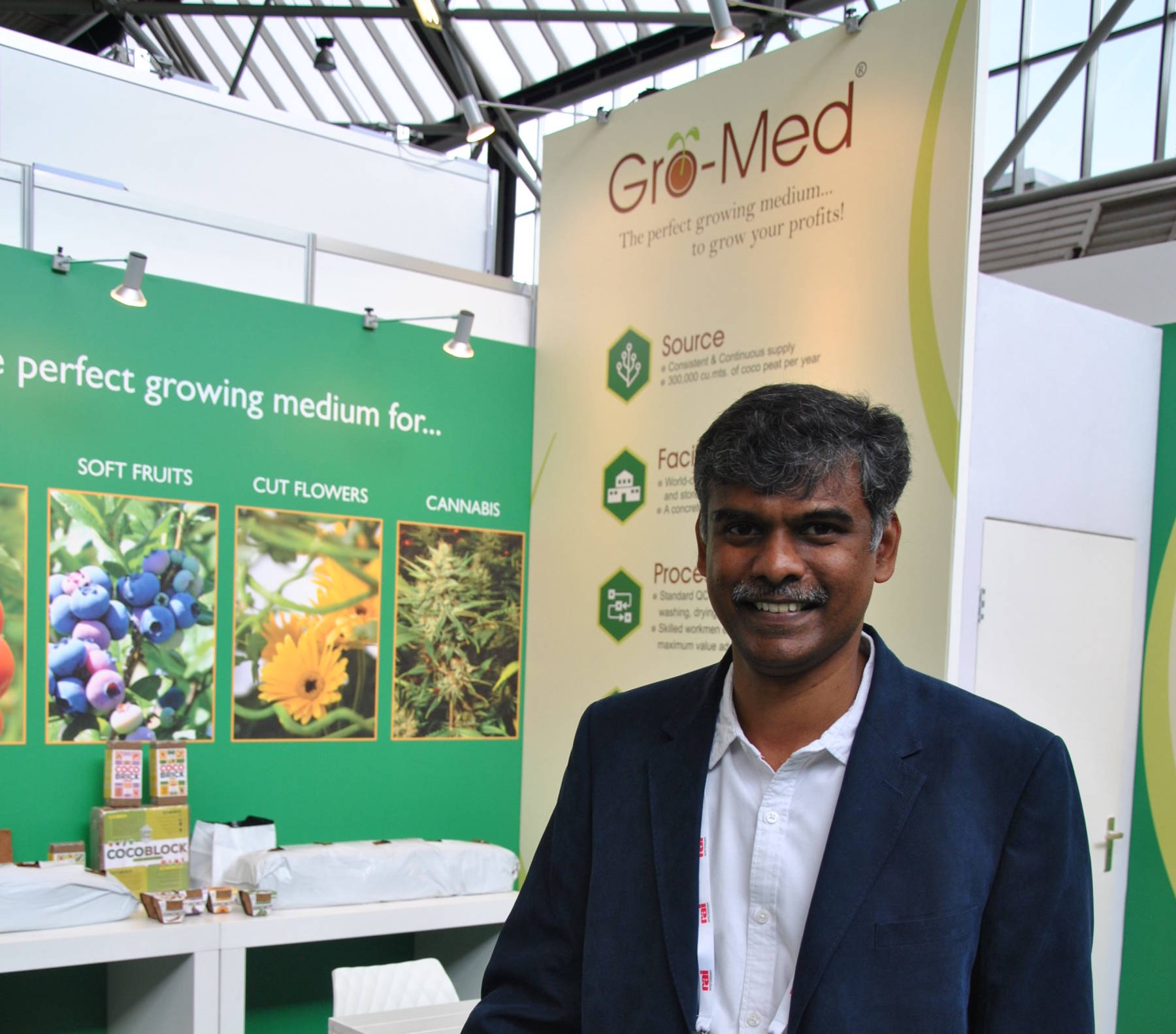 With environmental campaigners who have long been pressing the horticulture industry to cut, or even eliminate, the use of peat in growing media, Mr Pounraj sees a trend of replacing peat with coir in media mixes.

Vaighai Worldwide set up its coir business in 2012 and has its own production facilities in India and Sri Lanka. Gro-Med Coco Peat is produced according to strict production procedures, based on RHP standards. Its cocopeat is triple-washed to reduce its sodium and EC levels, dried on concrete floors and in natural sunlight. The company supplies crop-specific coir blends to suit various crop needs and is proud of offering customers an app that gives direct access to data on quality, production stage and logistic status of each order. To reduce its carbon footprint all products are compressed before shipping.