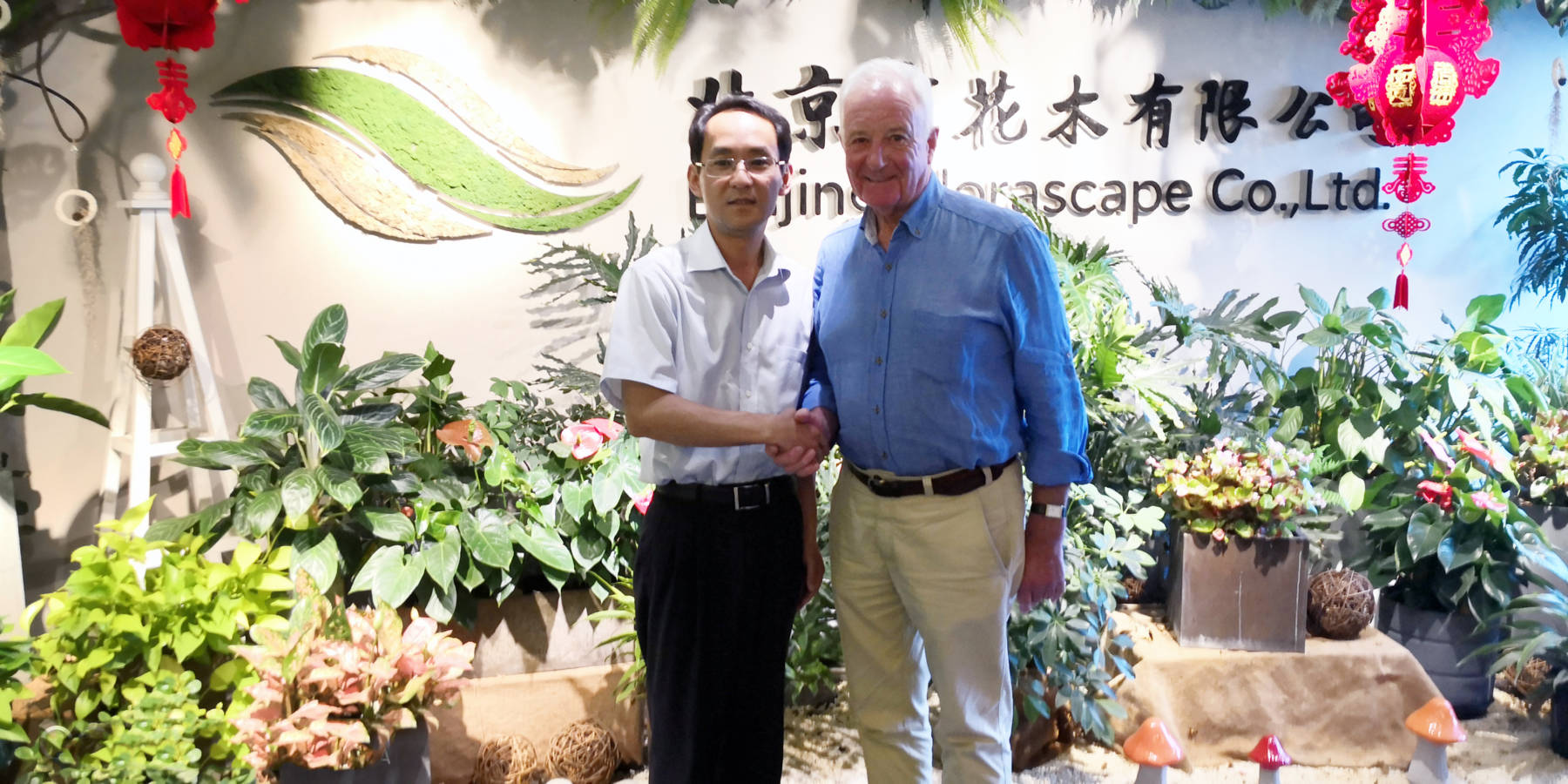 BEIJING, China: British clematis breeding company Raymond J. Evison Ltd. and Beijing Florascape have joined forces. On 7 April, a Chinese Joint Venture Breeding Project (CJVBP) was unveiled at the open days of The Beijing Florascape Company. The project is to be set up in China where the breeding work will be carried out entirely. The new ornamental cultivars will become available worldwide.

Evison is a household name in the clematis industry. Raymond Evison is the former president of the International Clematis Association, the founder of Raymond Evison Limited, the Guernsey Clematis Nursery, and vice-president of the Royal Horticultural Society. More than 100 varieties of clematis have been bred by Mr. Evison, and he was awarded the Order of the British Empire and the Order of Victoria for his outstanding contribution to the British Horticulture.

Unfortunately, due to the epidemic, Evison was unable to attend Beijing Florascape Company’s open days to witness CJVBP’s official launch .

For the occasion Beijing Florascape’s CEO, Mr Yu expressed his gratitude to Raymond Evison and  clematis expert Professor Long Yayi of the Chinese Academy of Sciences.

Professor Long and Evison are decade-old friends, and Yu said that without their support, “we would’t have stand here today”.

Mr Yu references the many wild clematis resources in China. At present, a host of large-flowered varieties on the market are from Chinese descend. He says, “However, we still have many resources that have not been effectively used. Today, we launch this project and it is a new win-win commercial breeding model. We have set our hopes on a new generation of Chinese clematis varieties. Breeding needs time, passion, and  perseverance. One cycle can take 6 to 8 years. We look forward seeing the new generation of clematis at the 2028 Beijing Florascape Spring Flower Show.”