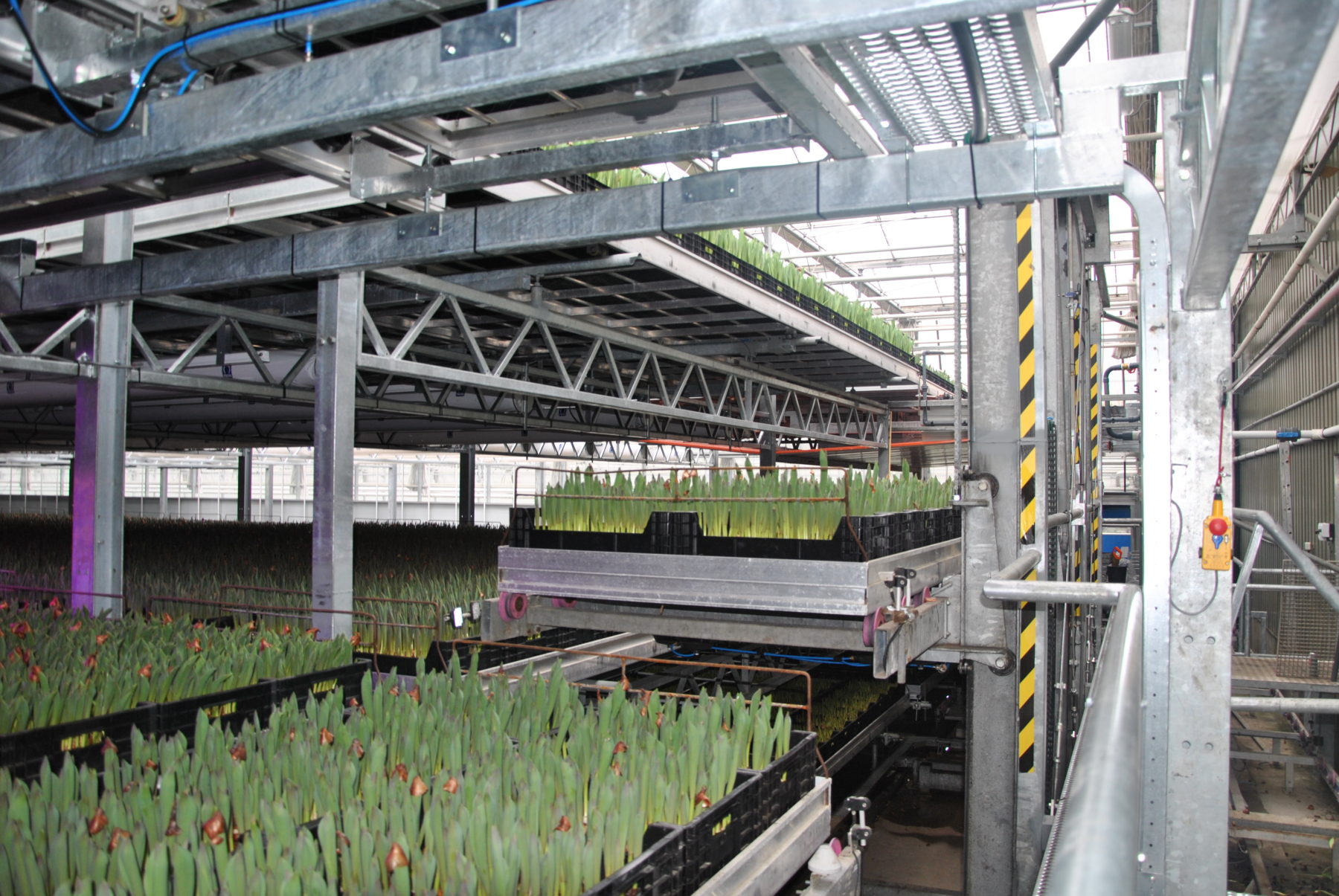 UTRECHT, Netherlands: The Rabobank expects the tulip forcing industry to grow by a billion stems by 2023. The bank makes this claim in its vision for tulip forcing and dry sale. At the same time, the risks increase, because the companies are growing fast. Dry bulb sales remain stable or may decrease slightly.

The vision was presented in Utrecht, Netherlands, in May 2018. Local presentations followed in Zwaagdijk-Oost and Den Helder. There have been many questions from entrepreneurs in these regions about future expansion of the business. This, together with the increase in the areas under cultivation identified by Statistic Netherlands (CBS) prompted the bank to write its vision. “Questions came up about the number of growing companies doubling,” said Rabobank horticultural specialist Dave Marcus.

The entrepreneur’s wishes forced the bank to promptly identify the possibilities for tulips. However, Marcus and his fellow analyst Lambert van Horen are circumspect. “It is not the absolute truth, but the direction in which we think it is going.” Moreover, growth is absolutely not for every entrepreneur, say the two. Marcus: “Entrepreneurial capabilities become more important as the risks increase with the size of the business. The bank takes a critical look at this when growers come to us.”

Entrepreneurs must keep a close eye on what their customers want and fine-tune their planning in order to serve the customer well. “Dependence on large supermarket chains is increasing, but that dependence is mutual. A supermarket cannot just go to another grower either. ”

There is plenty of space in the market for tulips, a billion extra stems to 2023. The majority of these tulips will continue to come from the Netherlands, although the bank does see opportunities abroad. “The tulip is a Dutch icon, the growing conditions are good, and the knowledge is here,” says Van Horen as arguments for retaining the sector in the Netherlands. “However, we do believe that cultivation can also take place on a larger scale in Poland for example, just as it is done in France.”

The bank thinks that there is also opportunity for extra sales in Eastern Europe. “Germany remains the most important country, but that market is virtually saturated with one and a half billion stems. We believe that there are possibilities further east.” There are opportunities, especially for the standard tulip which is sold at supermarkets. “They are good competitors for Dutch gerberas and roses from Ethiopia and Kenya for instance.”

The tulip sector will change over the next few years, according to Marcus and Van Horen. “We see that tulip forcers will want to maintain control of bulb farming and that there is a clearer separation among bulb farmers between the bulk farmers and those who grow smaller, more expensive varieties. The large tulip growers (read forcers) also handle sales themselves, directly with the supermarkets. This leads to a shortening of the supply chain.”

Mediation also needs to adapt to the closer ties between breeder, tulip forcer and customer. “Market information is shared less, and the brokers and auctions are less relevant to the pricing. We have already been seeing this for a long time in the vegetable sector. The auction clock plays almost no role anymore and there is very little transparency. ”

There are concerns about the disappearance of independent, collective research into the bulbs. This is desperately needed to ensure that the sector is less harmful to the environment, to ensure bulb nurseries stay healthy and to speed up breeding and propagation. Marcus: “Sustainability should also be much moving much faster. Consumers and retail both demand this of the sector. That has also gone the same way in vegetable production, where the supermarkets came have placed with extra non-statutory requirements on products. ”

The sector specialists and analysts are not afraid that the breeding operations will disappear to a foreign country, because of the more flexible requirements for genetic engineering. “The restrictions on flowers are not so great. Speed is a more crucial factor. The techniques in flowers bulbs are about 15 years behind those in vegetable cultivation and nearly twenty years behind large arable crops. There is still something to gain before relocation is necessary. ”

Anthos, the trade association for the bulb trade is somewhat more cautious about the predicted growth. “We also see the production area growing, but that’s not to say that the revenue will grow along with it,” says President Henk Westerhof. He warns against an overly rosy picture of the future. “The billion stems should not take on a life of their own. There may be a market, but you must be able to serve it. We often see that an increase in production areas can be negated by diseases, pests and weather. ”

Westerhof is also less euphoric about expansion possibilities in the Eastern European market. Political relations, exchange rates and plant health requirements can hinder opportunities in countries such as Poland, Estonia, Latvia and Russia, according to the president. “That does not mean that we are pessimistic, not even in relation to other countries such as China and North America. We see a growth in the number of countries who buy tulips and an increase in the area and concentration of tulip cultivation in Netherlands. As far as we are concerned, lack of space and a good crop protection package are the biggest limiting factors.”

Like the bank, KAVB is optimistic, but states that an acceleration of sustainability is ‘tricky’ in practical terms.  According to Director Prisca Kleijn, many steps are already being taken. “But it is almost impossible to do this even faster, particularly because the slow breeding and propagation of tulips is still a major problem.”

The vision of the bank is not surprising according to the KAVB. “We also see that the tulip sector needs certainty when it comes to available land, health and a sustainable cultivation. There is a need for further change in cultivation systems, but the will and the need are there. With projects such as Schoon erf, Schone Sloot, Het Nieuwe Verwerken and Vitale Teelt, entrepreneurs and researchers are searching for solutions. ”

On Monday 14 May, the Rabobank published its vision ‘ Tulip mania or Tulip bravado?’. In it, the bank states that the tulip is a national symbol. The dry-sale market is stable, and the outlook for cut flowers is good, worldwide sales can grow to one billion stems in five years. However, ‘quality awareness’ needs to increase, and good soil is increasingly scarce.

Business succession is stagnating due to company growth. Economies of scale in cultivation, forcing and trade will continue, and healthy companies grow with it. Risks also increase as a result. Research collaboration is necessary in order to keep the sector healthy.  The current fragmentation is a hindrance.