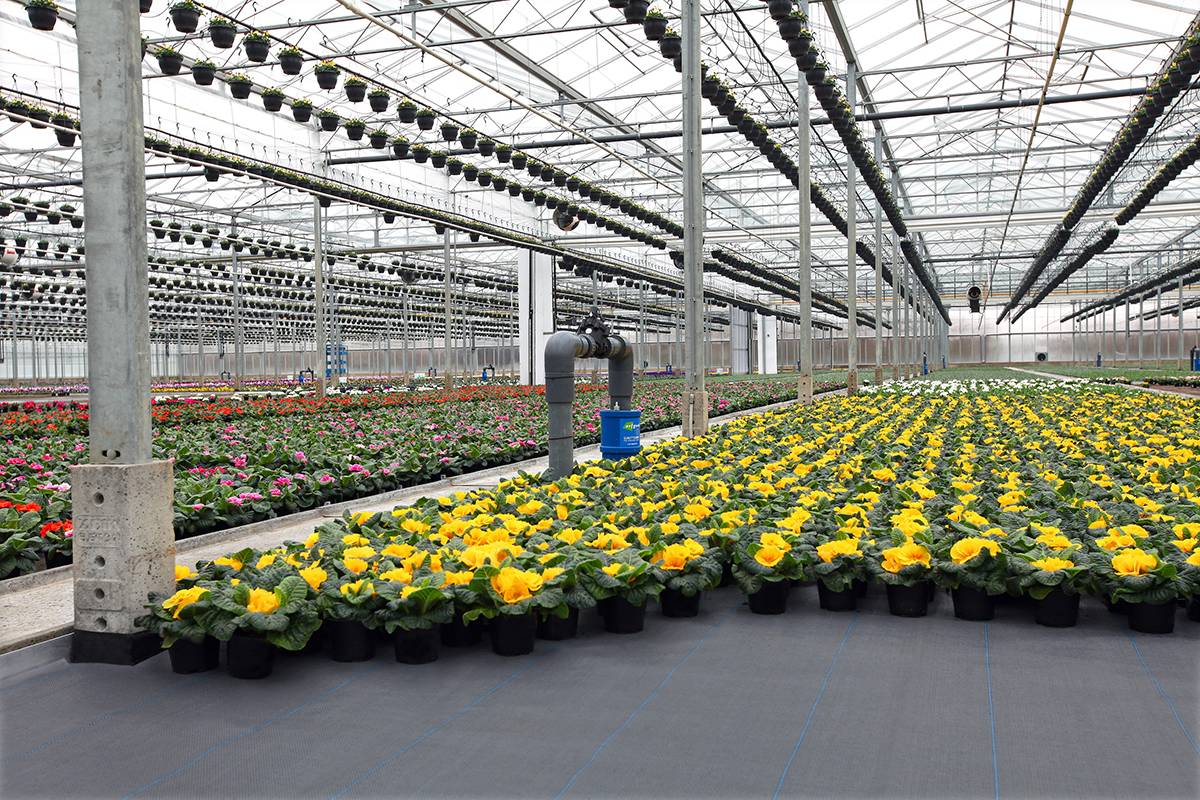 Innovation by ErfGoed will see producers of soil-grown cut flowers able to reap the benefits of crop uniformity, close environmental control, and improved sustainability that its flood-floors have been offering since the 1990s to those using pots and containers.

The Dutch company’s unique ebb and flood designs have evolved from a vertical drainage scheme it initially developed for tennis courts. “When growers saw it, they immediately realised the advantages – uniform and fast drainage on a surface strong enough to be walked on or drive a forklift over,” says ErfGoed sales manager Peter Vos.

“The Netherlands was the first country to legislate to prevent emissions from nurseries into the soil, but other countries are following so there is increasing international interest in the experience we have built up in this area.” The company counts hundreds of growers in more than 25 countries among its customers.

A stunningly even application of water

An ebb and flood system in which crops are irrigated by water supplied uniformly upwards across the whole floor was the natural next step for ErfGoed’s floor design, he says. The water supply and drainage pipes are incorporated in a porous layer of gravel and crushed stone, which is itself sandwiched between an impermeable membrane beneath and capillary matting topped with geotextile cloth above.

“The floor is compartmentalised so that different crops in the greenhouse can be irrigated to different schedules,” says Paans. He elaborates, “When a compartment is irrigated, the water rises up simultaneously across that area, rather than from one side to the other, and the drainage system allows it to fall again just as evenly.

“That’s what gives you the very even application of water, and fertiliser when you are liquid feeding. The drainage properties mean the whole surface is dry immediately after watering.” 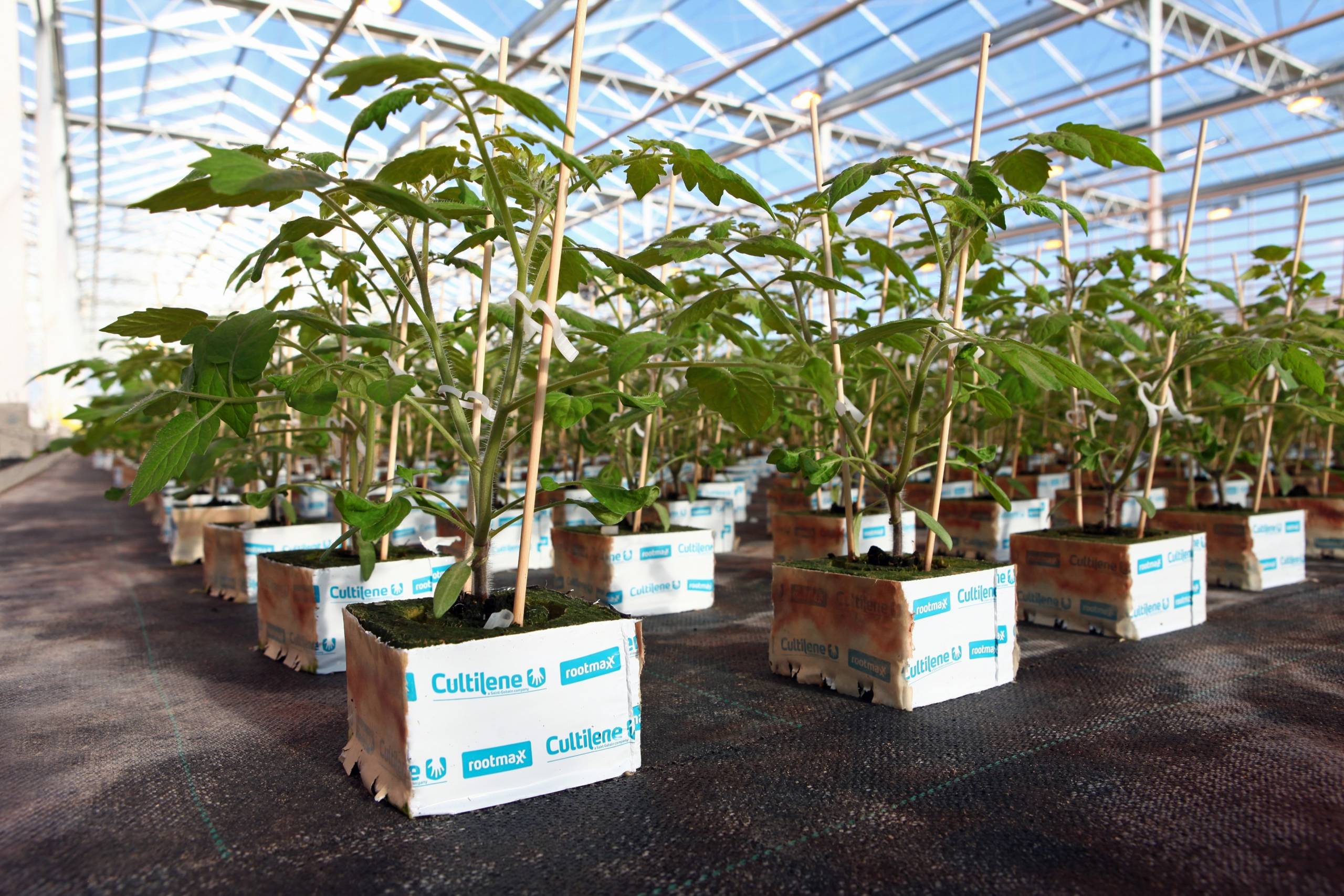 Erfgoed is taking the idea of plant empowerment from the approach to climate control that Dutch edible crop growers use.

The company supplies the complete installation package, including water storage, pumps, water treatment and fertiliser dosing and control. Its latest development, which is just starting to be rolled out, sees the system able to be scheduled from sensors in the floor. It can be controlled remotely from a smartphone, and ErfGoed can even troubleshoot a grower’s installation remotely over the internet.

“Having full control over the detail is the only way to guarantee the result for the grower,” says Vos.

“We are taking the idea of plant empowerment from the approach to climate control that Dutch edible crop growers use, so start from the point of view of what you want to achieve with your crop,” Paans explains. “We have our trials facilities and, increasingly, the growers who use our floors are also playing a part, through our ErfGoed academy and our networking platform that allows all our customers to learn from our research and also from each other’s experiences.”
One of the most important lessons has been how the floors can help with humidity and temperature control. “You can bring water into the floor without raising the level enough to irrigate the crop,” says Paans. “This cools the floor, which is a big advantage in warm climates.

“We can also blow air through the pipes while there is water on the floor at this level, which raises the humidity in the crop canopy. You can significantly reduce heat stress in the crop this way.

“The point is, you are controlling the microclimate around the plant itself, where it matters, and as a result our growers are using 10 to 20 per cent less energy for climate control.” 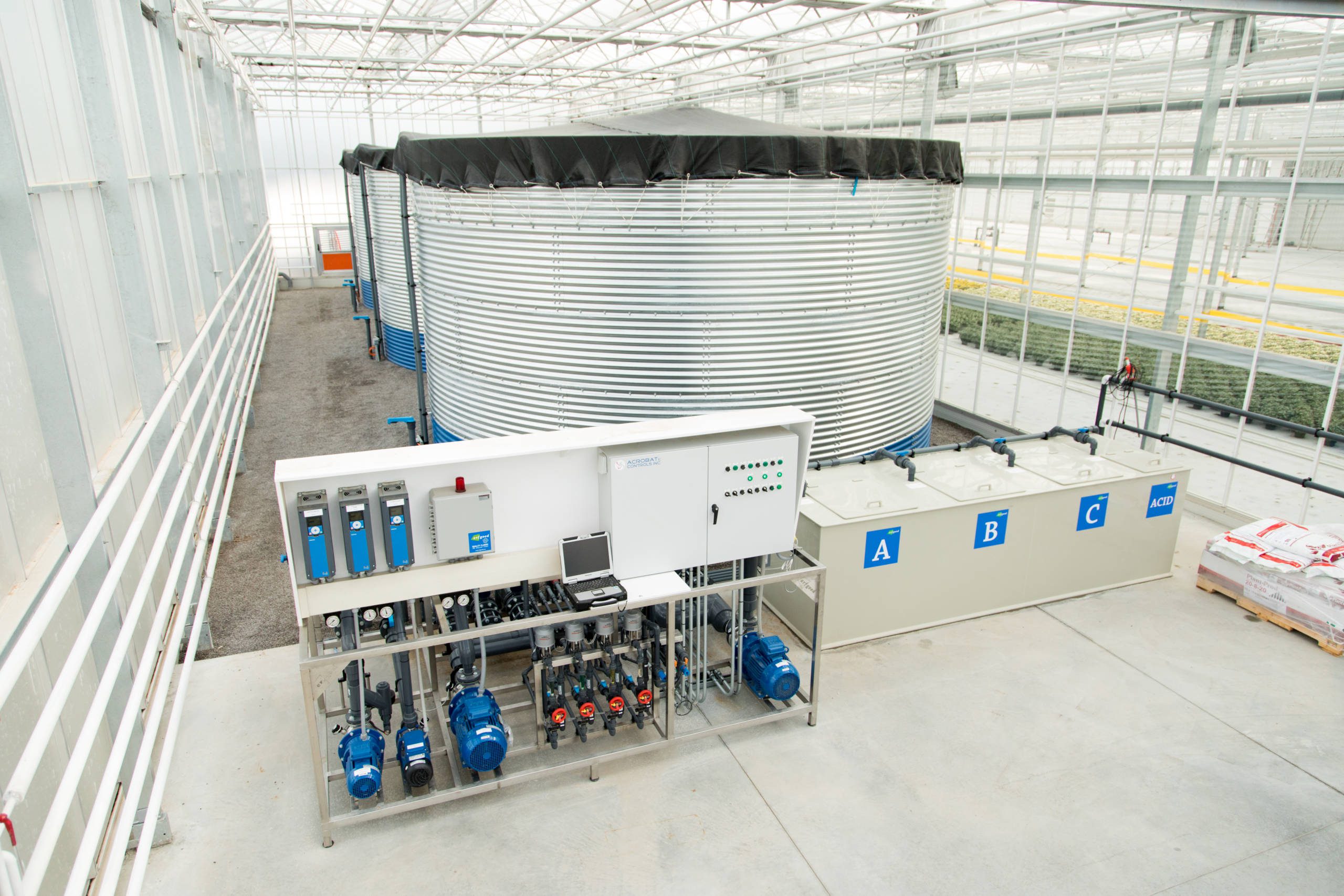 ErfGoed’s latest trials have shown the potential of its ebb and flood floor for cut flower crops such as Chrysanthemum and Lisianthus, which are traditionally grown in greenhouse soil but for which growers in the Netherlands are having to find ways of isolating from the ground.

In the trials, a layer of soil or commercial growing medium is laid on top of the floor. The results have been very promising, says Paans, not just in terms of crop productivity but confirming the set-up yields the same advantages in areas such as water and fertiliser savings, uniformity, and climate control as for pot crops. The fact that the soil layer was confined and shallow meant it was easier to treat for root-zone pests and pathogens too, helping growers to implement more comprehensive integrated pest management.

“We should be ready for the first commercial installations of this kind next year,” says Vos. “And the system should be particularly beneficial in warmer climates because of the temperature and humidity control it offers.”